Rep. Ilhan Omar presses her supporters to get off the sidelines and take part in 2020 election. 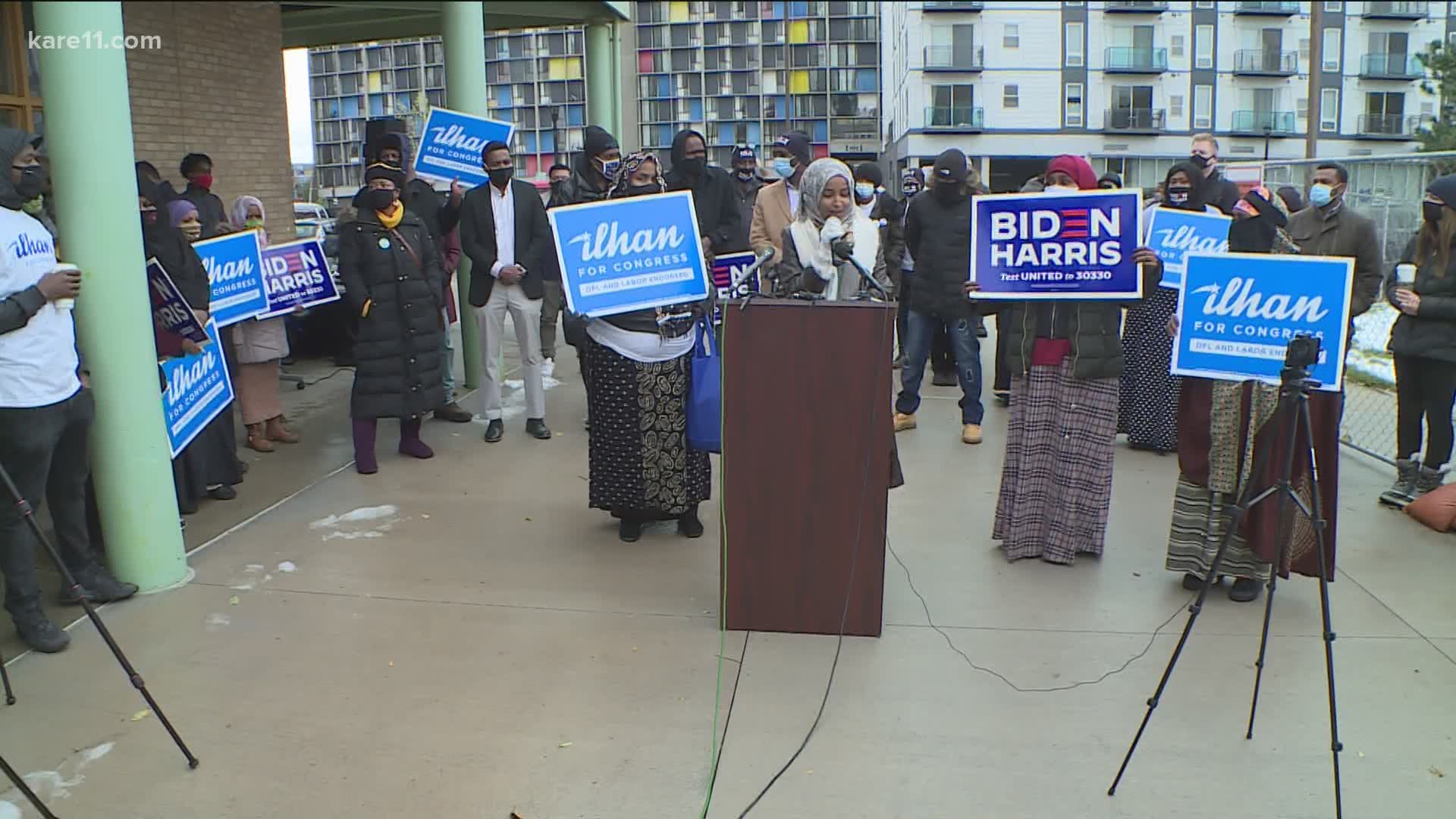 MINNEAPOLIS — Minnesota's 5th Congressional District has traditionally been the most solid blue district in the nation -- the last time this area sent a Republican to Congress was 1960.

But Democrats aren't taking anything for granted in the 2020 cycle, especially after the turbulent year Minneapolis.

That's why Rep. Ilhan Omar and her fellow Democrats spent Friday afternoon urging people to stand up and be counted this year. They gathered in the Cedar-Riverside area to make final appeal to get voters off the sidelines.

"I grew up in a household where people understood how powerful their voice could be because they were denied that voice for a really long time," Ilhan told reporters, referring to her parents and grandparents in Somalia.

She said her grandfather was one of the first immigrants to get other Somalis interested in politics.

"I exercise my voice every single time through the ballot box."

Omar survived a heavily funded primary challenge in August from local mediation attorney Antone Melton Meaux. She said she feels good about her chances in the general against Republican challenger Lacy Johnson.

But she doesn't want her supporters to become complacent when there are other importance races up and down the ballot.

"For us it isn’t just about the presidential election. It’s about also sending Tina back to the Senate, winning the state senate here in Minnesota."

Johnson, a longtime northside resident and Internet Technology consultant, says he knows the odds are long, but he takes heart from the biblical story of David and Goliath.

"I don't compare myself to what I'm up against. And let's face it, you've got to have faith!"

Johnson has played up the need to support the police and President Trump and has urged voters to reject identity politics and focus instead on solving employment and crime problems that have plagued people in parts of Minneapolis.

It's been a tumultuous year in Minnesota's largest city, to say the least.

Springtime brought the coronavirus pandemic and the forced economic downturn it sparked. That was followed by the Memorial Day killing of George Floyd in police custody, which gave way to massive protests and eventually rioting that devastated two major commercial corridors.

Johnson's ads feature news footage of burning buildings surrounded by rioters. The fact he can even raise money for TV advertising is a reflection of the fact the CD5 race has attracted national attention from donors who'd like to unseat Rep. Omar because of her tussles with the president.

After her rally, Omar invited the media to follow her to the Hennepin County Government Center, where she voted early absentee in person. She said she wanted to demonstrate how simple the process is and motivate those who may not think it's worth the trouble. 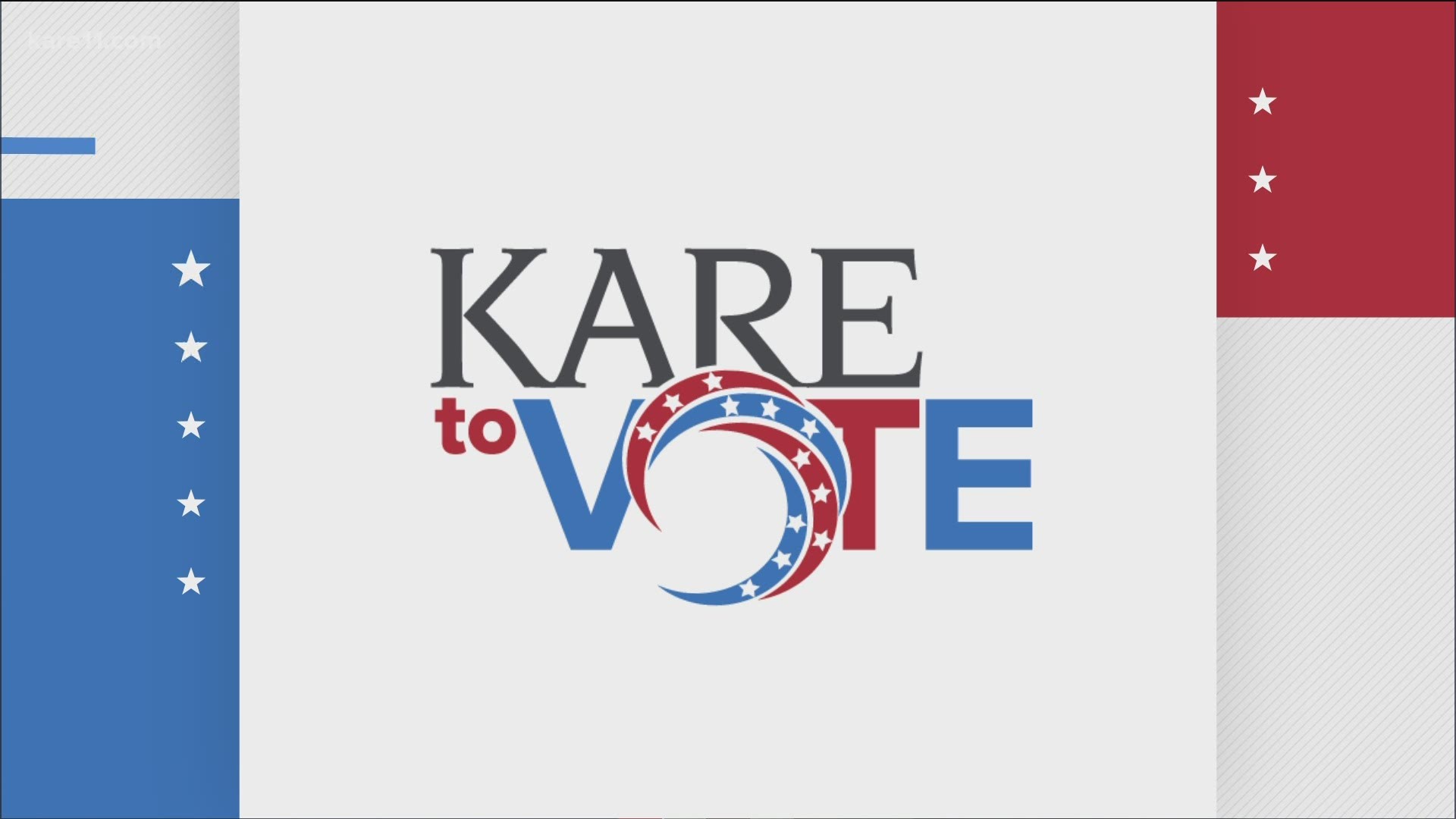