Owatonna High School's future will be up to voters

Owatonna businesses are pledging millions of dollars if voters pass a bond referendum for a new high school. 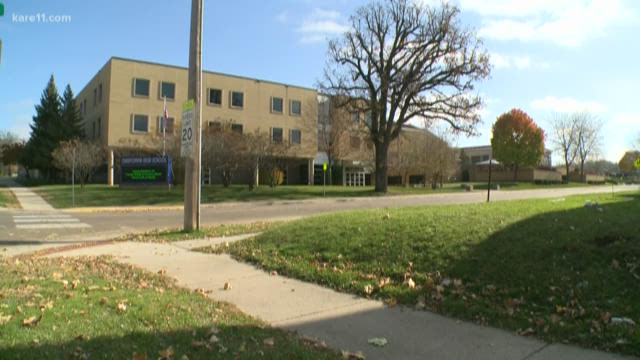 OWATONNA, Minnesota — It's not unusual for communities to have school referendums on the ballot but in Owatonna, it has some unique financial support.

Local businesses are pledging millions of dollars if voters pass a bond referendum for a new high school.

"The building is just not set up for 21st century learning opportunities for our students," said Jeff Elstad, superintendent of Owatonna Public Schools.

The current high school is nearly a century old. Superintendent Elstad said the long list of problems include heating and cooling, small classrooms and not enough parking.

"The campus is a total of 19 acres and right now the Department of Education recommends that a campus for this many students should be about 77 acres," Elstad said.

But it's up to voters to decide on two questions. Question 1: $104 million to build a new high school on a new site. Question 2: $8 million to repurpose the current high school for other district or community use.

RELATED: Does your school district have a referendum on the ballot?

There are plenty of people both for and against the referendum. In May, voters were split in half and they narrowly rejected a new high school.

Elstad said after the vote, district leaders went door knocking and listened to voters' concerns. Those who voted against the referendum said the cost of the high school was too high, the tax impact was too high and they wanted to look into comparing the costs of remodeling the current high school versus building a new one.

Elstad said they've cut down on the building size and capacity and were able to take off $12 million.

A handful of local businesses have pledged their financial support for the new high school.

"I do think a vibrant school system helps attract new people and helps keep property values elevated," said Kelly Schuller, president of Viracon. The local business makes glass for commercial buildings all over the world. With 1,800 employees, hiring is a challenge.

"It is very often the constraint on our business, is our ability to attract employees. So the new high school won't be here for quite some time but we look at it as... Wow, if it's a problem now and we don't do anything, in five years, ten years, it'll be a dramatic issue that could force the company to have to expand elsewhere. So it is really difficult to hire employees right now," Schuller said.

Viracon has pledged to provide all the architectural glass for the high school at cost. Schuller estimates it'll save the district $500,000 or more.

While these businesses had pledged their support prior to the May referendum, which failed, this time around Federated Insurance has also pledged to purchase the land for the new high school and gift it to the district. That's about $2 milion.

"I believe that the gifts will climb well over $25 million once the project is designed and again that's unprecedented business support for a public school system," Elstad said.

People will vote on both these ballot questions on November 5. Polls open at 7 a.m. and close at 8 p.m.