Democrats say the COVID pandemic has exposed disparities when it comes to paid time off in Minnesota, prompting a new attempt to create state family leave system. 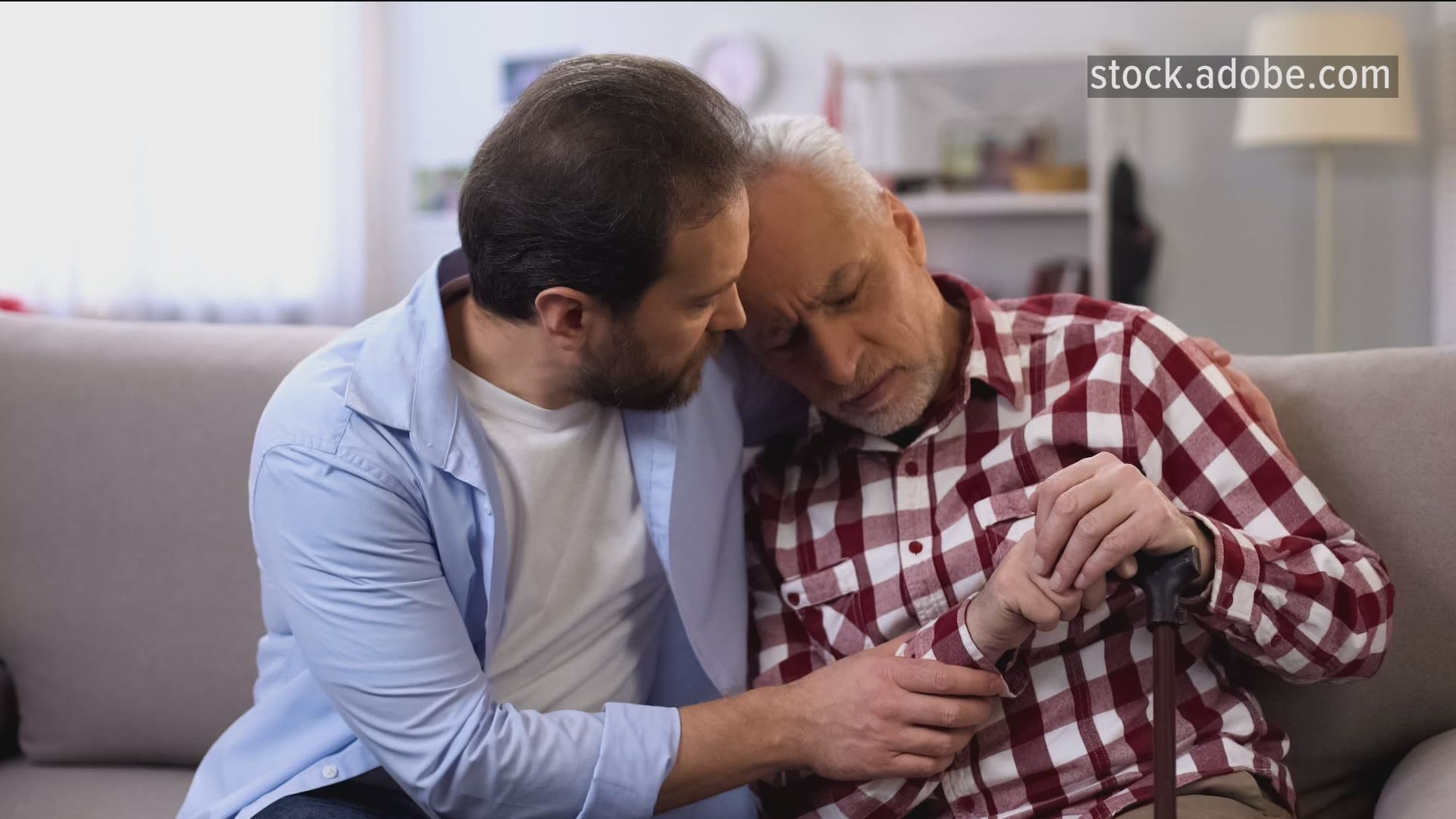 ST PAUL, Minn — Paid sick and family leave remains elusive for most Minnesota workers, especially those who work at lower wage jobs and risk being fired if they are forced take time off to care for a loved one or a new baby.

The COVID-19 pandemic has exposed that gap between the haves and have nots when it comes to paid time off from work. It's one of the reasons DFL lawmakers are taking another run at created a statewide paid leave program for those who currently can't get that benefit.

"It's addressing an inequity where Black, Indigenous and families of color and families earning lower wages do not have the same opportunity to make sure their little ones start life with strong familial connections that impact short and long term familial development," Rep. Ruth Richardson, the lead author of the bill in the House, told reporters Tuesday after her bill passed its first committee test.

"Access to paid leave has measurable benefits for children, for families and for employers."

Her bill envisions a statewide insurance fund supported by premiums paid by both employers and employees, similar to how workers compensation and unemployment insurance already function.

The premiums would amount to 0.6% of the employee's pay. People enrolled in the program would be eligible for up to 12 weeks of paid leave to an illness, pregnancy, or to care for a newborn or other family members. The payments would be a portion of what they normally earn, based on a formula.

"Smaller businesses don’t have the capacity to put these programs on their own," House Speaker Melissa Hortman explained.

"They need to be part of a bigger system, just like unemployment insurance, just like worker’s compensation."

Debra Fitzpatrick of the Children's Defense Fund cited Dept. of Labor statistics showing that one in four new mothers return to work when their babies are just two weeks old, and lower wage workers are three times more likely to be fired while taking unpaid leave from work.

"To ensure a new mother does not have to choose between a paycheck and taking time off to bond with a newborn, to ensure that a son doesn’t have to choose between taking care of his father who is undergoing treatment for cancer and putting food on the table, to ensure that workers who need time off for a serious health condition are able to do so and still pay their rent."

May McCoy Anderson said she had to quit her job as nurse in the Twin Cities so she could take care of her ailing parents in North Carolina. She had to divide her time between her parents North Carolina and her own family here in Minnesota.

"I had to fly every three months to North Carolina and still maintain my Minnesota home. I had to quit my job and file for unemployment just to survive," McCoy Anderson explained during a Zoom press conference organized by ISAIAH.

The paid family and medical leave bill passed the Early Childhood Committee in the House, with all the Democrats voting for it and all the Republicans voting against it.

During the committee hearing Republicans also cited Covid, but as a reason not to go forward.

"Who is this committee and the testifiers to determine what people can and cannot afford right now? What's affordable to you is not necessarily affordable to the next person," GOP Rep. Mary Franson of Alexandria remarked.

Other Republicans raised questions about how small businesses are expected to temporarily replace staff members while they're on paid leave. They mentioned childcare centers that already face staff shortages.

But Rep. Richardson said employers already have to temporarily replace workers who go on unpaid leave or are forced to quit in order to care for a child or elderly family member.  She said being part of a paid leave system would actually help with recruitment and retention of employees.

Fitzpatrick of the Children's Defense Fund said in states that have paid leave it averages one week per employee over several years, and the average leave taken lasts two weeks rather than the full 12 weeks.

Senate Minority Leader Susan Kent of Woodbury is carrying the companion bill in the Senate, but no hearing has been held yet in that body.

Minnesota ⁦@LtGovFlanagan⁩ lends her support to paid family and medical leave bill being carried by ⁦@RuthForHouse⁩ and ⁦@SusanKentMN⁩ This system would work on an insurance fund model with employee and employer contributions pic.twitter.com/c84t5HJ13N