DFL and GOP chairs take opposing views on whether to change presidential primary. 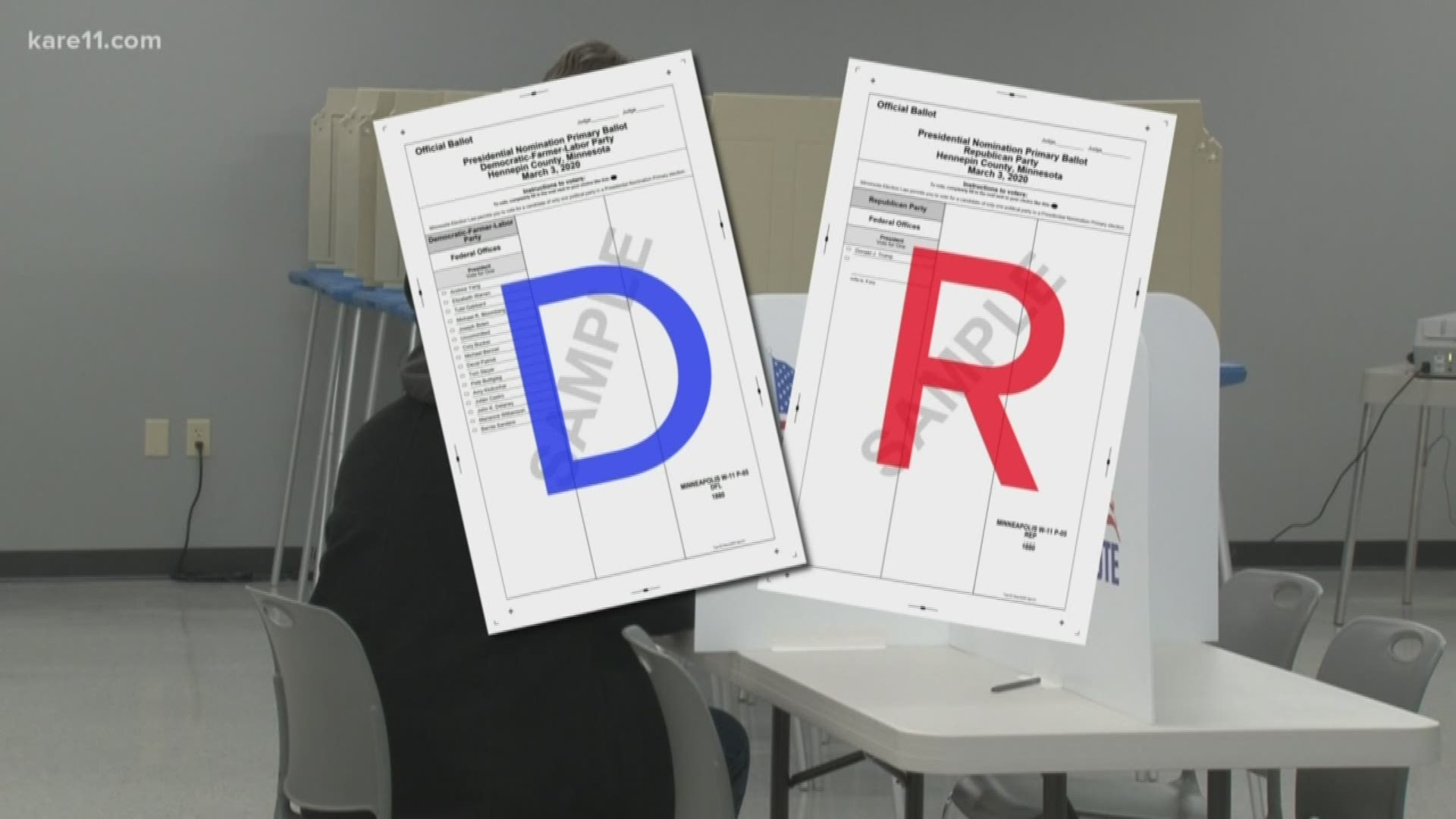 ST PAUL, Minn — The chairs of Minnesota’s two largest political parties disagree on whether the legislature should step in and change presidential primary process before the March 3 election.

DFL Chair Ken Martin asserts the current rules are creating a chilling effect which could drive down turnout.

"We understand people’s concerns around privacy and we’re going to work towards that, particularly with the DFL with Republicans who care about that issue in the legislature," Martin told reporters Tuesday morning.

Minnesota GOP Chair Jennifer Carnahan said she’s against the idea of changing any rules this close to the election, which already began with early voting Jan. 17. She said parties should be trusted with information they’ll collect about voters in that primary.

"There are over 40 states in the country where the primary voter file is given to state party units as a part of that standard voter file, and so what was put in place in Minnesota is no different than that," Carnahan remarked.

The two party chairs appeared at the Capitol for a different purpose; to urge Minnesotans to attend their precinct caucuses, which were happening Tuesday night across the state. There's no presidential straw poll this time, but those meetings are still essential for party functions like endorsements, platforms and convention delegate selection.

Minnesota voters take their privacy seriously, especially when it comes to which political party they favor.  That’s one of the reasons people don’t register by party in this state.

Even in the August primaries voters have been issued one ballot, and just vote the DFL side or the GOP side. If someone tries to vote in both primaries the machine will kick out the ballot and the voter gets to try again.

But in the state’s March 3 presidential nominating primary voters will be asked to pick either a Republican or Democrat ballot. That ballot partisan preference will be recorded, and the Secretary of State’s Office will be required to give the state’s four major political parties lists of which voters picked which ballot.

Simon says he’s heard from a wide cross section of voters who may skip the primary because they don’t know what the parties will do with those lists.

"Everywhere I travel in this state I hear from people who are worried, they're just not comfortable with the risk to their political privacy," Simon explained.

He supports a bill from Rep. Ray Dehn, a Minneapolis Democrat, that would provide more privacy safeguards for voters.

"It gives people an opt-out, any voter who votes in the primary before, during or up to 10 weeks after can say, 'Take me off the list'."

The 10-week window is because it’s going to take the Secretary of State’s staff that time to assemble the lists.

"It would make clear this is private data under state law, which means a bunch of penalties, including stiff financial penalties if anyone discloses even one name to someone they're not supposed to," Simon said.

The bill will be taken up by the DFL-controlled House Wednesday night, and is likely to pass. The fate of the idea in the Senate is less certain.

Senate Elections Committee Chair Mary Kiffmeyer, a Big Lake Republican, agrees with Carnahan’s position.  Sen. Kiffmeyer told KARE she believes political parties can be trusted to handle the ballot preference data, and that no change is needed before Super Tuesday.

Some Republican House members have proposed simply not recording the party preference in the first place.  But the state parties say the national parties insist on knowing who voted in the their primary, to verify the results weren’t unduly influenced by people who belong to other parties.

Martin and Carnahan have said both the DNC and the RNC won’t seat Minnesota delegates to their national conventions if they don’t get those lists. If that were to happen the entire presidential primary would be a waste of time and money; costs are projected at $12 million.

The Dehn bill would restrict the use solely to that verification process. The national parities would risk the same financial fines if those lists are shared or sold to other entities. 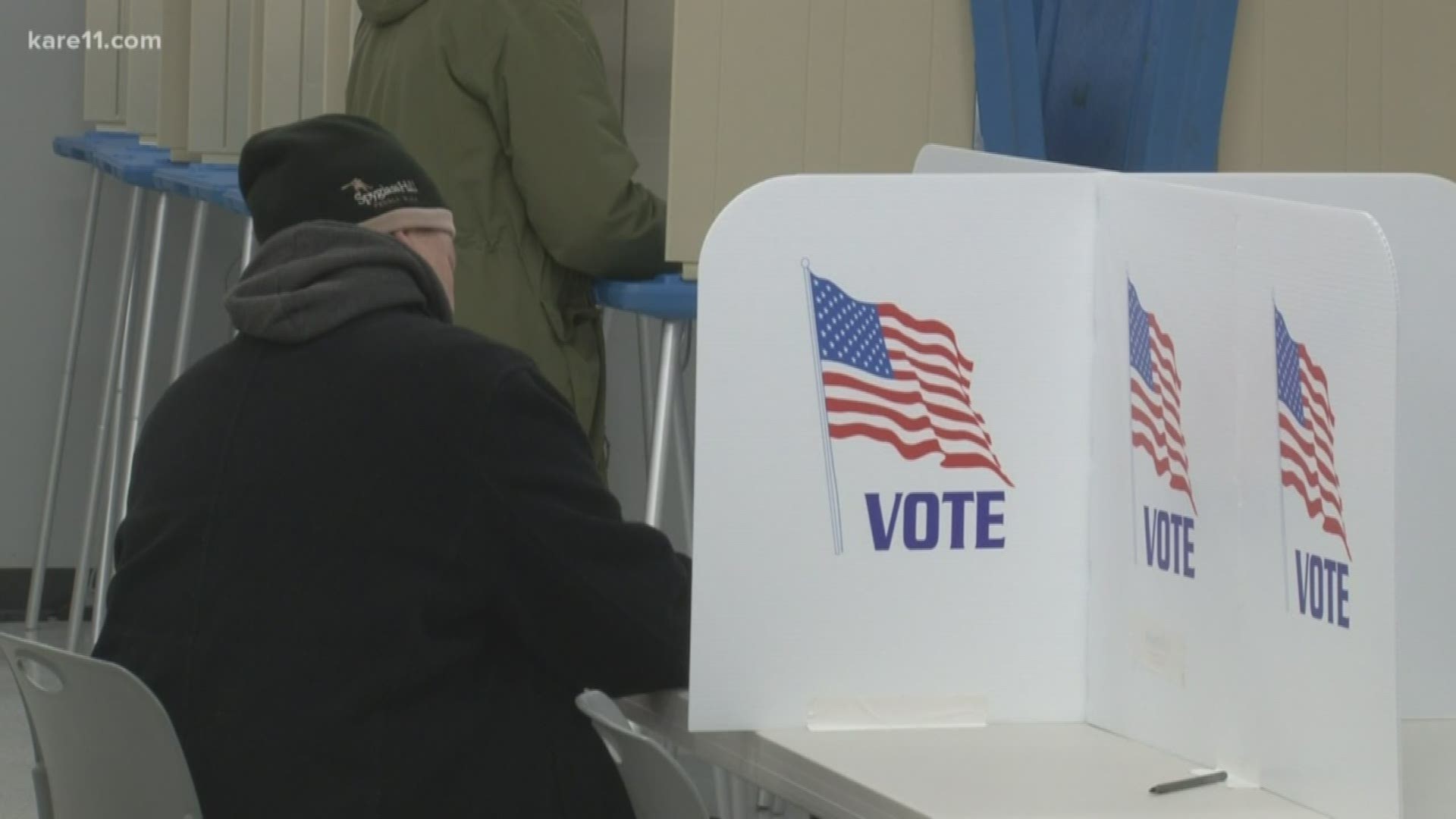