"The question I am asking myself, is it the right thing to do? Can I actually make a difference for Minnesota doing it? I think I believe I can,” Gazelka said. 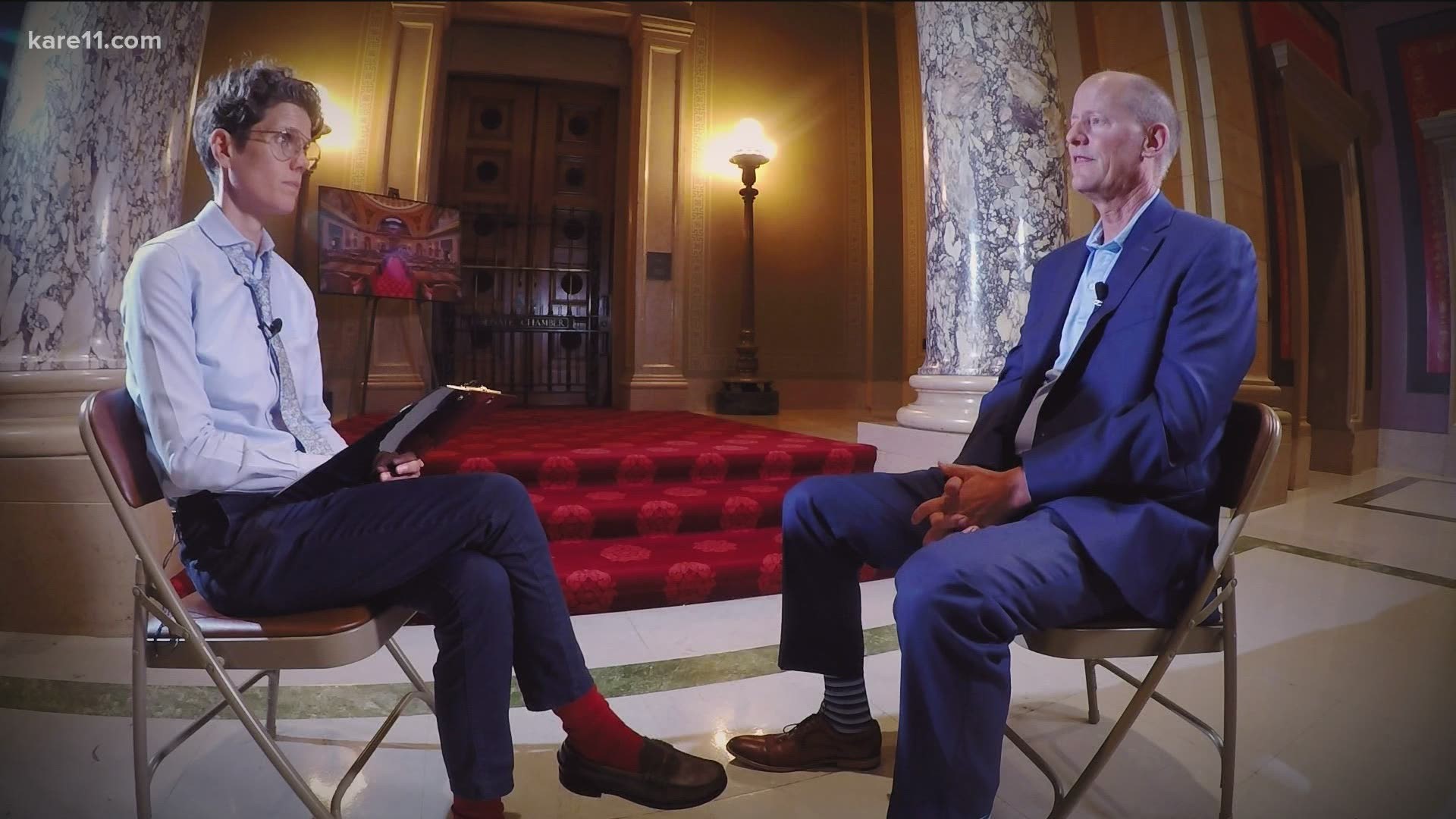 GOLDEN VALLEY, Minn. — By the end of this year, or sooner, we are going to know who is vying for the job of governor in this state as the election is in November of 2022.

Democrat Tim Walz, our current governor, hasn't officially said he is running for re-election, but sources say it is likely he will.

On the Republican side a couple of state Senators have said they will run but a focus is on one of the most powerful Republicans in the state, Senate Majority Leader Paul Gazelka.

KARE 11's Jana Shortal sat down with him last week to ask, will he, or won't he, run.

“I am definitely thinking about it,” is the answer from Senator Gazelka recently on if he will run for governor.

"The question I am asking myself, is it the right thing to do? Can I actually make a difference for Minnesota doing it? I think I believe I can,” Gazelka said.

The Senator says he is taking his time making this decision and that it could come in weeks or months.

And he said other Republicans in the race won't influence his decision.

"Can I do a better job than Governor Walz did and I think what I would say is I think people will be looking for a change,” Gazelka said.

Change is something voters often choose in a midterm but to be specific of what he would have done differently than Governor Walz he focused on two areas.

He cited the unrest response from last summer.

"I would have gotten the (National) Guard in much much quicker. Wednesday when the city asked for it was the latest we should have done it,” Gazelka said.

And as for the state's COVID-19 response?

“COVID itself we had to figure out how to battle together and you know we have never been through that so I don't know that I would have done everything right but I would have done some things different. But emergency powers, I would not have taken them as broadly and comprehensively, and I definitely would have given them up much sooner,” Gazelka said.

And as for the track record of his party in recent years, in statewide seats it has been bleak.

Tim Pawlenty was the last in the party to win the governorship, neither U.S. Senator from our state is Republican and both the attorney general and secretary of state jobs are held by Democrats.

“I do believe Republicans with the right candidate can win in Minnesota,” Gazelka said in response to that.

And as for which Republicans?

Some powerful elders in the party were outspoken in their disagreement with former President Trump. And that party itself in some ways is still divided over it.

“I think to win in Minnesota you have to have the people passionate about Trump and the Republicans who aren't plus some Independents plus Democrats. I feel like I can connect to all those different groups. Unless you get the Trump supporters and the people who supported someone else you can't win,” Gazelka said.