The road ahead for criminal justice reforms is unclear in the state were George Floyd died. State lawmakers hit a self-imposed deadline without reaching agreement 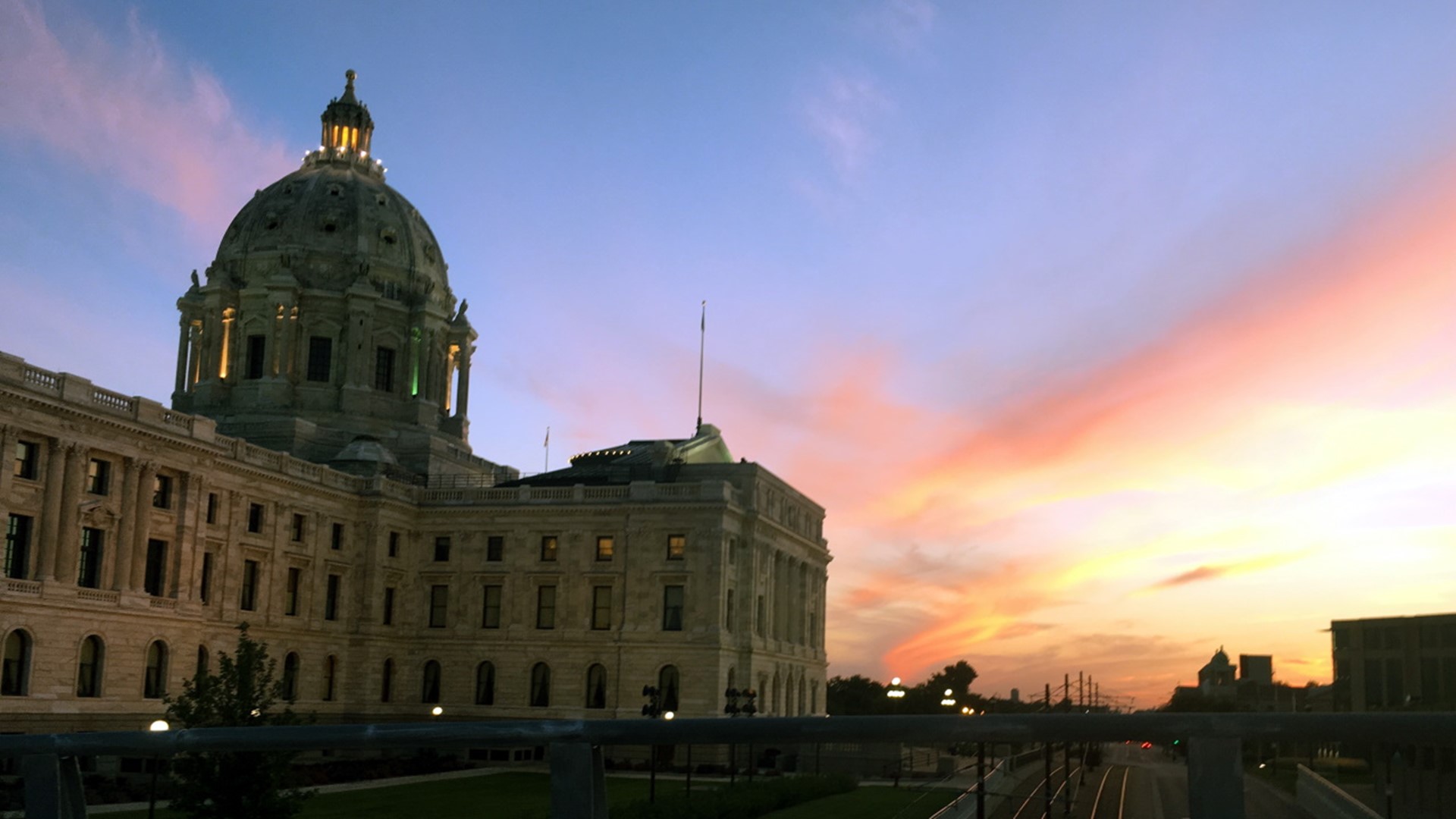 MINNEAPOLIS — The cries for change have been louder here than anywhere else, because this is the place where George Floyd lived the final minutes of his life in restraints and pinned to the pavement by police officers in a scene viewed on video across the world.

But the future is uncertain for a long list of police reforms designed to prevent officer-involved fatalities and increase accountability for officer misconduct. Minnesota lawmakers hit their self-imposed deadline Saturday before they could reach an agreement on criminal justice reforms sparked by Floyd's death.

Minnesota has the only divided legislature in the nation, so it's not uncommon to see rifts between the DFL-controlled House an the GOP-controlled Senate. But the barrier to crafting a compromise on law enforcement is based on a deeper division; Democrats and Republicans fundamentally differ on the the factors that led to Floyd's death.

Democrats see it as part of a larger, historic pattern of strained relationships between police and communities of color -- especially black men who are injured and killed in disproportionate numbers. DFL leaders see that as an extension of systemic racism and deeper societal inequities fueled by wide racial disparities in housing, education, income, employment and outcomes in the court system.

"What I heard protesters who gathered in Minnesota and all over the world say is, 'No justice, no peace'," DFL House Speaker Melissa Hortman told KARE.

"Our role in that is to create better justice in the law. To make sure the laws are just and fair for everyone and that they protect people who've been harmed."

In floor debates it became clear Republicans view the Floyd's death mainly as a failure by Minneapolis leaders to assert discipline over that city's police department. They're wary of any changes that will have an adverse impact on other law enforcement agencies across the state.

"Most of the complaints come from Minneapolis. Some from St. Paul, but very little outside of that. I'm not saying none."

Gov. Tim Walz called lawmakers back to the Capitol for a special session that began Friday, June 12. The goal was to tackle police reforms, as well as federal COVID-19 aid, a public works construction bonding bill and relief for businesses damaged and destroyed in the rioting after Floyd's death.

Governors in Minnesota can initiate special sessions, but they can't control how long they'll last or which bills will be taken up by legislators. Traditionally they don't start a session until there's an agreement among top leaders on exactly what bills will pass. This time there was no such pact beforehand.

But Gov. Walz faced a deadline of his own -- the legislature needed to be in session in order for him to extend his executive powers to direct the state's efforts in the COVID-19 pandemic. Senate Republicans spent part of the special session voting to end Walz's emergency powers, a move that was later nullified the House Democrats turned down the same resolution.

Senate Republicans announced on the first day of special session that it would only last eight days, including Saturday and Sunday when no Senate meetings were scheduled. Gov. Walz agreed there should be a deadline of some sort but warned six working days wouldn't be enough to take up the complex issues involved in policing in addition to other unfinished work.

"There was a false deadline, and arbitrary deadline, that they set of Friday and there's still work to be done," Walz lamented the day after lawmakers left the Capitol.

Walz told reporters he was particularly disappointed to hear that Sen. Warren Limmer, the Maple Grove Republican who heads the Senate's Public Safety Committee, saw the House reform bills for the first time on June 19, the final day of the session.

Members of the House People of Color and Indigenous Caucus, or POCI Caucus, rolled out their bills June 2.  The House held an 8-hour hearing on those bills on Saturday June 13.

"We were very clear our police reform package was the POCI Caucus package, and if that’s what they wanted to get done that’s where we stood."

But Sen. Limmer and other Republican senators introduced their own bills, and passed them on Tuesday, June 16. During that debate Republicans fended off most efforts by the DFL minority to add many of the features that were in the House bills.

In the wee hours on Friday, June 19 House Democrats passed one of the Senate bills, but added their own proposals to it as amendments.  Their intention was to force Senate Republicans to negotiate a compromise version.

In that spirit, Senate Republicans made an offer to House leaders at 9:30 p.m. Friday. They agreed to add changes in arbitration in police contracts, and funding for mental health and autism training for officers -- both part of the House's slate of bills.

That was in addition to features in the bills the Senate had already passed, which included centralized reporting and data collection for officer-involved shootings, and adding two citizen members to the POST Board. The original senate bill also called on the POST Board to develop a statewide policy barring chokeholds, reinforcing the need to intervene and protecting the sanctity of human life in use-of-force situations.

At 11:15 p.m. Friday, House Democrats came up with a counter offer. In it they agreed to give up on two key provisions of the House package -- turning over all all officer-involved homicides to the Attorney General's Office, and restoring voting rights to felony offenders on probation.

"We decided there was just too much unfinished work, so it would better to adjourn and regroup," Sen. Gazelka explained.

Despite the 11th-hour overtures the two sides were very far apart, even on issues where they seemed to agree. On the chokehold ban, for example, the Senate bill called for a new policy whereas the House bill called for outright making it against the law.

"What the Senate has proposed in terms of having a policy on chokeholds, if there's no accountability it doesn't matter," Rep. Hortman explained. "It would be like having a 55 mile and hour speed limit, but you don't get a ticket if you violate it."

Republicans made several references in debates and press conferences about the Minneapolis City Council's plan to "defund" or "dismantle" that city's police department. Council members have since said it's about adding resources to create more crisis intervention teams to respond to situations that may be needlessly escalated by armed officers.

There were bills to spent $7.4 million per year on community health and healing grants. There was also money in those bills to enable the Minn. Dept. of Safety to hire a statewide coordinator to work on community-led policing efforts.

"There were proposals passed off the floor to provide additional resources for activities that right now police officers have to do that perhaps other professionals that can help carry the load."