NBC News - Wall Street Journal poll finds people were more disturbed by George Floyd's death than they were about the protests that it sparked. 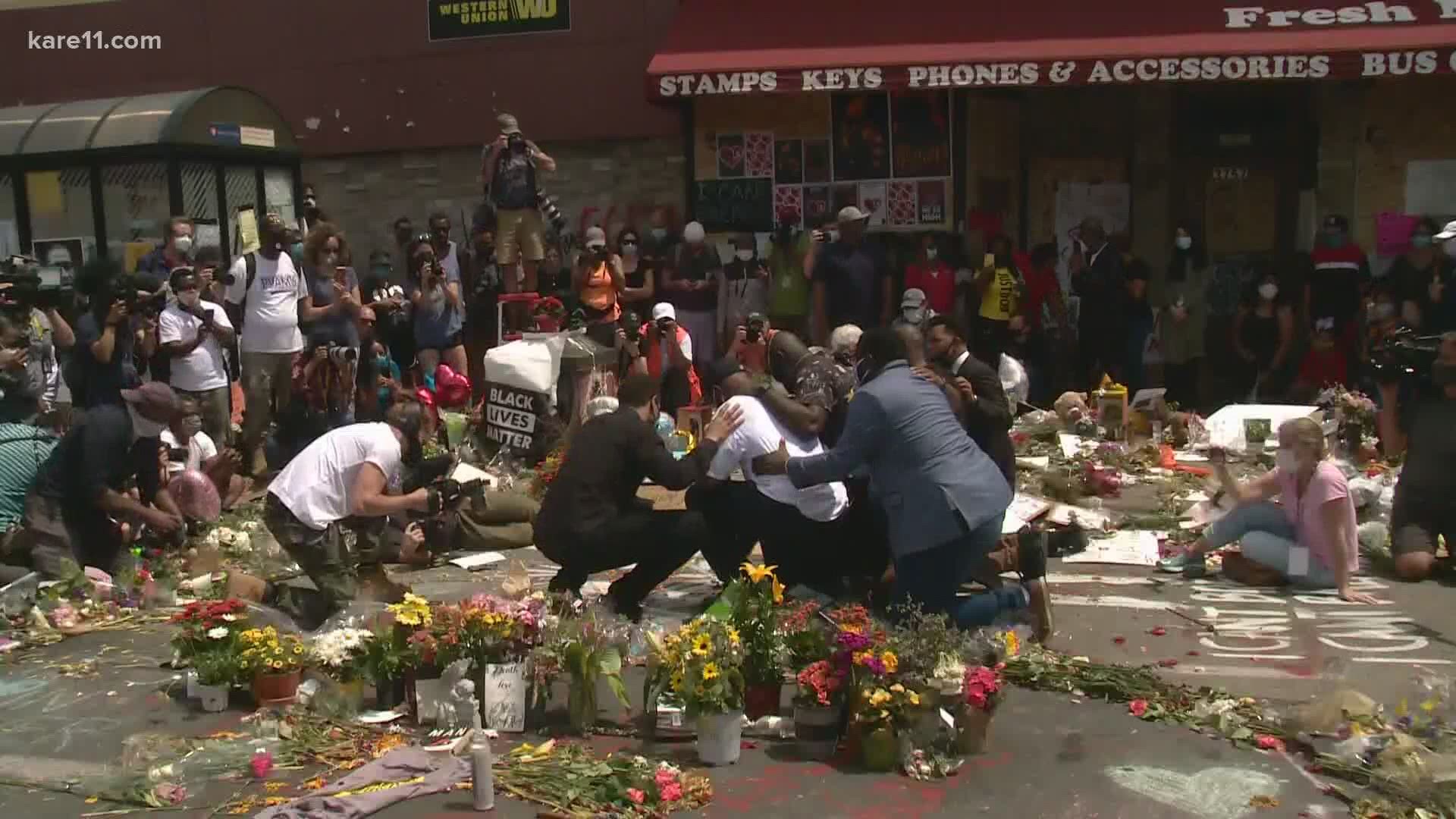 MINNEAPOLIS — When asked if they were bothered more by the death of George Floyd in police custody or by the widespread protests that resulted, most voters told pollsters they were more troubled by Floyd's death.

A NBC News - Wall Street Journal poll found that 59% of voters said they more disturbed by Floyd's death, while 27% said the protests were more troubling to them.

The new poll released Sunday interviewed 1,000 registered voters across the nation and has a margin of error of 3.1 percent. The surveys were conducted over a four-day period between May 28 and June 1 as massive demonstrations and fires were erupting across the Twin Cities.

"It’s very clear the death of George Floyd is the spark that created all the disruptions. And keep in mind the power of the visual image. People remember visual images much better than they remember written words."

There was a partisan divide on that question as well. A whopping 81% of Democrats found Floyd's death more concerning than the protests, while only 29% of Republican's said they were more bothered by what happened to Floyd than the resulting civil unrest.

"The partisan divisions that existed before the death of George Floyd are still with us during that time of turbulence," Schier remarked. "They seem to be pretty well fixed within the public and will probably show up in the polling booth in November."

Again, the poll was taken between May 28 and June 1, as Minneapolis was erupting and a police precinct headquarters was abandoned and then set on fire by demonstrators.

On the upcoming presidential election, the presumptive November candidates remained separated by only single digits.

Most of those polled said they had more trust in President Trump when it comes to the economy and handling trade issues with China, but Biden led in a longer list of categories, including ability to respond to the COVID-19 crisis and unite the country.

Schier said this is why the economic recovery will be so important to the president's re-election hopes. The same poll had President Trump's approval rating holding relatively steady at 45%, compared to a 53% disapproval.

"It’s really quite striking that the president’s had a lot of negative media coverage since the George Floyd incident, but his support in the polls is pretty much where it was at about 45 percent."

RELATED: When protesters cry 'defund the police,' what does it mean?

RELATED: Officials urge Floyd protesters to get tested for coronavirus