ST PAUL, Minn. — As the final day of the special session arrived at the Minnesota Capitol, House Democrats and Senate Republicans seemed worlds apart on police reforms, a federal COVID-19 aid package and other bills.

Sen. Gazelka said his team offered to add changes in arbitration rules, on top of police reforms the Senate had passed earlier in the weak. Arbitration features built into union contracts is sometimes used to reinstate officers who are fired for misconduct.

The initial DFL reaction was that the Senate's last-minute offer didn't go far enough, and left many other significant reforms off the table including automatically giving the Attorney General's Office primary jurisdiction in officer-involved homicides.

Throughout the day on Friday, House leaders urged their Senate counterparts to negotiate in good faith on those issues, and stay until Tuesday at least. They said the death of George Floyd had change the political landscape in Minnesota and much of the nation. 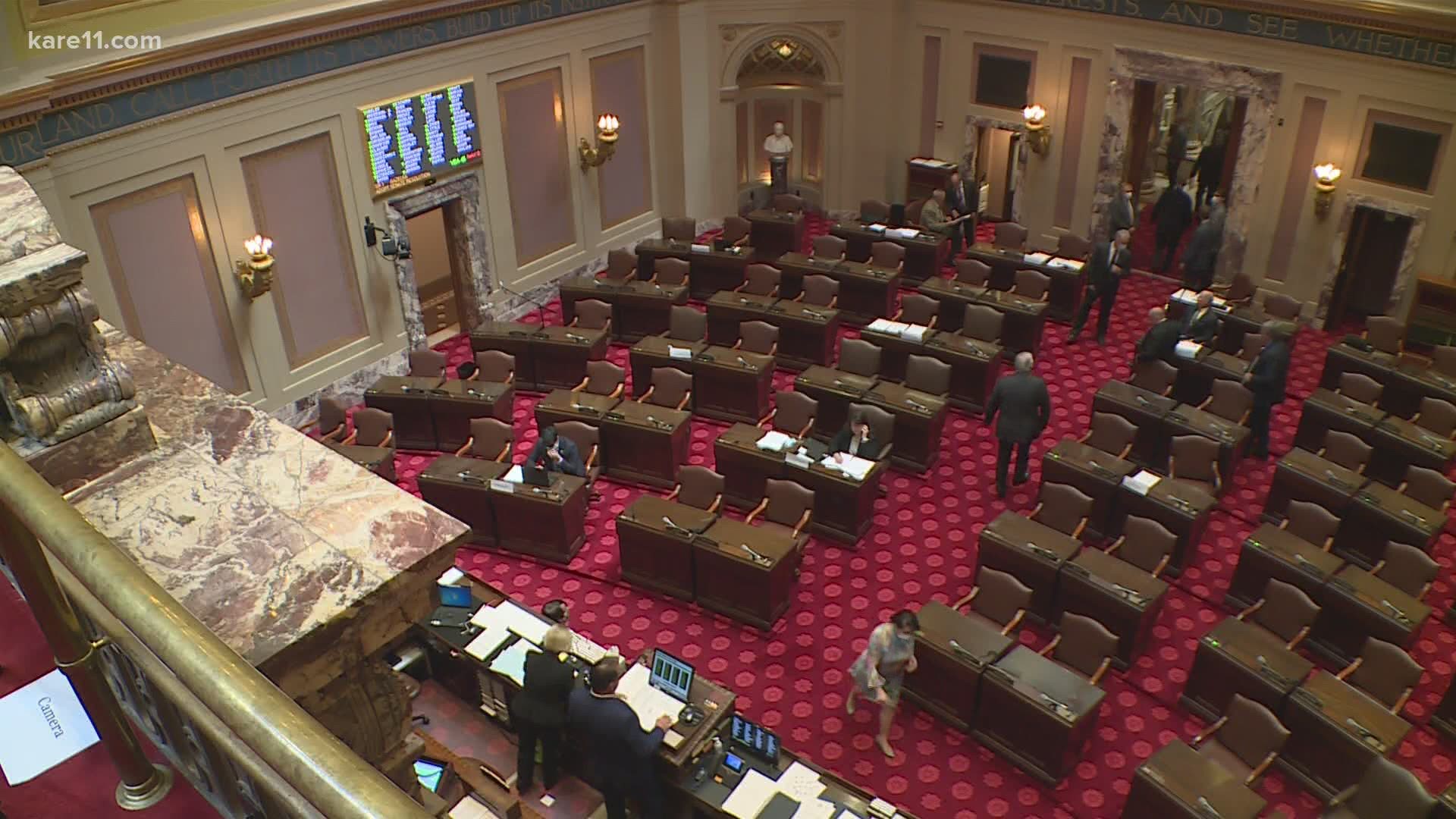 "This work is too important to walk away from right now."

Throughout the week, Sen. Gazelka insisted the session would end Friday night.  And he warned as recently as Thursday afternoon that police accountability legislation would be in serious jeopardy if the House made any changes to the bills already passed by the Senate.

Early Friday morning, after an 8-hour debate, the House did exactly what Sen. Gazelka had warned against; making major changes to one of the Senate bills.

In fact, House Democrats inserted all of their criminal justice proposals into Senate File 104, the Minnesota Police Accountability Act.  Whenever the House changes a Senate bill, or vice versa, it goes back to the original body that passed it for reconsideration.

The Senate had the option to re-pass the bill with the House's changes or vote not to concur.  Doing that would normally result in a conference committee to iron out differences between the two versions and work toward a compromise that can pass in both chambers.

But Senate announced earlier in the week that there wouldn't be any conference committees, based on the notion that both the House and Senate would agree on language ahead of time and pass bills without any significant changes.

It was clear with other bills still pending -- federal COVID aid, the bonding bill, recovery funding for areas hit by riots -- the legislature wouldn't be able to finish that work before the Senate left the Capitol.

"It is the easiest thing in the world to walk away and say, 'Let’s take it to the election' -- that is the easy out for politicians," Speaker Hortman remarked.

"We have to go to a table, and we have to negotiate, and negotiations entail give and take. Negotiations aren’t, 'Here’s a list of things we’re willing to accept, see you later if you don’t do it the way we want to do it'."

Those bills were all authored by lawmakers who are part of the POCI Caucus in the House, the People of Color and Indigenous lawmakers. Gov. Walz had asked them to lead the way on reforms, noting that some of their proposals had passed the House in previous years.

If the special session ends without any legislation being passed, all of those bills will have to being reintroduced and start the process again from scratch.

The original version of Senate File instructed the POST Board, or Peace Officer Standards and Training Board, to adopt a new statewide use-of-force standard for all police. The bill say that new standard needed to include the following:

Republicans said that was a good start, and the Democrat's ideas could taken up later in the summer, or in the 2021 session when they could be vetted more fully.

Capitol Democrats asserted those changes were not enough, and they needed to have the full force of law rather than a policy adopted by cities.

A separate Senate bill called for mandatory data collection of all officer-involved shootings and other fatal encounters between police and citizens. That provision was also in the House amendments to the Senate bill.

Other Senate bill extended critical incident training for officers, and added more funding for counseling for officers who've been traumatized in use-of-force situations.