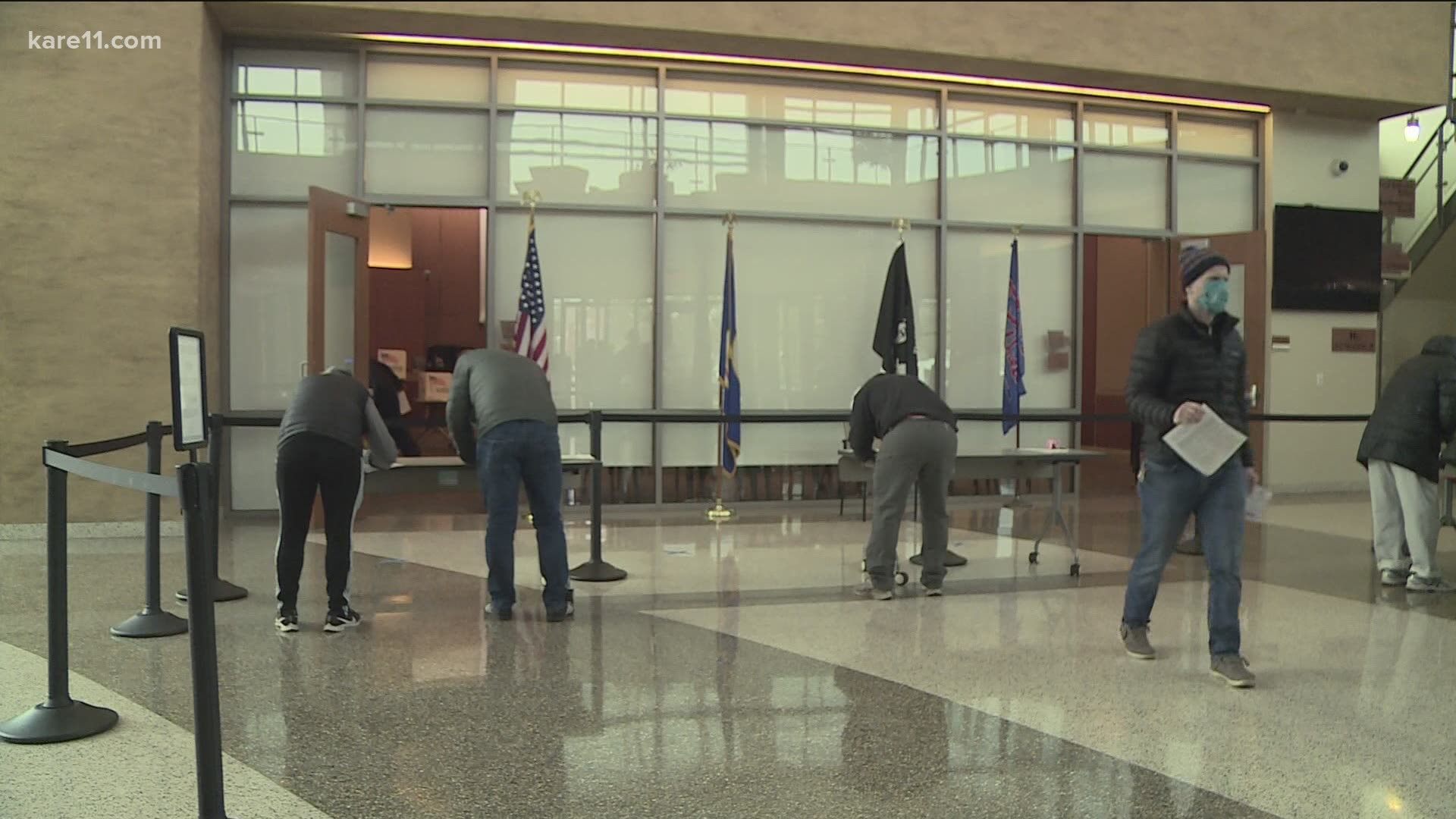 It will be debated Wednesday in committee, as part of a package of election reforms GOP legislators assert are needed to improve the public's faith in the integrity of the elections in the state.

How it works, essentially, is that ballots cast by people who register on the day of the election wouldn't be counted and added to that day's totals. Their ballots would be placed in limbo as provisional ballots, and their votes could be added to the total later if local election administrators can verify their addresses and other eligibility criteria.

Republicans would prefer to end same-day registration altogether but they offer this as the middle ground between the current system and imposing a hard deadline to register weeks before an election.

Minnesota's same-day system allows voting-age adults the opportunity to make a last-minute decision to participate. Or it lets people re-register if they've changed addresses since the last time they voted.

Minnesota Secretary of State Steve Simon, a Democrat, opposes the idea of switching to a provisional ballot system. He asserts it would add unnecessary barriers to thousands of legitimate voters in a state where documented cases of voter impersonation and double voting are extremely rare.

"Hundreds and hundreds of thousands of people use Election Day registration in Minnesota, and this would basically destroy that," Simon told KARE Tuesday.

"It would mean if you show up to register on Election Day, you're not really registering to vote. You're registering to put you ballot in a 'maybe pile' -- maybe it will be counted, maybe it won't. We've never had that since statehood."

Even in 2020, during the election marked by high levels of mail-in absentee ballots during a pandemic, nearly 260,000 Minnesotans registered on Election Day. In 2016, the last pre-COVID presidential election year, more than 350,000 people -- more than 10% of all voters -- registered on the day they voted.

Simon said a lot can go wrong in the ensuing week after an election, and local elections workers may not be able to reach each voter to clarify issues with their signatures or name spellings.

"It would really take us backwards. It would dismantle a system that's really popular in Minnesota."

Sen. Scott Newman, a Hutchinson Republican who introduced provisional balloting as part of a Voter ID bill earlier in the session, said it's not necessary to prove widespread fraud to have a legitimate interest in preventing it.

"The Supreme Court held that an important aspect of voter ID is to modernize our voting system and protect public confidence in the integrity of the voting process," Sen. Newman told colleagues during a hearing earlier in the 2021 session.

He noted the Supreme Court found the burden on people who can't provide current ID is lessened in states where a provisional balloting system exists.

Parts of Newman's stand-alone bill, including the provisional ballots, became part of the all-encompassing omnibus government operations bill now being carried by the Republican Sen. Mary Kiffmeyer, the committee's chair.

Sen. Kiffmeyer, a former Secretary of State, is a longtime proponent of doing away with same-day registration.

"First of all, an election is not a surprise event. It is well-publicized everywhere," Kiffmeyer told colleagues during a committee debate.

She asserts that every time a ballot from a fraudulent voter gets counted it effectively cancels out the ballot of a legitimate voter.

The most common type of voter fraud crime prosecuted in Minnesota involves released felony offenders who vote while they're still on probation. Dozens of Minnesota voters did that in 2008's election. Only a handful of them were prosecuted because there wasn't evidence they intentionally broke the law.

The communication between elections officials, prisons and courts has improved substantially since 2008, so it's now far rarer for parolee to vote in violation of state law.

The ACLU of Minnesota has a federal lawsuit pending that, if successful, will do away with the law that bars people on probation from voting. The DFL-controlled House has passed "Second Chance" bills that would also end that ban, but it hasn't received hearings or votes in the GOP-controlled Senate.