The message "fund our communities, not our cops," can be on signs from protesters. 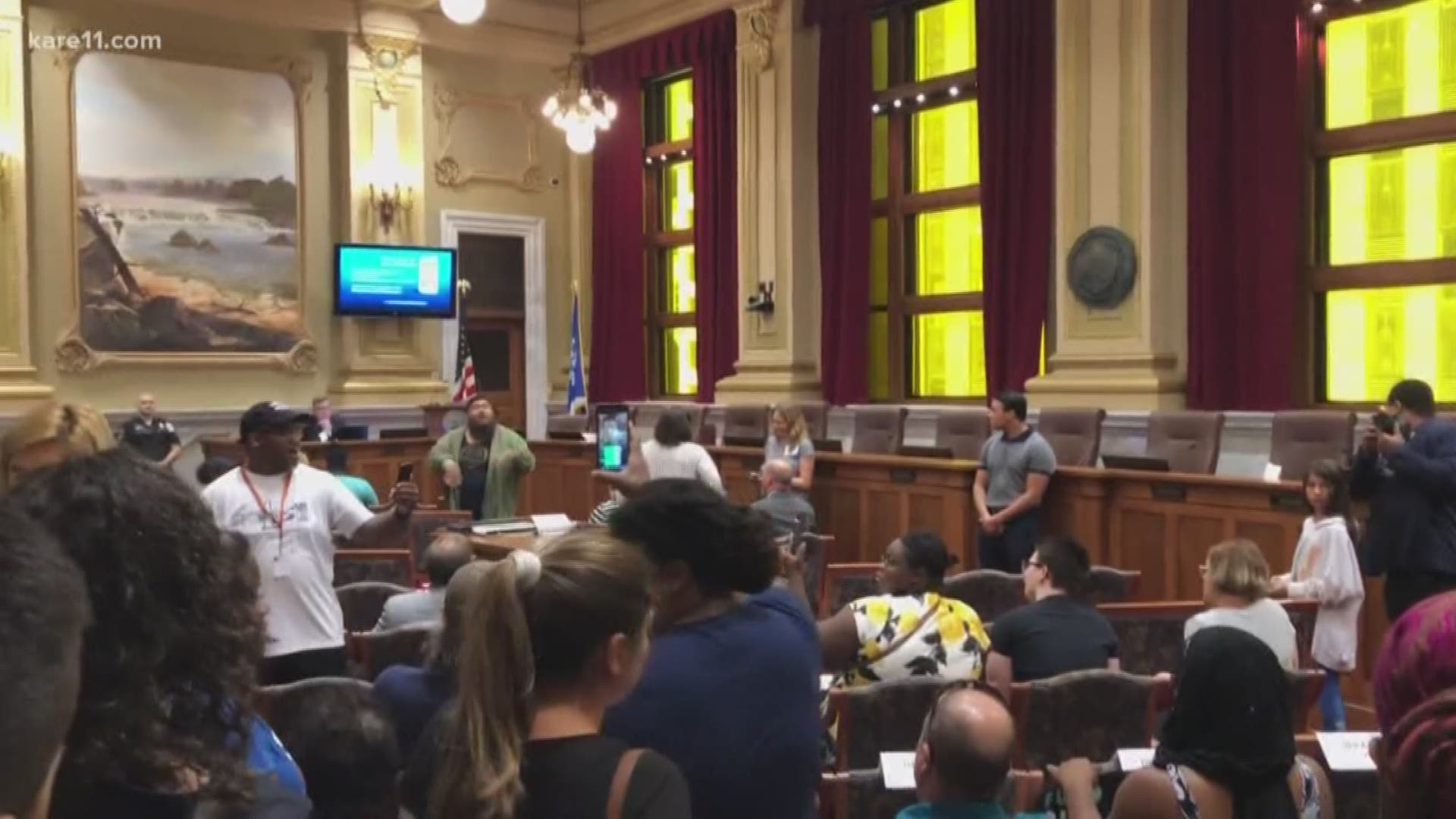 MINNEAPOLIS — Minneapolis Mayor Jacob Frey and other officials walked out of city council chambers Thursday morning to the shouts of  protesters who temporarily derailed a highly-anticipated budget address. 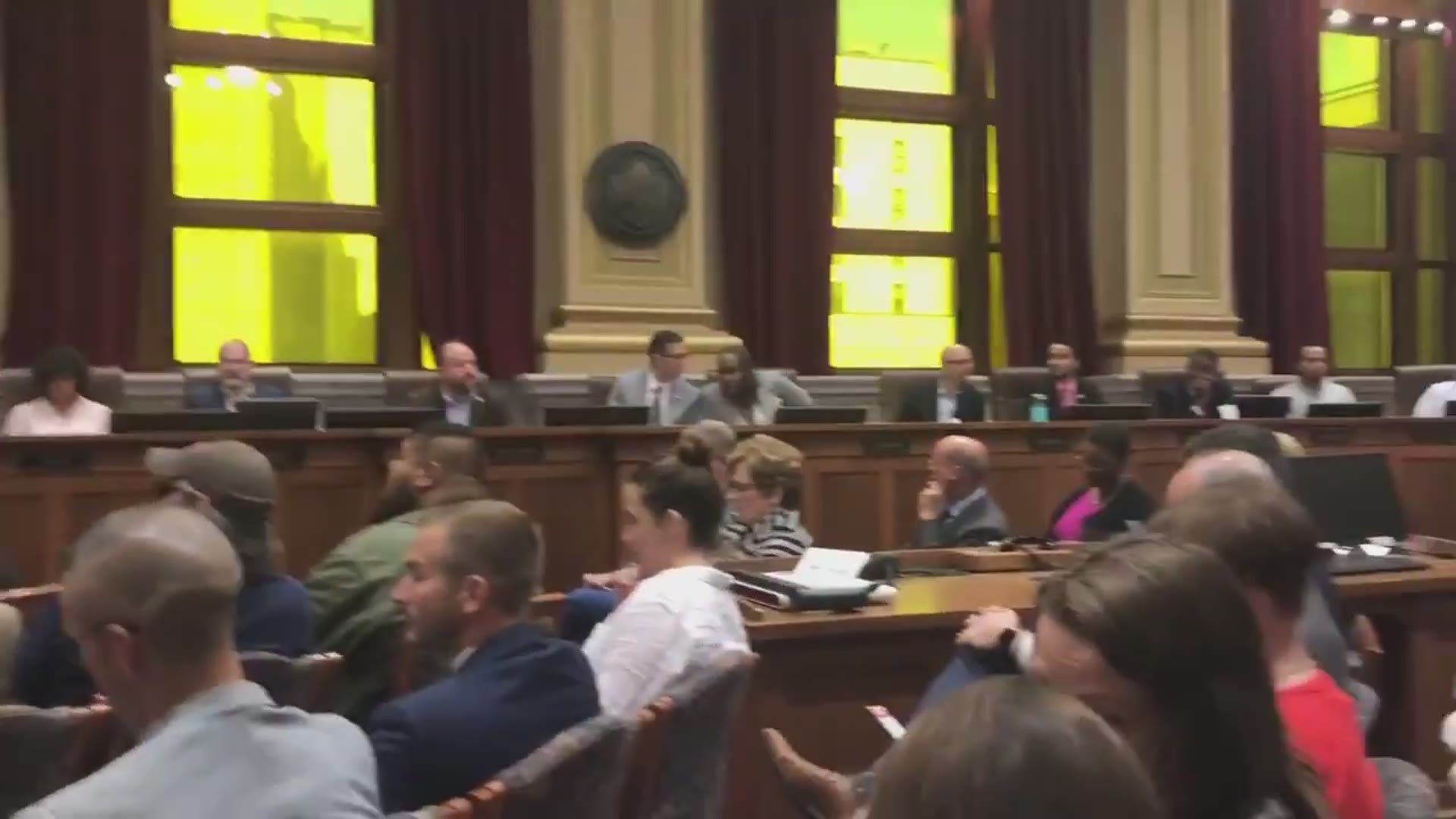 Frey and the council returned a short time later after things had cooled down to resume the day's business.

The mayor was roundly booed by community activists when he was introduced, some carrying signs that read "fund our communities, not our cops." There were also city residents there to support Frey and his budget agenda.

Protesters also chanted "Jamar Clark," raising the name of the man who was shot and killed by Minneapolis police in 2015. Clark's case remains a rallying cry for a number of activist groups fighting against what they call an abusive, racially unjust police force.

Frey announced that his proposed 2020 budget includes funding for 14 new officers, far fewer than the number requested by Minneapolis Police Chief Medaria Arradondo. Arradondo says he needs 400 more officers on the street by 2025 to ensure the safety of residents.

The mayor says economic inclusion is a centerpiece of his budget, with funding dedicated to implementing cultural districts, workforce development, and supporting minority-owned small businesses. Specific budget items include:

Rep. Ilhan Omar was present at the budget address despite a decision just an hour or so earlier by Israel blocking her from entering the country on a planned trip next week. The decision followed a tweet from President Donald Trump saying Israel would be "weak" if it allowed Omar and a fellow Democrat in the country.

Rep. Omar did not respond to questions from reporters regarding her blocked entry.

Mayor Frey carried on with a fervid budget speech despite chants from protesters.