Flora Westbrooks, who lost her north Minneapolis hair salon in post-Floyd rioting, is frustrated with delays in aid she'll need to rebuild her business 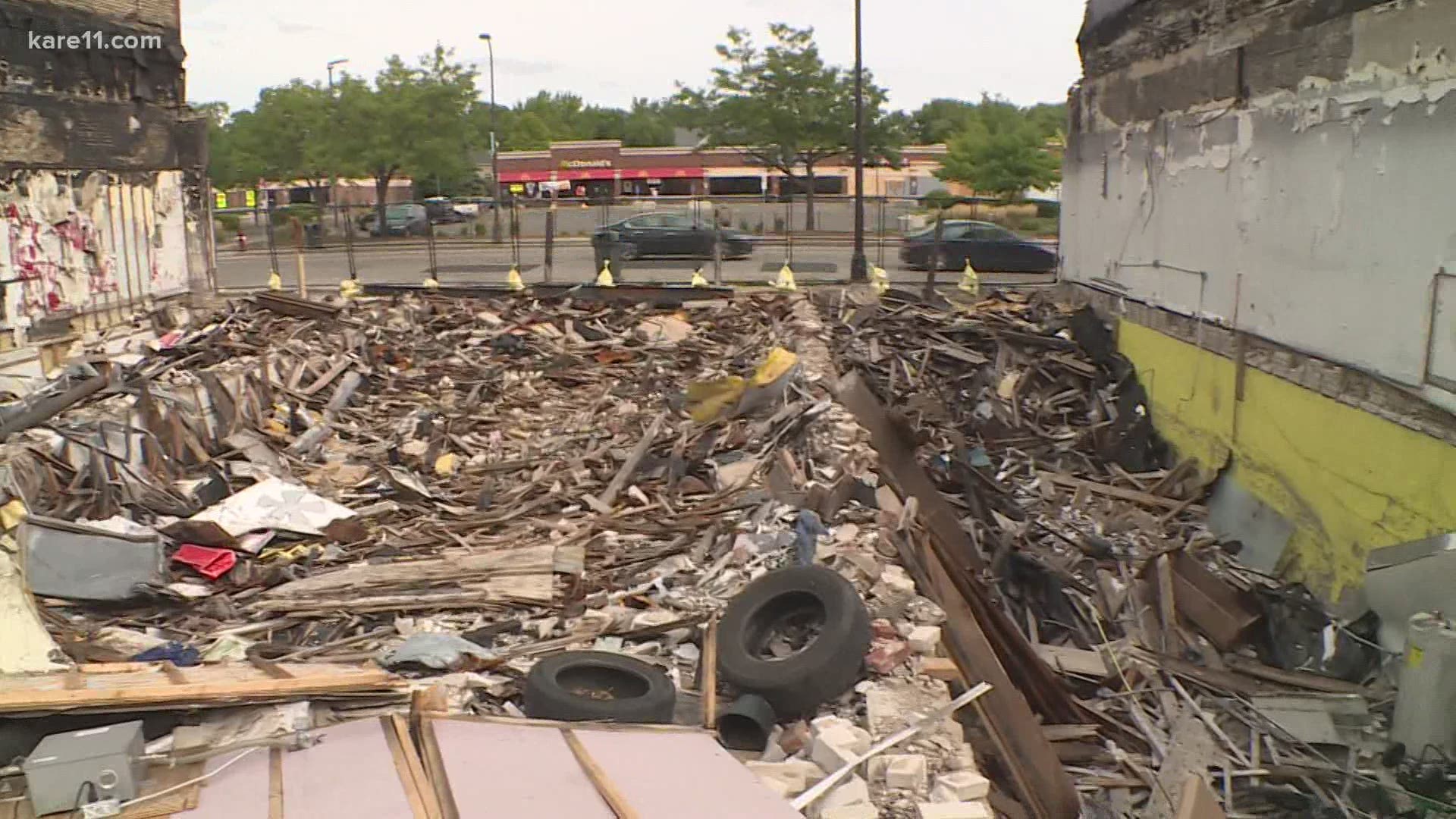 MINNEAPOLIS — Small business owners struck by rioters last May are losing patience, waiting for recovery assistance that is bogged down in political stalemate at both the state and federal level.

Among those hoping for aid rebuilding is Flora Westbrooks, who lost her hair styling salon on West Broadway Ave. in north Minneapolis to the riots May 28, three days after George Floyd was killed during an arrest.

"If they only knew my story, how hard it was to try to stay in business, then fighting the COVID, and then this happened just two days before we were getting ready to reopen," Westbrooks told KARE 11.

Arsonists torched the cafe next door to her salon, and the fire spread to her business as well as her son's T-Mobile cell phone store in the same storefront.

Republican congressional candidate Lacy Johnson and former Congressman Jason Lewis, who is running for U.S. Senate, met with Flora Monday and invited the news media to called attention to her plight.

"Flora was hit twice, once with the lock down -- and we've been critical of the overreach there -- and two, after the riots and her business was destroyed," Lewis explained.

"It breaks your heart. It goes right to my heart because that’s where my mom grew up. And I remember as a kid walking down that sidewalk on Broadway."

In June, a contingent of state senators toured that section of West Broadway, one of many tours state lawmakers undertook in the days following the riots that destroyed and damaged hundreds of businesses along Broadway and Lake St. in Minneapolis and University Ave. in St. Paul.

Westbrooks attended a meeting in July with incumbent U.S. Rep. Ilhan Omar, who listened to concerns of north Minneapolis business owners and pledged to work on getting aid their way. But the aid has gotten bogged down, partly as a function of divided government in the Beltway and in St. Paul.

State Capitol Republicans have said they don't fully trust the DFL leadership in Minneapolis and St. Paul to make sure the aid gets to where it's needed most, and they want more assurances those leaders are able to stop further rioting and looting.

In Washington D.C., the Democrat-controlled House passed the HEROES Act in May, which contains assistance to state and local governments who've suffered severe fiscal hits due to the COVID-related economic downtown.

Democrats, including incumbent Sen. Tina Smith, assert cities would be better equipped to help riot-damaged businesses if they received that federal money to balance their books. They also note the Trump Administration denied Minnesota's request for a FEMA disaster declaration.

But the Republican-controlled U.S. Senate hasn't taken up the HEROES Act yet.

"At the end of the day, you've got to make certain that someone can operate a business in the City of Minneapolis or St Paul and know that the government's first duty is to protect their life, liberty and property," Lewis remarked.

"In a perfect world if someone damages your property or your person, commits a tort, you could sue that person in civil court and get compensated for your loss. Well, are you going to sue Antifa?"

A friend set up a GoFundMe campaign on behalf of the salon and, as of Monday, had already raised more than $163,000 to cover some of Westbrooks' losses.

The business was uninsured. Westbrooks learned she didn't qualify for the federal government's Paycheck Protection Program because her stylists were independent contractors rather than employees.

Thus far she's refrained from applying for a Small Business Administration loan because she doesn't think she should have to take on debt for something that wasn't her fault.

"I don't [want] people telling me to go to SBA and trying get a loan. Why would I get a loan for something that I already worked for and paid for? It was paid! It wasn't me that did this!" 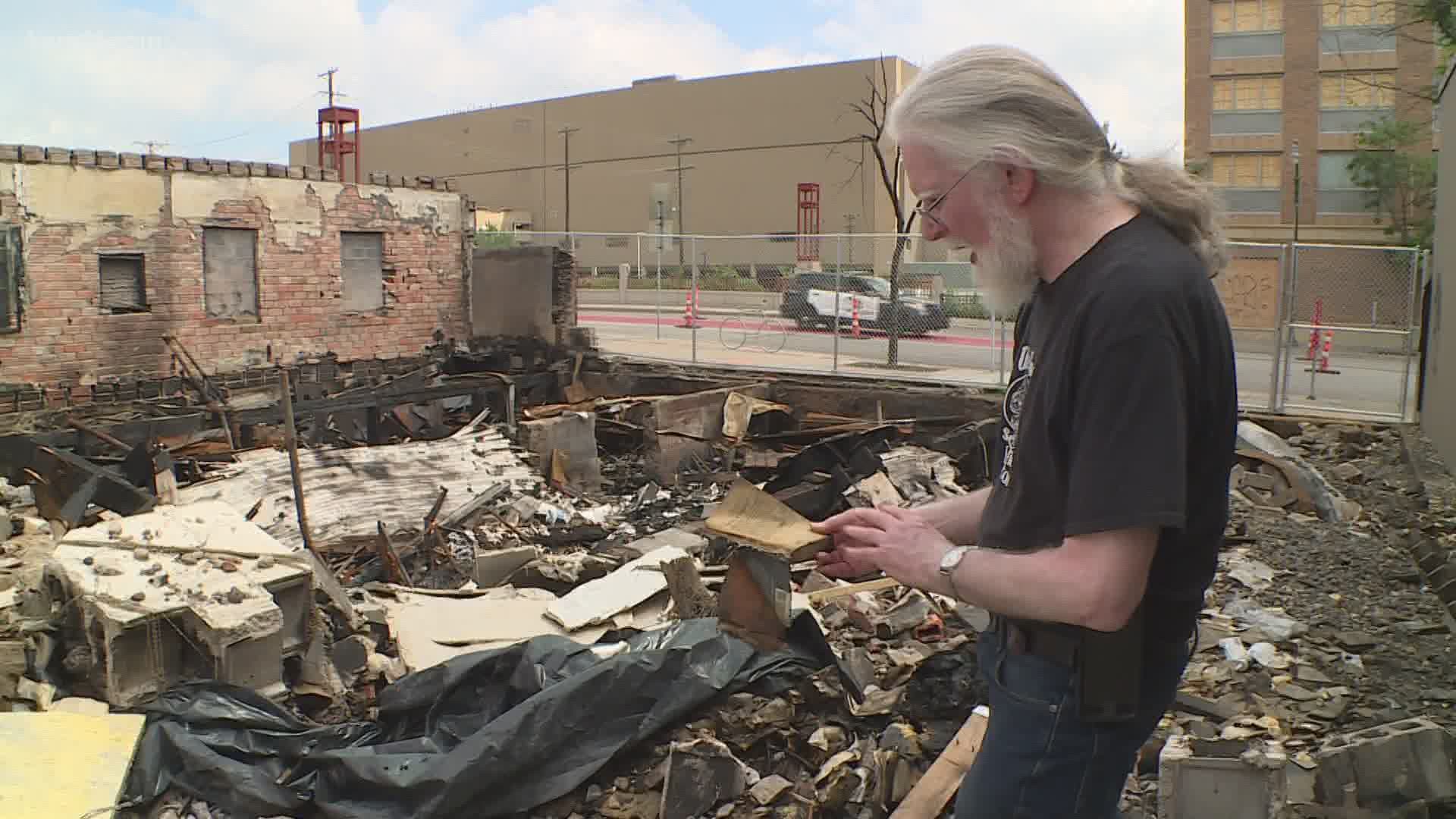