House Majority Leader Winkler's adult-use cannabis bill would legalize marijuana in Minnesota and set up a framework for regulation, production and sales. 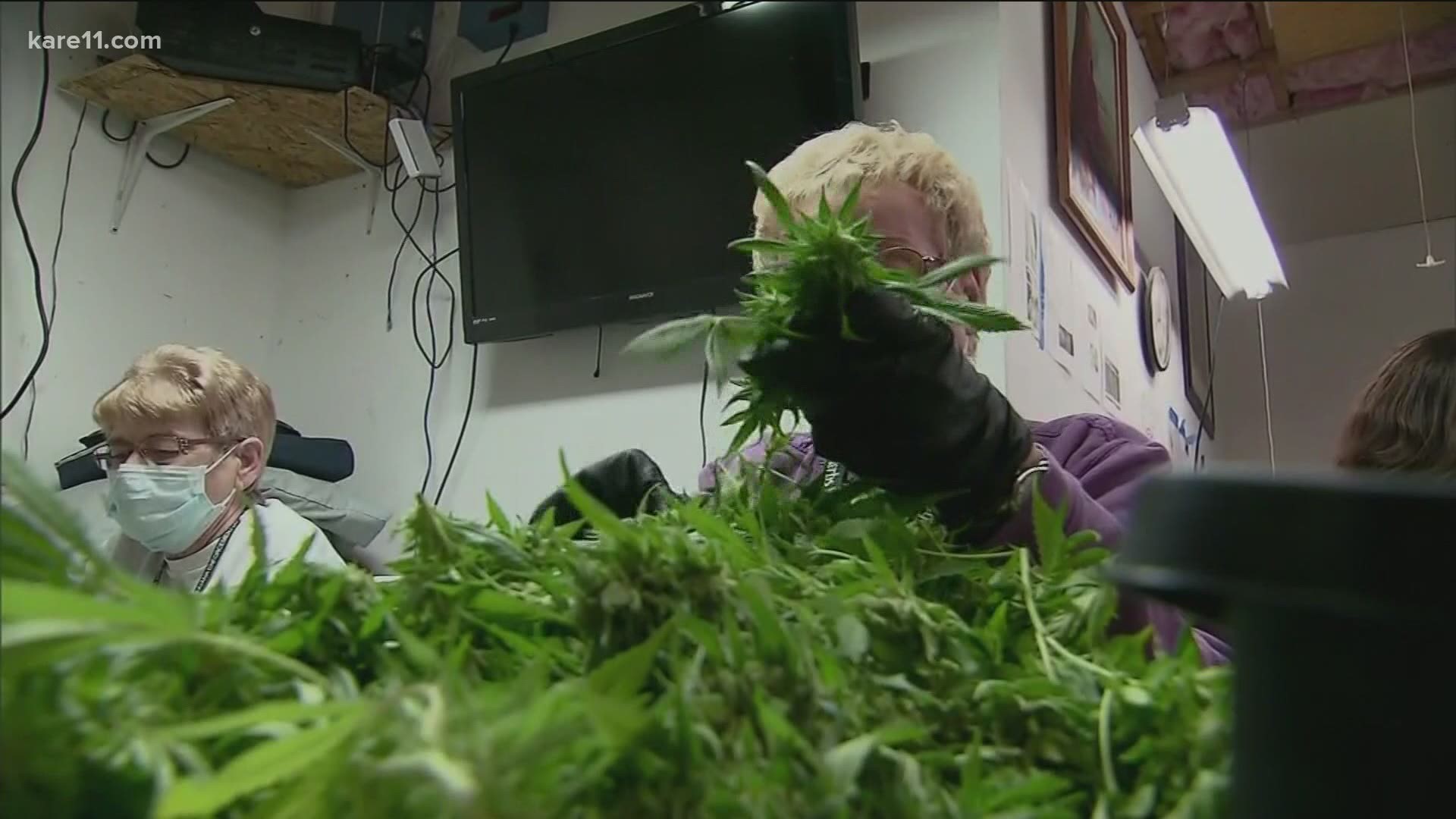 ST PAUL, Minn — The latest effort to legalize recreational pot in Minnesota got through its first committee Wednesday afternoon, once again highlighting the political divide on marijuana at the State Capitol.

All 10 yes votes on the adult-use cannabis bill came from the DFL members of the House Commerce Committee while all seven no votes came from the Republicans on the panel. The Labor and Industry Committee will be the next stop for the measure on its journey to a vote in the full House.

The bill is an effort by House Majority Ryan Winkler to put in a regulatory framework for growing, processing, retailing and taxing marijuana in this state.  It will also set up an expungement process for those who were convicted of marijuana possession, something proponents say is essential due to racial disparities in enforcement in the past.

"This is an opportunity in the age of COVID and political and racial disruption and economic uncertainty to open the doors to grow our local economy and bridge the outrageous racial disparities in our state."

Rep. Winkler said he's trying to get ahead of the curve as a growing number of states legalized marijuana for recreational use, something South Dakota voters did in 2020. The drug will become legal there in July, pending the outcome of a lawsuit brought by that state's governor to try to undo it.

"It is coming. It is time for us to get it right and that’s what this bill represents," Winkler told his colleagues.

"It becomes too easy to get it from too many places that are legal where they purchase it."

The opponents who testified at the hearing said making cannabis legal for adults will inevitably mean more is available to underage persons.

"It’s a bad bill for adolescents. It’s bad for our brothers and sisters with substance abuse problems," Ryan Hamilton of the Minnesota Catholic Conference told the panel.

"It's bad for those who use our highways. And it’s bad for the common good."

Kim Bemis of the anti-legalization group Smart Approaches to Marijuana asserted that many of the small businesses in the recreational cannabis industry are actually fronts for large commercial syndicates. He said only a fraction of startup companies in this field are minority owned enterprises.

"Please show us a successful model of how legalizing any addictive drug has solved social equity issues," Bemis said.

Proponents counter that the decades-long war on marijuana hasn't produced the positive effects hoped for, but has led to the destruction of lives of those caught in the net of criminalization in the black market.

Leili Fatehi of Minnesotans for Responsible Marijuana Regulation said her organization was formed with the goal of "replacing and repairing the damage caused by the complete and utter failure that is cannabis prohibition with a well-regulated and inclusive industry that promotes consumer safety."

Republicans on the Commerce Committee questioned why Democrats are supporting legalizing another smokable product at a time when public health authorities are sounding the alarm on the youth vaping epidemic.

"If they can get folks in to apply one of the challenges they have is drug addiction," Rep. Haley said.

"People can't stay on the job, or they don't pass the drug test to get the job in the first place. So, I have a concern about legalizing another drug."

Lawmakers also heard from people who have struggled to afford the state's medical cannabis products and have found those products less effective than using marijuana.

Julie Engel said that using cannabis gave her the strength to overcome chronic pain and fatigue, so she could take care of herself and her three children. She said an array of traditional prescription medications hadn't helped her shake the mystery illness she had suffered for four years.

"I decided to go off all of (the medications) and incorporate cannabis into my daily regimen," Engel said.

"To me cannabis has been a gateway to a better life. I micro dose every morning so that my body is calm without being high."

There are some Republicans who support legalizing marijuana, but the leaders of the GOP-controlled Minnesota Senate remain opposed to taking up the legislation this session.

In light of that, Winkler's efforts could be perceived as an exercise in futility. But there's another reason Democrats feel compelled to get on the record as the party in favor of legalization.

They're trying to reach voters who will be tempted to vote for marijuana party candidates in 2022 to send a message.  In 2020 those cannabis candidates played the role of spoiler in some tight races in Minnesota, inadvertently helping anti-marijuana Republicans win their elections.

In some cases, the marijuana candidates were lifelong Republicans or close relatives of Republican party activists.