The 23-acre site sits at the confluence of the Minnesota and Mississippi Rivers. It's known in Dakota as Bdote, meaning the place where two waters meet. 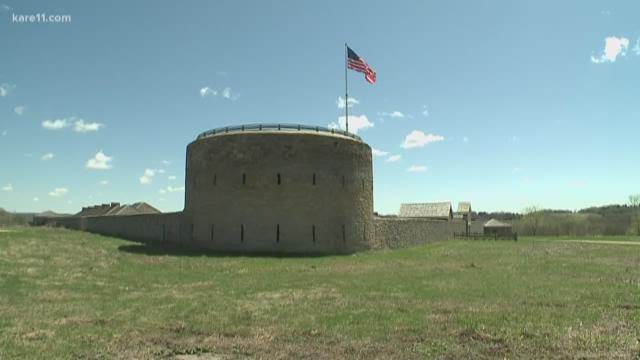 ST PAUL, Minn. — The Minnesota Historical Society (MHS) is holding public hearings across the state on whether it should rename Historic Fort Snelling.

The 23-acre site sits at the confluence of the Minnesota and Mississippi Rivers. It's known in Dakota as Bdote, meaning the place where two waters meet.

In 2017, the society installed signs reading "Historic Fort Snelling at Bdote." Some lawmakers criticized that move as rewriting history. The fort itself, which dates from the 1820s, will continue to be called Fort Snelling.

The 23-acre area owned by the state and managed by the Historical Society is important to the history of the indigenous peoples in Minnesota, Kevin Maijala, the society’s deputy director of learning initiatives, told KARE 11's news partner Minnesota Public Radio (MPR). .

“For Dakota people, this is a place that was significant both as a travelling point [and] probably a ceremonial point,” Maijala said. “For many Dakota, they consider it a place of origin for their people.”

The site is planned to undergo a $34.5 million revitalization program in early 2020 that will include improved landscaping and parking, and a new visitor center.