Supporters of statewide family leave insurance proposal are optimistic for 2019 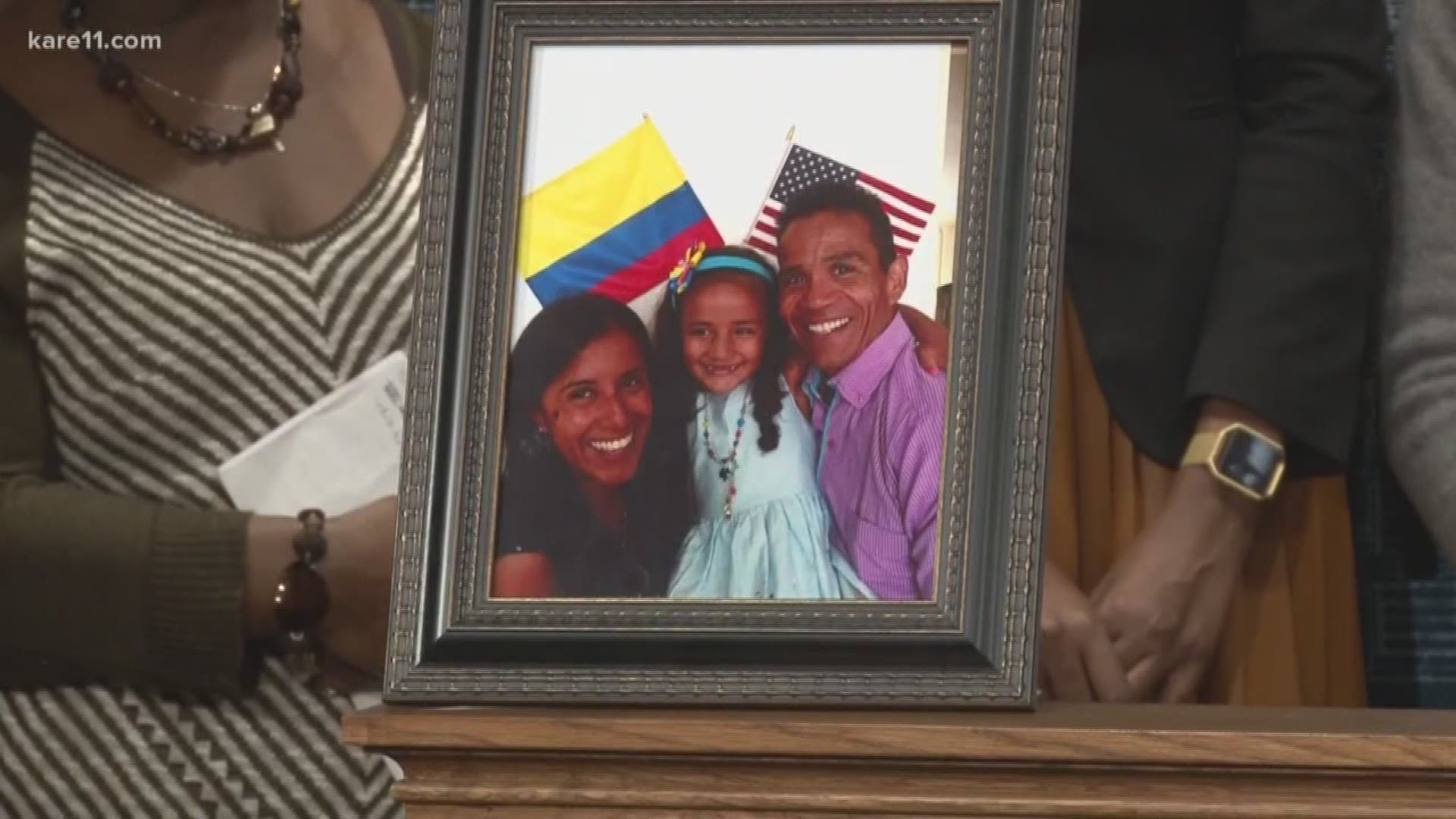 Newborn babies, adoptions, medical crises and ailing parents are all events that can force Minnesotans to make tough choices between family responsibilities and work.

And the overwhelming percentage of people in this state don't have paid leave, so those major life events often result in the loss of income or the job itself.

"I had to quit my job when my parents needed me, when their health failed," Mazel McCoy-Anderson told reporters at the State Capitol Monday.

McCoy-Anderson was at the Capitol on behalf of the interfaith alliance known as ISAIAH, which is pressing lawmakers to pass statewide family paid leave during the 2019 session.

She said she gave up her job, so she could shuttle back and forth to North Carolina to take care of her parents, while still trying to maintain her Minnesota household.

"I'm a nurse of 38 years. I thought I'm going to be able to take care of this, but oh no, it was much more complicated."

The paid leave plan envisions a statewide insurance pool that would replace 55 to 80 percent of workers' wages while they're on leave, averaging $1,000 per week. The pool would be funded by contributions from both employees and employers.

ISAIAH estimates the payments into the pool would be 0.27 percent of a person's wages. That would be $1.75 per week for the median worker.

Mary Jo Malecha told of losing her job at a research firm because she couldn't return to work as quickly as her employer demanded.

"I asked point-blank, if I don’t come back to work five weeks postpartum, will I be fired? Yes, they said."

As a Type 1 diabetic Malecha's pregnancy was considered higher risk, and her doctor placed her on bed rest a week before she gave birth. The employer counted that week of bed rest against her total of six weeks of unpaid leave.

"That was 1985, but these things are still happening to women across the state."

Miguel Lindgren, as a state employee, was able to take six weeks of paid family leave so he could go to Columbia with his wife to complete the adoption of a 7-year-old girl, Camila.

"We had to stay in Columbia for six weeks, so most of July and August," Lindgren recalled.

"It's one thing to bond with a new baby, but it's another thing entirely to give a 7-year-old child the time and space to bond with two strangers that want to take her home to a different time and place."

Jason Rathe, who owns a landscaping company in Minneapolis, said that small business employers would support this if they knew they were on the same playing field with their competitors and peers.

"For me as a small business owner, my business is my employees," Rathe explained.

"We want our employees to be able to be taken care of, to be able to take the time they need for their families. We want employees who take that responsibility seriously."

California, New York, Rhode Island, New Jersey, Massachusetts, Washington, Hawaii and the District of Columbia have all passed some version of a paid family and medical leave program.

Massachusetts is closest to the proposal in Minnesota, because it requires contributions from employers. In some states, employers are required to contribute to the medical leave insurance fund, but not to the family leave one.

The Minnesota Chamber of Commerce is opposed to the plan in its current form.

"Minnesota's employers are regularly recognized as providing the best places to work in the country," read a statement from Laura Bordelon, the Minnesota Chamber senior vice president for advocacy.

"Many offer generous benefits that fit the needs of their employees and their industries, which is why we don't believe a government one-size-fits-all mandate is the best approach."

She said administering the program would be a burden to employers already dealing with paid sick leave regulations imposed by some local municipalities.

Bordelon said such a system "could create a catalog of unintended consequences negatively impacting employers’ ability to hire more workers and grow their businesses here in Minnesota."

Rep. Pat Garofalo, a Farmington Republican who has chaired the jobs committee in the Minnesota House, took to Twitter to say it wouldn't work.

"Want government in charge of your vacation time? Vote DFL."

Mike Hickey of the National Federation of Independent Businesses also weighed in, saying the NFIB opposes the idea because Minnesota's plan would go further than most states.