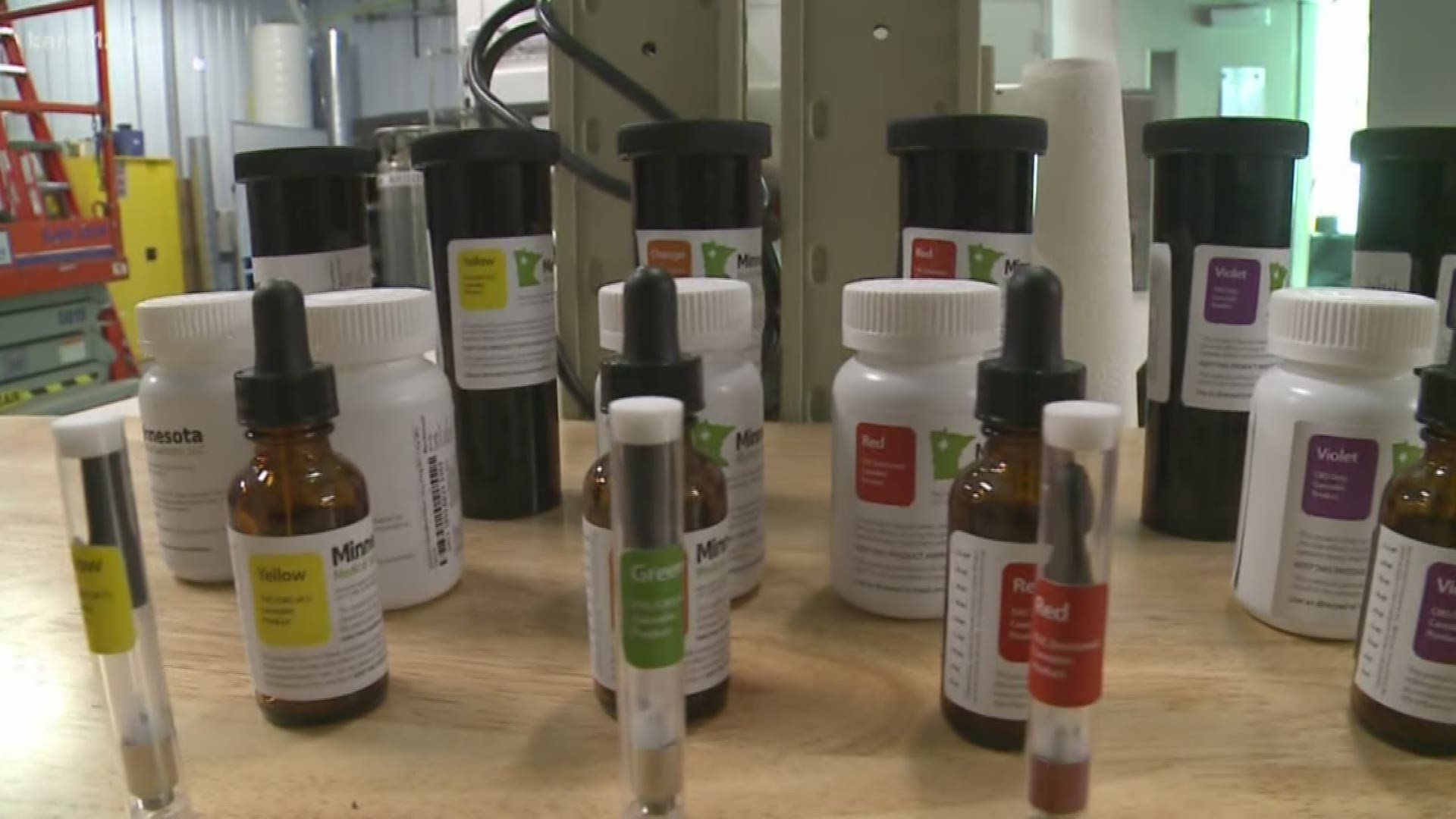 ST PAUL, Minn. — Lawmakers and advocates are pressing to open up the state's medical cannabis program to people in chronic pain.

A coalition led by a group known as Sensible Minnesota formally petitioned Minnesota Health Commissioner Jan Malcolm to add chronic pain. Malcolm is expected to announce her decision the first week of December.

"Chronic pain is exhausting from the second our eyes open until we drift off or pass out sleeping," Joan Barron, a member of Sensible Minnesota, told reporters at Capitol press conference Monday.

Barron is enrolled in the current program due to intractable pain from permanent nerve damage she suffered in a fall at her home in Ramsey. She said she's been able to cut back on her prescription opioids quite a bit since joining the program.

"There are thousands of chronic pain patients in Minnesota who are unable to utilize our program in Minnesota because they do not fit into the box of intractable pain," Barron remarked.

Intractable pain is generally defined as the most severe form of chronic pain, a type of chronic pain that can't be treated using traditional medical interventions.

"My fear is these patients will go to the illicit market for their medications."

And for Barron the opioid crisis is personal. She lost her son Adam to a heroin overdose at the age 29, and is convinced he became addicted years earlier when he started taking her prescription pain pills and her methadone.

Patrick McClellan said he believes many people could break free of prescription pain pills if they could buy medical cannabis legally.

McClellan lobbied for years the medical cannabis program and qualified due to severe muscle spasm from a rare form of muscular dystrophy. He asserts that prices would go down if more people got into the program and adding chronic pain would have that effect.

More than 17,000 people were enrolled in Minnesota's Medical Cannabis program as of September. Two-thirds of them listed intractable pain as the reason for applying for the program.

Affordability of medical cannabis in Minnesota remains a barrier for many veterans, according to Jeremy Sankey, who heads Minnesota Veterans for Cannabis.

Sankey suffered a debilitating injury while serving in the Army, and said he was surprised how well medical cannabis helped him manage his pain.

"But so many veterans won't spend the money to buy medical cannabis at these prices, especially when the doctors at the VA are offering them opioids at much lower costs," Sankey said.

He appealed to Gov. Tim Walz, a retired Command Sergeant Major in the Army National Guard, to help fellow veterans.

"Anything we can do to the state program to make it more affordable, more accessible for the veterans of Minnesota has to be done. And it has to be done now."

Malcolm is also weighing a petition to add age-related macular degeneration to the medical cannabis program. The MDH staff researches the pros and cons of each new proposed condition, and those proposals are also reviewed by a citizen panel.