Carnahan said she often wonders what life would have been like if her voice was silenced before she became Jennifer. 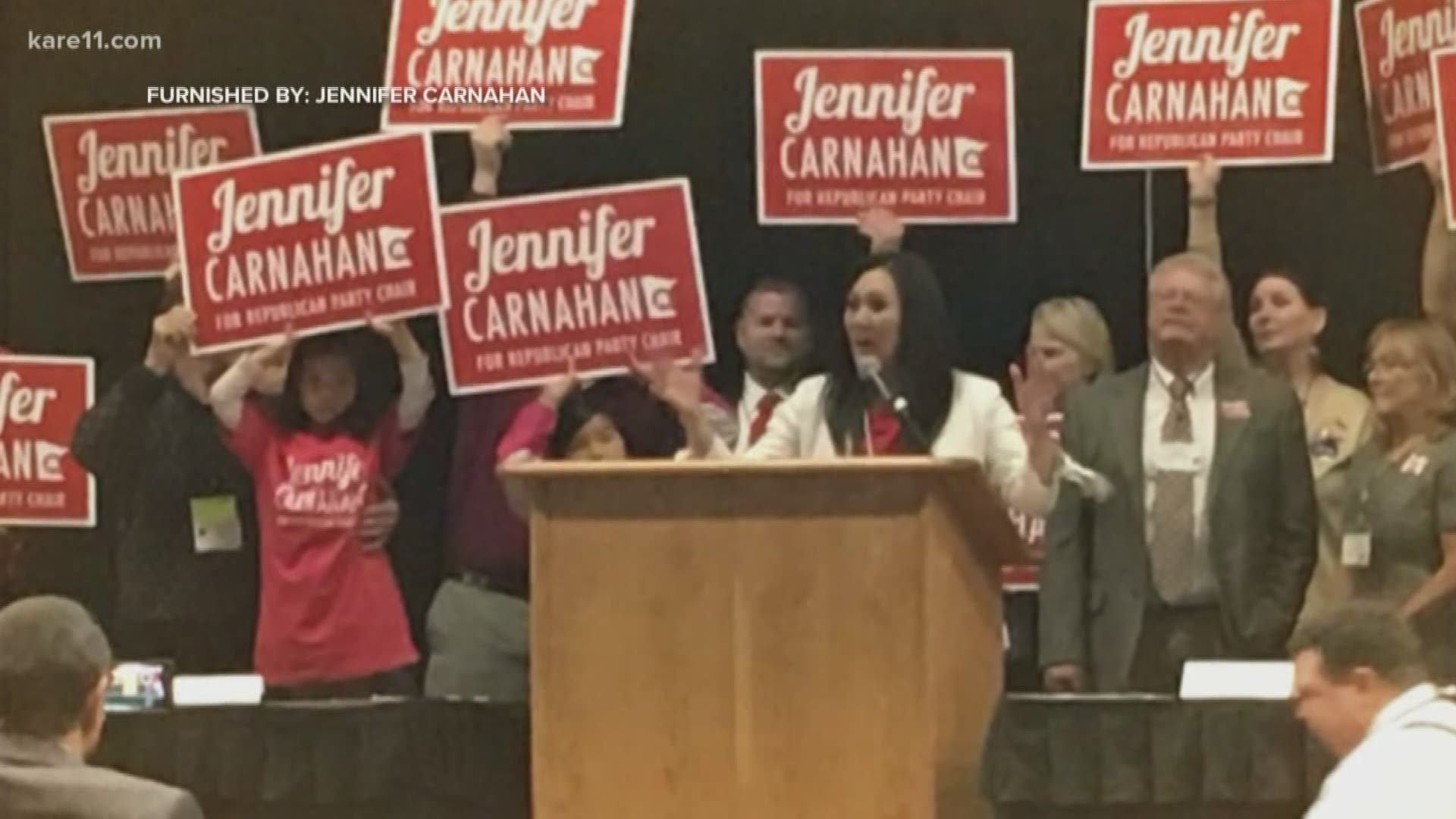 Two years ago, she called her win a surprise.

In November, Republicans lost every statewide race and the Minnesota House. But still, Carnahan wants another two years on the job.

“The biggest thing to do differently, now I understand the political process and how it works, I can put the party resources and energy into more strategic areas instead of trying to take everything and figuring out what to focus on,” she said. “We lost races we didn’t want to lose but politics isn’t just a one-cycle, one-election game. It is a long game where parties have to invest and build over time. We want to keep the continuity and the strength going for 2020."

Carnahan is focusing on the gains the party has made under her leadership.

“In the past two years, I’ve received a presidential appointment as a commissioner appointee to serve the president’s advisory commission on Asian Americans and Pacific Islanders, and shattered the glass ceiling with my accomplishments in fundraising for the MN GOP, moving Minnesota into the top five states in the 2018 cycle in state party fundraising,” she said. “I don’t take for granted at all the opportunities that our country provides and I have been given personally. That is why I work so hard and I try to give back to the community in every way I can.”

Carnahan said she often wonders what life would have been like if her voice was silenced before she became Jennifer.

“I was found abandoned on the back doorstep of a rural hospital in South Korea next to a garbage dumpster,” she said. “I was lucky that the people at the hospital took me and got me to an orphanage and five months later I was adopted by my parents that live in Maple Grove and found my way to Minnesota. I think about that day sometimes and think what my life would had been like if I hadn’t been adopted. What would it have been like if I had grown up in South Korea? I don’t know why the people that gave birth to me abandoned me.”

Carnahan is the first female elected to run the Minnesota GOP and the first minority to lead either major political party in the state of Minnesota. When she was first elected, Carnahan said she received death threats and messages on social media from people who didn’t want change. She also talked about a time someone called her disgusting at a Trump rally. She said those things helped her develop confidence and become a stronger person.

“My focus is on rising above it and trying to shatter glass ceilings with each phase of life. Racism is not a partisan or party related issue, it is unfortunate we still see so much of it in our country today.” she said. “If our party was racists I wouldn't be part of our party. I know what it is to experience racism. I experienced it growing up. I mentioned kids throwing rocks at my head screaming, 'Chinese eyes go back to your country.'”

The re-election is April 27.