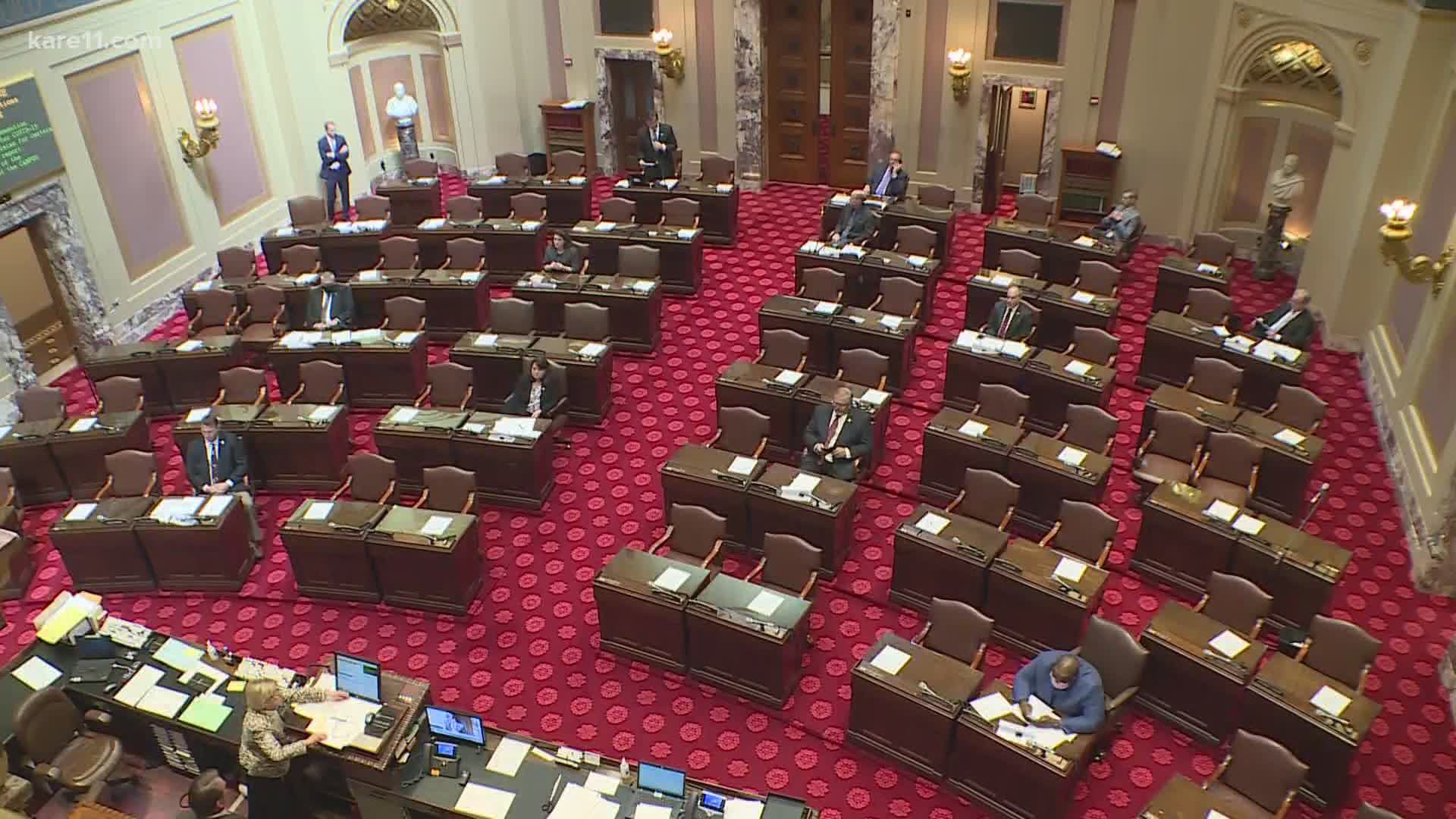 ST PAUL, Minn. — The Republican-led Minnesota Senate dealt a blow to the administration of Democratic Gov. Tim Walz on Wednesday by denying the confirmation of Nancy Leppink as Commissioner of Labor and Industry.

The Senate voted 32-34 on Leppink's confirmation during Wednesday's brief special session, denying her their approval to continue on the job.

Walz appointed Leppink to the position in February 2019. Minnesota's Department of Labor and Industry is tasked with overseeing occupational health and safety, codes for construction, and standards for workplace health and wages.

"Nancy Leppink is a champion for working families in Minnesota. Senate Republicans are putting frontline workers at risk during a global pandemic to advance a partisan agenda," Walz communications director Teddy Tschann said in a statement prior to the vote.

In a media briefing Wednesday night, Walz rejected Senate criticism that Leppink had been too inflexible when enforcing regulations for business owners and operators in the state.

"To have Nancy Leppink get caught in the middle of a petty, political move puts Minnesotans at danger and highlights the fact that I'm so disappointed that Senate Republicans are not taking COVID seriously and they're not taking the safety of Minnesotans seriously." 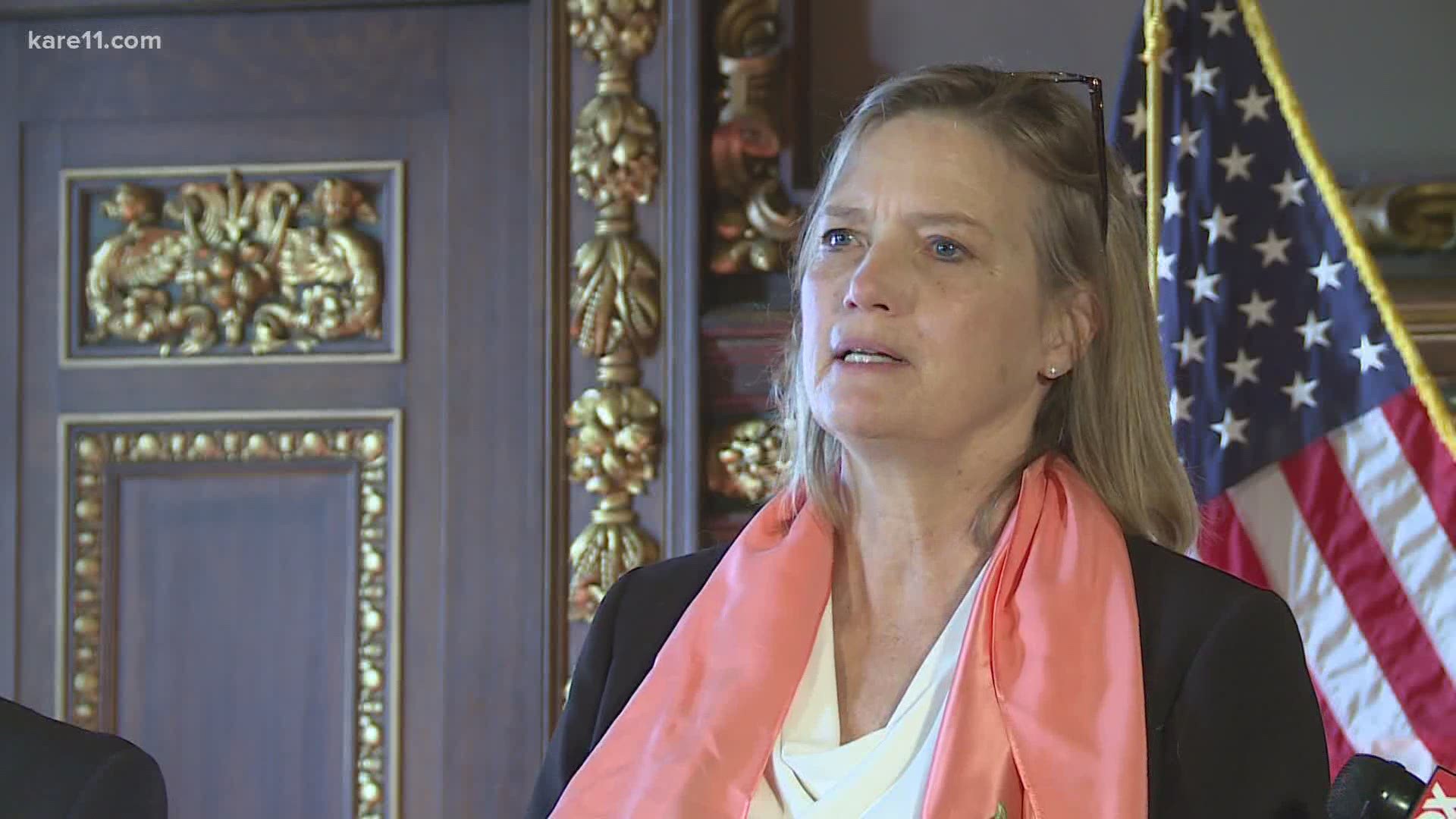 Senate Majority Leader Paul Gazelka said he told Walz long ago that Leppink wasn't right for the job because she's not responsive enough to the issues industry leaders raise.

"The Department of Labor and industry has to have somebody that can connect to labor and to industry and work with them in what feels like cooperation, rather than a hammer coming down on them whenever they make a misstep."

Gazelka appeared to reference the vote on Leppink's confirmation in a Twitter response to Republican Rep. Kurt Daudt, who appeared to liken the debate to "executing a prisoner."

"There is never a great time to let someone go because they are not doing their job," Gazelka tweeted.

Actually we have been wrestling with this since February. There is never a great time to let someone go because they are not doing their job.

“We need a DLI commissioner whose priority is being responsive, supportive, and open to helping business, and not one who is interested in regulating, harassing, or closing businesses—especially as we plan safe reopenings during COVID," Gazelka later said in a statement.

Gazelka later added in a tweet, "Removing a commissioner is serious business entrusted to the Senate.The Governor picks,the Senate confirms.  I privately told the (Governor) in (February) that DOLI commissioner was not working out. I asked him to find something else for her. That didn’t happen.  Today she was not confirmed."

Removing a commissioner is serious business entrusted to the Senate.The Governor picks,the Senate confirms. I privately told the Gov in Feb that DOLI commissioner was not working out. I asked him to find something else for her. That didn’t happen. Today she was not confirmed.

A spokesperson for Gazelka's office said Leppink was vetted in committee in May, and her confirmation was moved to the floor without a recommendation for confirmation by the committee.

The Senate vote on Leppink's confirmation came after the Senate voted to end peacetime emergency powers for Gov. Walz during the coronavirus pandemic. As in the previous special sessions, the proposal failed to pass in the Minnesota House.

Senate DFL leaders said the vote on Leppink's confirmation came as a surprise.

"Without any previous or public notice, (Senate Republicans) called for a last-minute confirmation vote for the Commissioner of the Department of Labor and Industry," Senate Minority Leader Susan Kent said in a statement. "The dishonest representation of today’s agenda is irresponsible, completely disingenuous, and fails to serve the best interests of working Minnesotans during a global pandemic."

The Minnesota AFL-CIO called the decision a "slap in the face to working Minnesotans who are depending on the department to keep them safe on the job."

STATEMENT: Senate GOP’s move on Labor Commissioner a slap in the face to working Minnesotans https://t.co/lO4ce0tXdk #1u #mnleg pic.twitter.com/qgkP1maFr2

"This is not the time for the Senate GOP to turn their backs on workers," Specht tweeted.

What a brazen attack on @GovTimWalz and his @mndli Commissioner Lippink! This agency & commissioner have led safety standards and worker protections during the pandemic. This is not the time for the Senate GOP to turn their backs on workers. #WhoCaresForUs #1u

I wondered why the MN GOP delayed confirmations for so long. After today’s ambush of Commissioner Leppink, it seems to be about holding a sword over their heads for leverage against the Governor. That’s a terrible way to treat public servants & the Minnesotans they serve. #mnleg

It's the first time in 12 years that a Minnesota cabinet member has been removed by the Senate.

Leppink previously served as an assistant Attorney General in Minnesota, and also worked in the U.S. Labor Department in the Obama Administration. 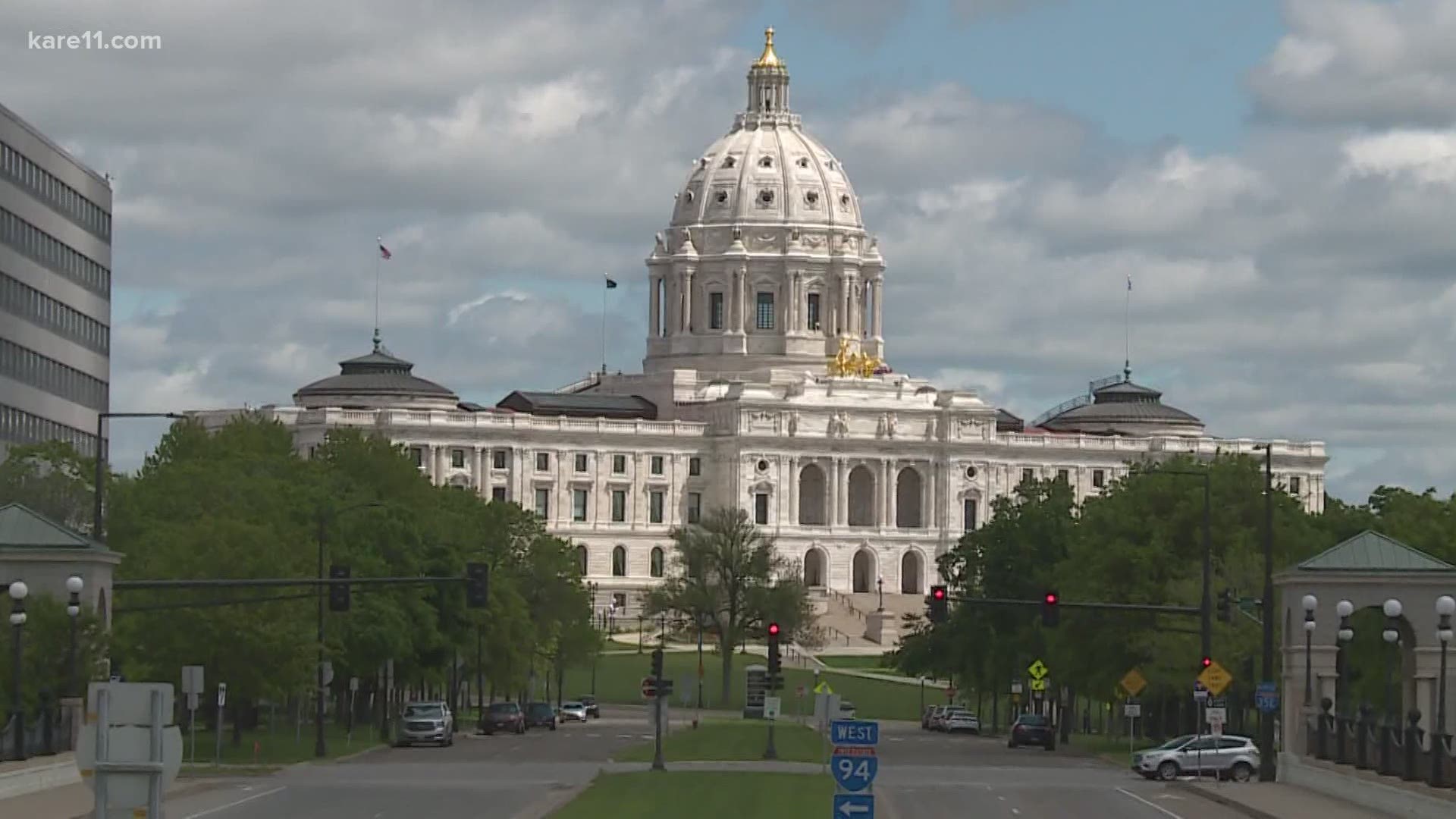