GOP looks to capitalize on debate over defunding MPD; calls out Democrats to go on the record. 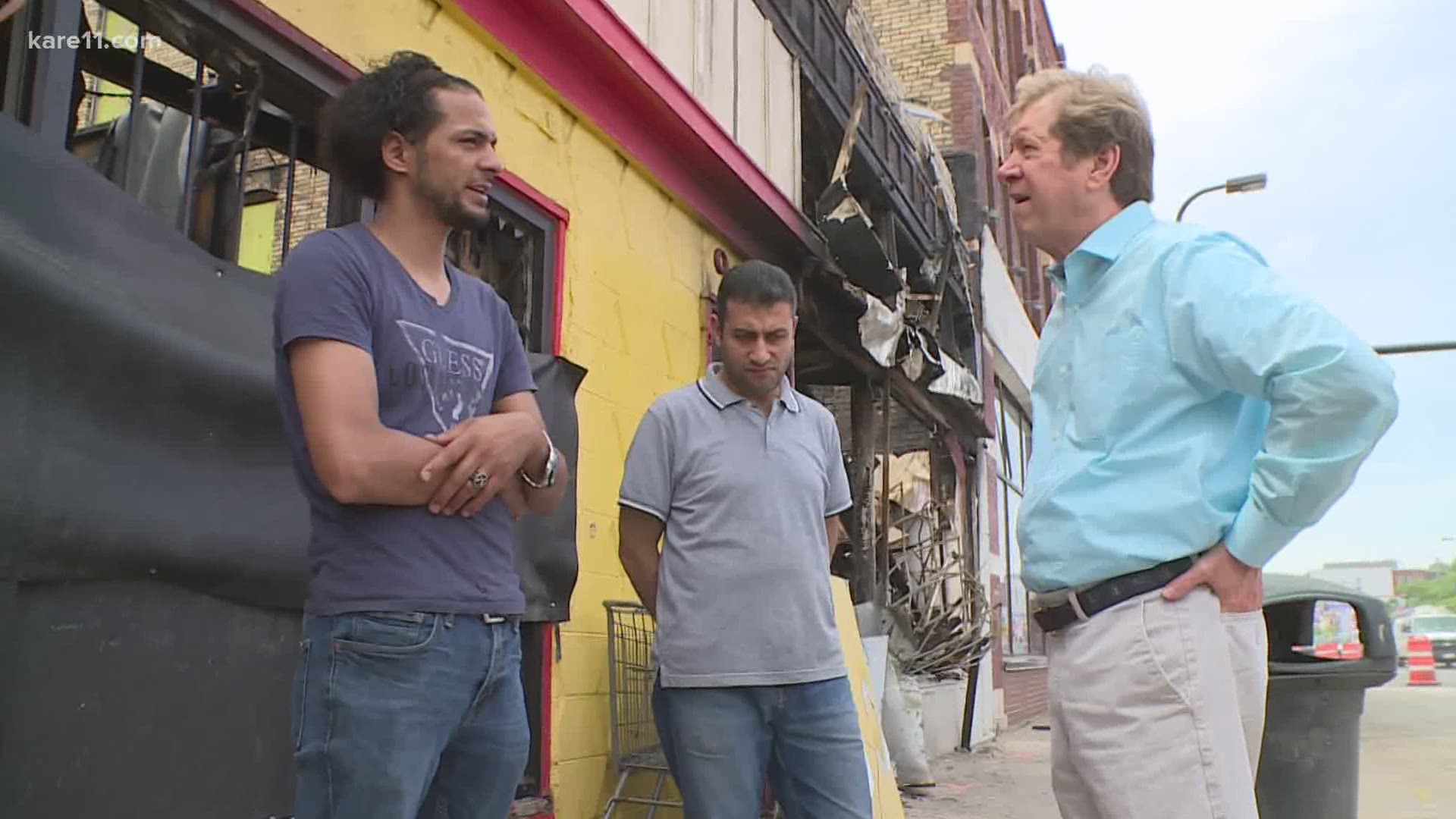 MINNEAPOLIS — Republicans were already banking on the law and order vote, with President Trump professing unending support for police officers around the nation.

But the controversy over the Minneapolis City Council's intention to "dismantle" the city's police department in the wake of George Floyd's death has provided the GOP with a new wedge issue.

The National Republican Congressional Committee called out all the Democratic members of the state's congressional delegation, plus some of the DFL candidates, demanding they say if they agree with the idea.

Former Congressman Jason Lewis, the Republican candidate for US Senate, hit hard on that theme Tuesday during visits to businesses that were burned in the rioting that followed Floyd's death in police custody.

"And everyone, including my opponent in this race, Tina Smith, in a position of power, should be speaking out against these dangerous proposals."

A day earlier Smith had already said she doesn't support doing away with police, but does support investments aimed at reducing conflicts between citizens and police.

"I don’t support abolishing police departments, but it is clear that we need to re-imagine policing in a way that emphasizes de-escalation and community engagement. This is how we fulfill the fundamental promise that everyone feels safe in their home, on the streets in their neighborhood, and in their community."

Council members appeared at a Reclaim the Block rally in Powderhorn Park Sunday, stood on a stage with a banner that read "Defund the Police" and declared they had a veto-proof majority in favor of dismantling the current department.

This came a day after the Mayor Jacob Frey was booed and shouted down at a Defund the Police rally when he said he opposed the idea of abolishing the police department.

Since Sunday, city council leaders have clarified what they've committed to is starting conversations about how to redesign the department, a process that could last at least a year and will include many public hearings. It's all aimed at preventing officer-involved homicides in the wake of George Floyd's death.

But the words "defund" and "dismantle" sparked more sharp rhetoric, at a time Republicans were already expressing outrage over burning and looting of businesses in cities led by Democratic mayors and a state headed by a DFL governor.

"Republicans are anxious and they’re looking for a way to break up this coalition Democrats have put together since the 2018 midterm election that includes women, educated people and suburban voters," Larry Jacobs of the Humphrey School of Public Affairs at the U of M told KARE.

"What’s happened in Minneapolis could be a recipe for splitting that coalition, and Republicans are tripping over themselves trying to use the threat of dismantling of the police force to portray the Democrats as too radical for America." 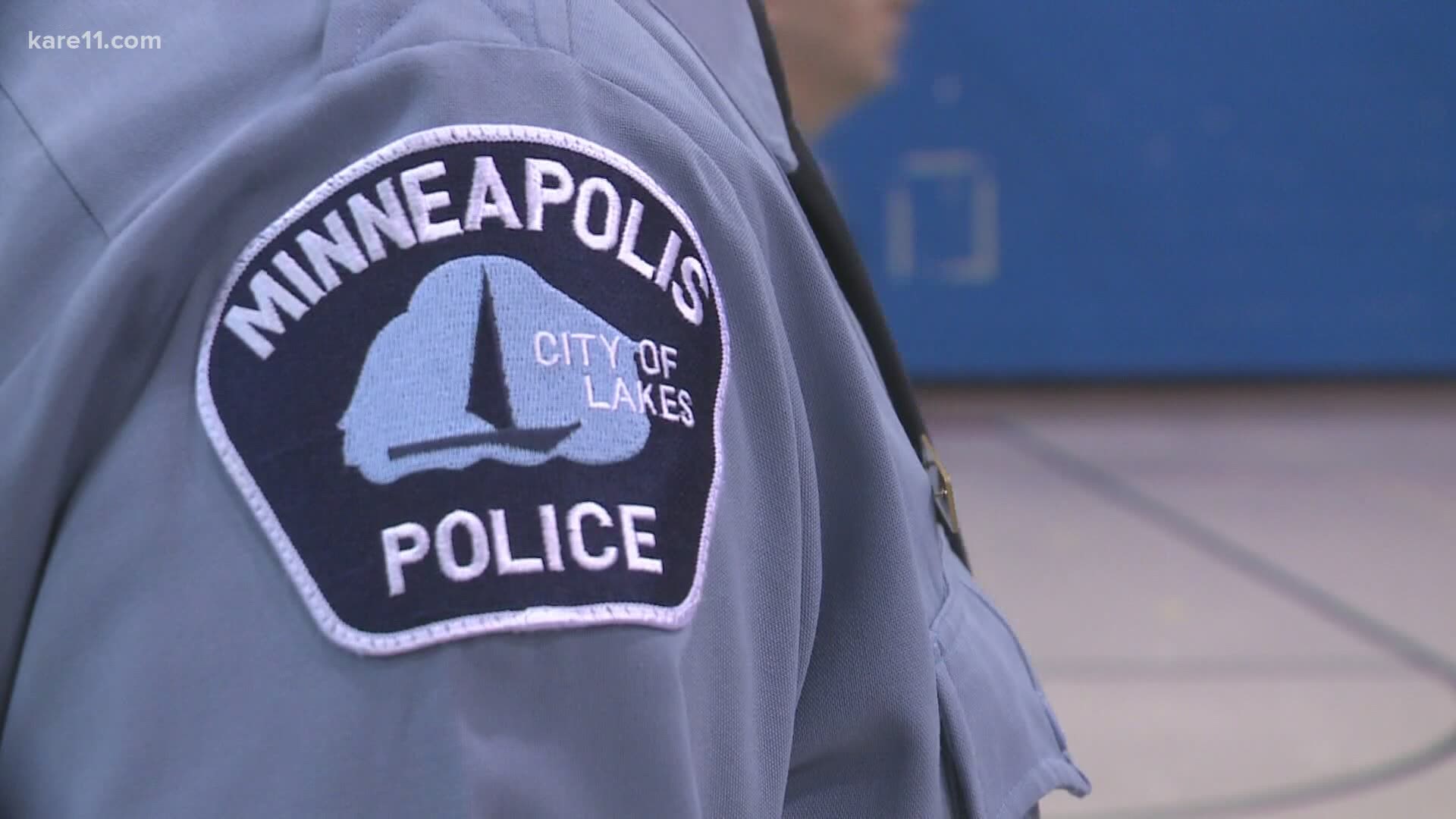 Jacobs said it's clear the Minneapolis City Council isn't about to make any rash moves that could leave citizens unprotected. He sees it as means for the council to gain some political leverage in the face of opposition from the police union and state lawmakers who have vowed to stop any efforts by the city to break up the MPD.

He said Democrats are looking to harness some of the renewed grassroots progressive energy generated by the protesters without adopting ideas that would alienate more moderate voters. Jacobs compared that to how the Republican party tapped into the enthusiasm of the Tea Party a decade ago but didn't adopt that movement's most controversial proposals.

One of the business owners Jason Lewis visited Tuesday was Ahmed Omara, the owner of Olympic Cafe, which is now a burned-out storefront on West Broadway Avenue in north Minneapolis.

Omara closed his business early on Friday, May 29 because of the unrest brewing across the city.

"I watched the surveillance camera. After my camera stopped working, I checked with my neighbor, and he told me, 'Your shop is in the fire'," Omara recalled.

He said he's working with the building owner and his insurance agent to try to figure out his next move, and whether to return to that location. And what does he think about the defunding controversy Lewis came to discuss?

"We need the police, because if there’s no police in the city it’s going to be the war," he said.

"If any police officer does make a mistake he has to be in jail right away. The police officer's job is to protect the people. Not to scare the people or be killing people."