Revealing the hidden costs of a state government shutdown threat

The mere threat of a shutdown can bring construction projects to a halt and add costs for taxpayers as contractors prepare to leave job sites. 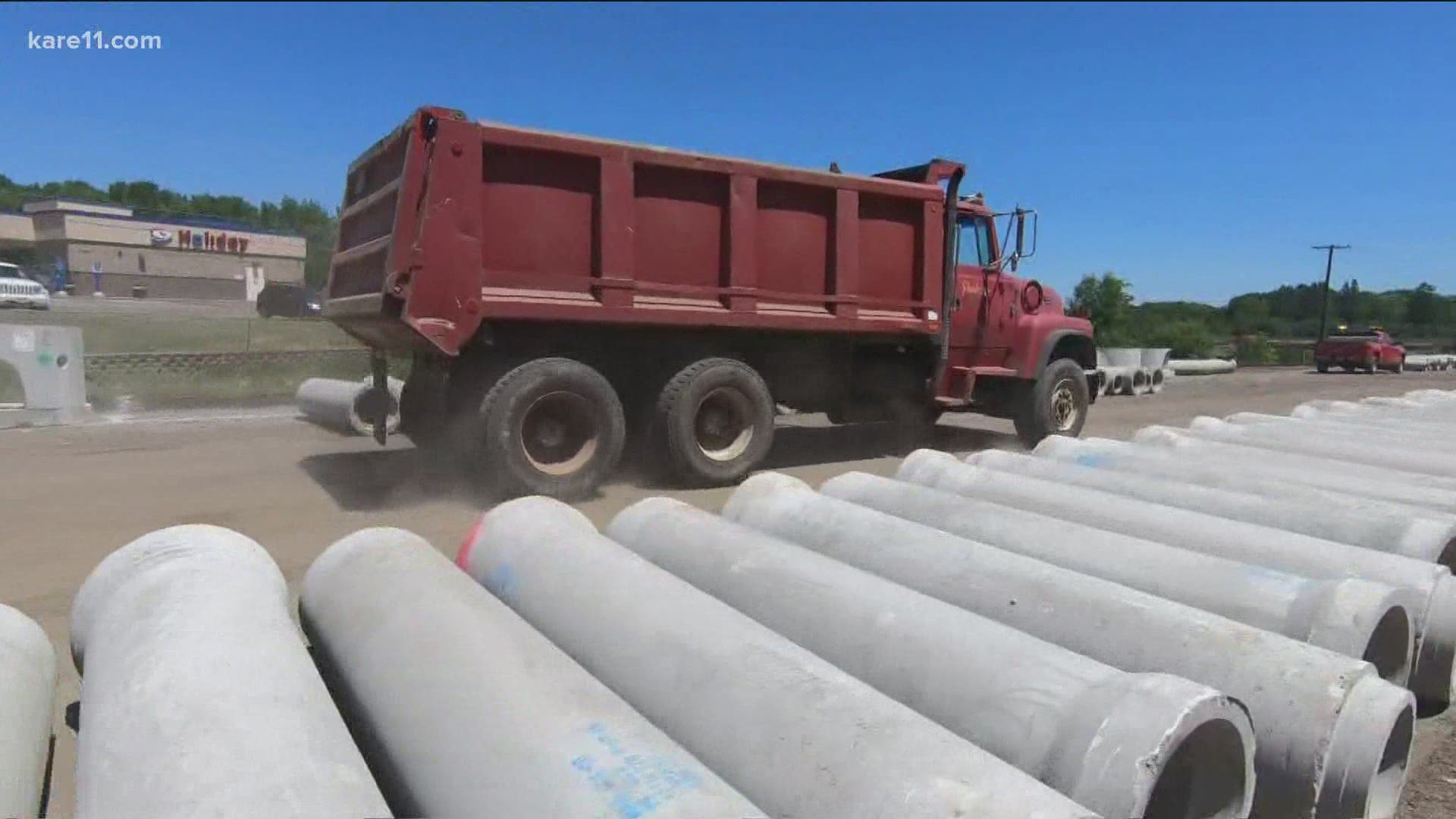 MINNEAPOLIS — Most of us think about shutdowns in terms laid-off state workers, and services that are suddenly unavailable such as camping and hiking in Minnesota state parks.

But if lawmakers miss their deadline to pass a balanced budget, the resulting government shutdown will also stop the flow of money to many of the state's contractors on July 1.

For example, construction contractors. They'll have to temporarily walk away from highway job sites until the legislature passes the spending bills that, taken together, make up the state budget.

And it's not just about road projects being delayed. There are a lot of hidden costs that taxpayers may have to pick up even if the shutdown is averted at the last minute.

Contractors are required to wind down their job sites before July 1 arrives, which is why they're watching the special session drama at the Minnesota State Capitol closely. That can entail moving equipment, locking down material and erosion control operations.

"What happens in a shutdown is no work happens, but what happens leading up to a potential shutdown is significant," Senator Ann Johnson Stewart told KARE.

"With a project this big you cannot just work until June 30th and then everybody goes home. We have to button up the job, as we call it."

Sen. Johnson Stewart, an Edina Democrat, knows her way around a road construction site. She's a civil engineer by trade who runs an engineering firm holding contracts on road projects. She also teaches at the University of Minnesota and area technical colleges.

We spoke to her Wednesday at the US Highway 12 project near Maple Plain. Her company, PE Services, is handling inspections and compliance on a project that will improve safety along a heavily-traveled corridor west of the Twin Cities.

"All of our environmental permits require that any disturbed ground be covered up and established with mulch or another kind of turf establishment within seven days," Johnson Stewart explained.

"There are only so many contractors that do that, and we have many projects going on through the entire state."

Projects with temporary lane closures and diversions must also be prepped for a shutdown before it starts.

Following the 2011 state shutdown, MnDOT paid out $35 million extra for mobilization costs incurred by contractors just for winding down road projects and then reopening them after the political standoff was resolved.

Johnson Stewart said she, like most rank-and-file lawmakers, has been kept in the dark about the status of negotiations happening behind the scenes between top leaders and committee chairpersons.

But the uncertainty is creating stress out on job sites, and contractors who work for all state agencies.

"On this job alone, we have three dozen construction workers. My staff has two people – MnDOT has four or five people out here. That's four dozen people. That's their life!" she remarked.

"It’s so frustrating, and to say you stand for the people and yet you’re jacking them around like this, NO!"

Johnson Stewart said some highway contractors and subcontractors don't have other jobs lined up, because they expected to be working during the peak of the construction season. Other contractors may choose to move resources to projects in other states until Minnesota's legislature has an agreement.