In an interview with KARE 11, Minnesota Senator Tina Smith talked about the impeachment trial which is set to begin in earnest Tuesday. 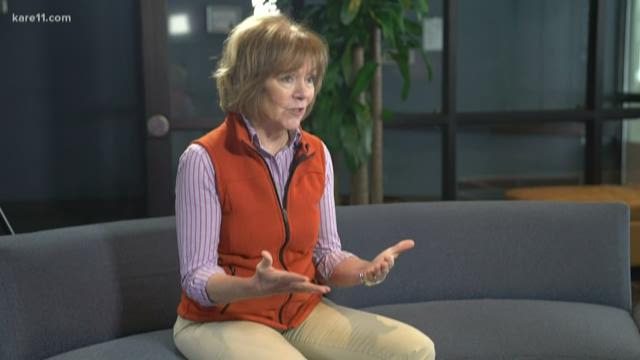 The president was impeached by the House last month on charges of abuse of power and obstruction of Congress.

Ahead of opening arguments, it's expected Tuesday that Republicans and Democrats will debate a resolution setting the rules for the trial.

Late Monday, Senate Majority Leader Mitch McConnell, R-Ky., laid out plans for a speedy impeachment trial. It allots each side a total of 24 hours to present their arguments. The resolution would also push off any votes on witnesses and evidence until near the end of the trial. 51 senators have to vote in favor of it, meaning Democrats need the support of at least four Republicans.

On Sunday, before heading back to Washington D.C., KARE 11 sat down with Minnesota Senator Tina Smith to talk about the impeachment trial.

Sen. Smith, a Democrat, said witnesses are important for a fair trial.

"I'm interested in hearing from people who have direct first-hand knowledge of what happened. So first among those in my mind would be John Bolton and also Mick Mulvaney who is the president's acting chief of staff," Sen. Smith said.

President Trump tweeted Monday that he thinks he got "zero fairness" in the House. In a 110-page trial memo, the president's legal team called it a "rigged process" that is "brazenly political."

Last week, senators took an oath to be impartial. When asked if the public can trust that to happen, Sen. Smith said, "I swore an oath to provide impartial justice according to the constitution and the laws and I take that very seriously. I can tell you that when we all stood up on the floor of the Senate and watched the chief justice of the United States Supreme Court come on to the Senate floor and be sworn in himself to be presiding over the trial, it was a weighty moment. I felt a little catch in my throat feeling the weight of history and the weight of that responsibility. So I take it really seriously."

During the trial, senators are expected to be silent and unplugged. Later in the trial, they will have an opportunity to ask questions.

"The way that will go is we will write our questions down and then we will pass them up to the chief justice who is presiding. He will ask our questions for us. So we really will not have discussion amongst ourselves until we get to the time when we are deliberating what to do," Sen. Smith explained.

If Sen. Smith could only ask one question, what would it be?

Sen. Smith responded, "I would ask a question about what was the president thinking when he asked this leader of a foreign government to interfere in our elections by helping the president politically. That's what the evidence has shown and unless there's new evidence to come forward, that's the question I would ask. Why did that happen? Why did you do that?"

In the memo released Monday, President Trump's legal team argue that House Democrat's theory of "abuse of power" is not an impeachable offense.

You can read the entire memo, here.

Proceedings begin Tuesday at 1 p.m. EST and will run six days a week (Monday through Saturday). It's not clear how long the trial will last but President Bill Clinton's impeachment trial lasted about five weeks.