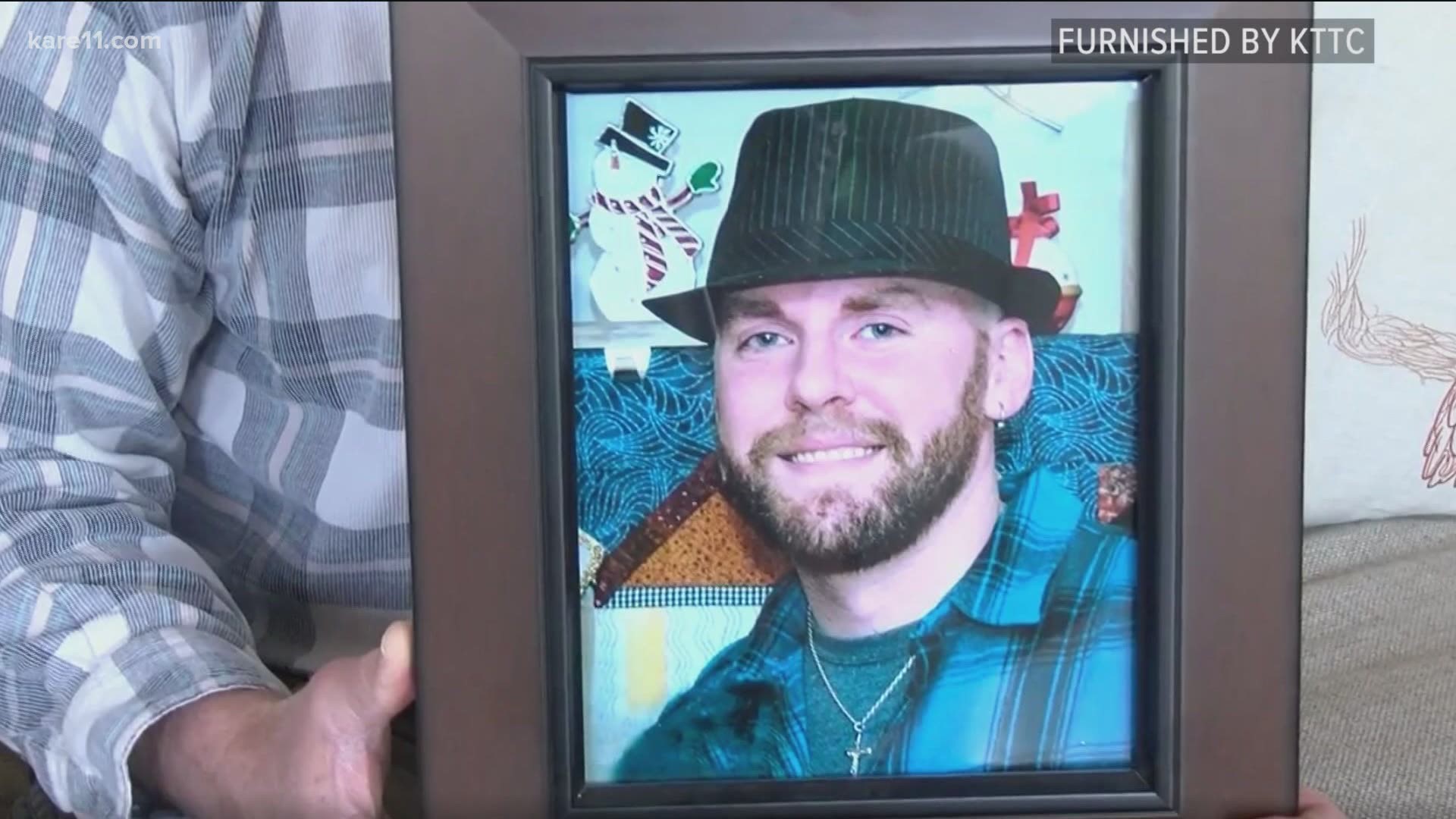 ST PAUL, Minn. — The Minnesota Senate Thursday unanimously approved a bill designed to protect confidential informants who work with police. The measure, dubbed "Matthew's Law" was inspired by what happened to Matthew Klaus, who died of an accidental overdose in 2019 while working with the Rochester Police Dept.

"Matthew had been a confidential informant in Rochester, working with the Rochester Police Department on drug buys, and during that whole process Matthew himself became the victim of a heroin overdose and passed away," Sen. Dave Senjem told his colleagues.

Senjem's "Matthew's Law" bill would instruct the POST Board and other law enforcement organizations to create a statewide standard policy for handling confidential informants and making sure their rights are protected.

"Confidential informants are an important part of our law enforcement structure. We need them, but we need to take care of them as we use them."

John and Denese Klaus didn't know their 32-year-old son had been working with Rochester Police at the time of his death. They urged Senjem to take up their cause at the State Capitol.

"We only found out he was an informant from a friend who saw it in the news," Denise Klaus told Senator during a hearing earlier this month.

"We were not even given the consideration of a phone call from the police department to give us an advanced warning that his death would be announced in the news because of his role as an informant."

Mrs. Klaus said Matthew was a recovering addict, and even his probation officer didn't know he was handling drug deals for police. They believe it put him at risk of a relapse, which ultimately led to his death from an overdose of heroin laced with fentanyl.

"I'm certain the narcotics officer that worked with Matt genuinely cared for Matt and was truly upset about what happened. However, people in his role are not trained in substance abuse issues."

Denise Klaus said her son was required to sign away all of his rights to hold the department legally responsible when he took on the role of confidential informant. The new policy will include instructions that informants have advocates.

"I want anyone acting as an informant to be treated with the respect that anyone should be given," she remarked.

"These are people who have families and friends who care about them, and in the case of addicts they have a disease. Matthew was a son, a father, a brother and a friend. A bill like this would’ve better protected him and maybe we all wouldn’t still be grieving him today."

The bill passed on a 66 to 0 margin, in part because law enforcement organizations such as the Minnesota Police and Peace Officers Association backed the final version of the bill.

"This really brings all the stakeholders together to make sure we are protecting those CRIs and really allowing law enforcement to do a very good job of keeping our community safe, getting intel and doing their job."

A similar bill is pending in the Minnesota House.