GOP majority passes its own set of police reforms, and rejects Democrats' efforts to go further in response to George Floyd's death. 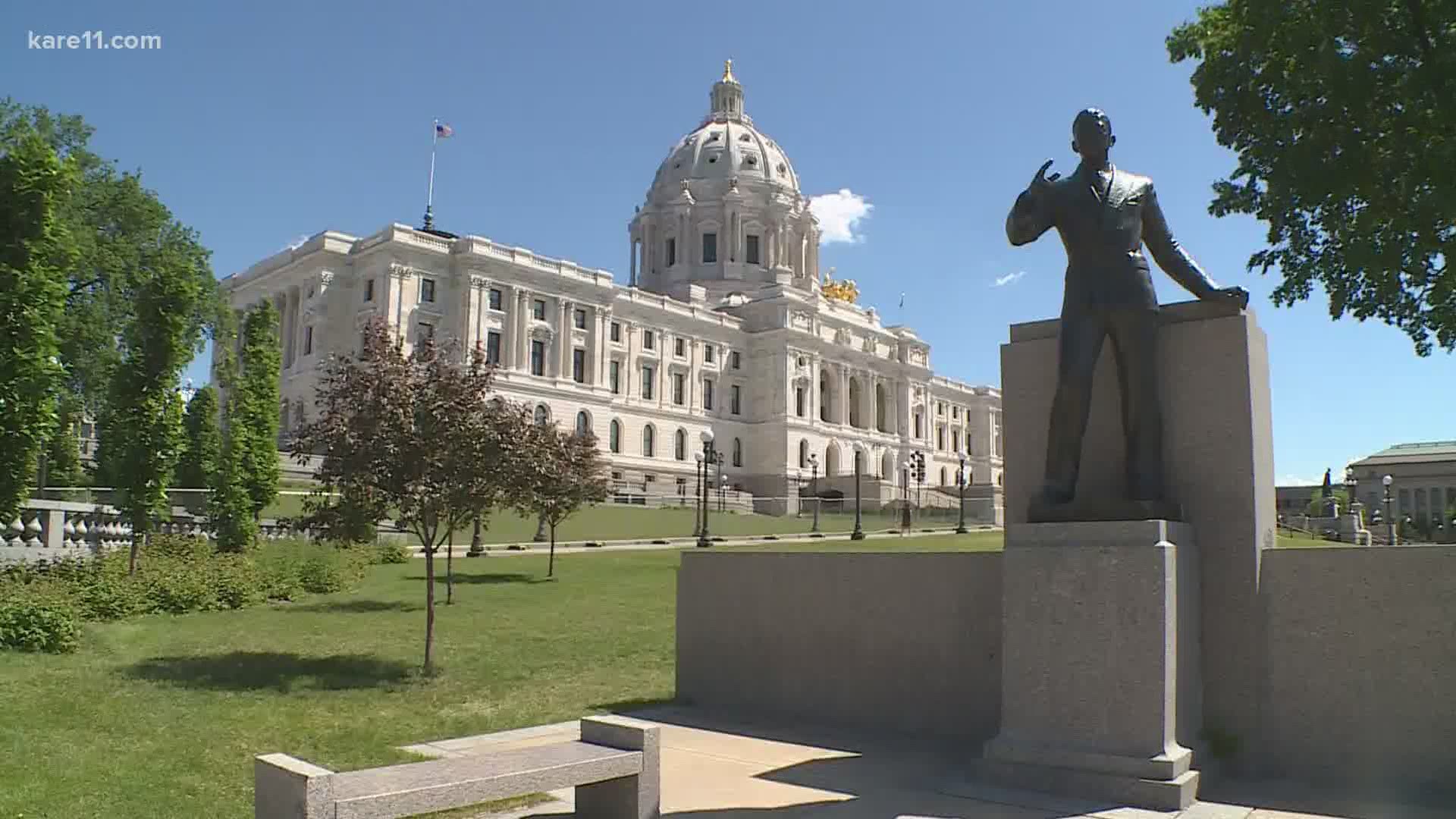 ST PAUL, Minn. — The tension was palpable Tuesday in the Minnesota Senate, where the Republican Majority spent most of the day fending off efforts by Democrats to take up police reforms such as a ban on warrior-style training.

The Senate moved ahead with five bills authored by Republican members, and pushed back efforts by Democrats to add their ideas to the mix through direct floor amendments. Those proposals were tossed out on procedural votes, as not being germane to the subject of the bill.

"So why don't we stop looking this issue through your eyes, and start looking at it through my eyes, Senator, and us who have to deal with this issue?" Minneapolis Sen. Jeffrey Hayden asked a GOP senator.

"My life is on the line each and every day that I leave here!"

The Senate's normal rules bar senators from talking to each other directly in floor debates, but to address their comments and questions instead to the Senate president. That piece of decorum went out the window as the evening wore on and the marathon session stretched into the predawn hours of Wednesday.

"I didn't think I needed to get permission from four or five people to present a law that applies to the entire state of Minnesota, not just south Minneapolis," Sen. Warren Limmer, the Public Safety Committee Chair, told colleagues.

The Republican reform bills, if signed into law, would:

The POST Board, or Peace Officer Standards and Training Board, sets statewide licensing standards. Minnesota cities and counties with law enforcement agencies are expected to implement the policies adopted by the POST Board.

It became clear during hearings earlier in the day that Senate Republicans considered the death of George Floyd in police custody on Memorial Day as failure by the Minneapolis city leaders, and shouldn't affect the rules for officers statewide.

"It is kind of sad that the State has to get involved in response to some of the failures that happen in local communities," Sen. Warren Limmer said during a committee hearing on the measures. 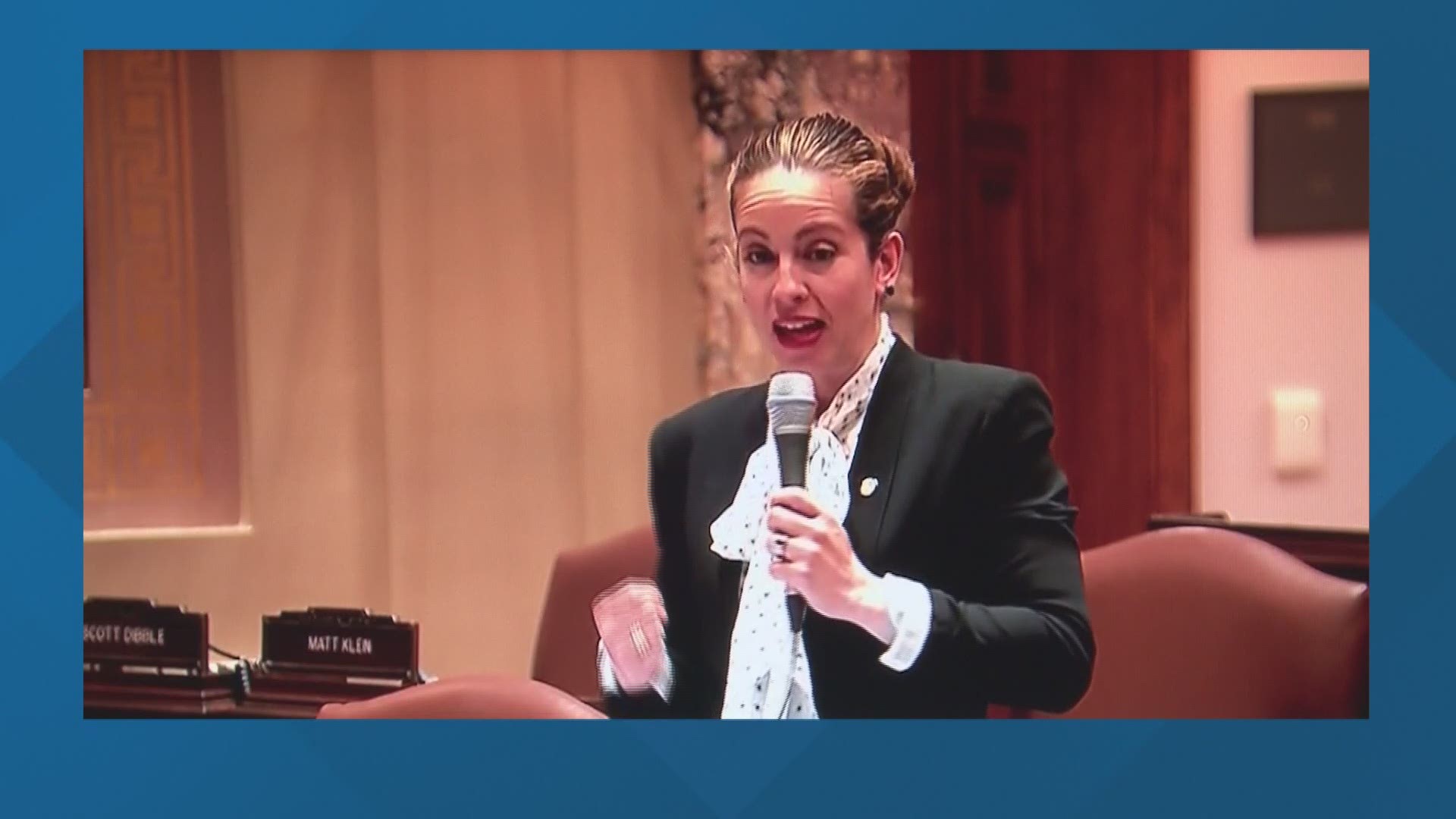 Sen. Bill Ingebrigtsen, an Alexandria Republican and former sheriff, said the type of police behavior exhibited in the viral video of Floyd's death was a Minneapolis issue.

"I will not vote to hamper the good law enforcement professionals out there who are now going to be affected by one or two bad apples. Those bad apples, by the way, are now arrested, in jail," Sen. Ingebrigtsen remarked.

Later, during the floor debate, he again cited the state's largest city.

"Maybe this is a Minneapolis problem. It isn't a problem I've had out in my area," Ingebrigtsen explained.

"If it happens to be in an area which if very clear to me where there seems to be a problem in this state, then it needs to be dealt with there."

The Senate Republican had already announced they won't take up a longer list of DFL proposals before their self-imposed deadline to end the session by Friday.

Those ideas, put forward by lawmakers in the House People of Color and Indigenous Caucus, or POCI Caucus, are working through those bills in House committees.

"We are not police haters, as I've heard some of the members in this chambers say," Sen. Melisa Franzen of Edina asserted.

Republican lawmakers have said they'd like to consider some of these ideas in the coming months, or when the regular session begins in January of 2021.

But they've already rejected the idea of giving the Attorney General's office automatic jurisdiction in officer-involved fatal incidents.  They were cool, initially, to the idea of expanding the POST Board but have agreed to adding two members.

Sen. Limmer and other GOP senators also raised the specter of the Minneapolis City Council's support of "defunding" and "dismantling" its police department, a restructuring plan the council will study for the next year.

"We can only imagine what Minneapolis would be like without a police department," Limmer said.

Several DFL lawmakers responded by reminding Limmer that they don't support defunding, and that wasn't the topic of any of the bills they were trying to convince the GOP majority to adopt.