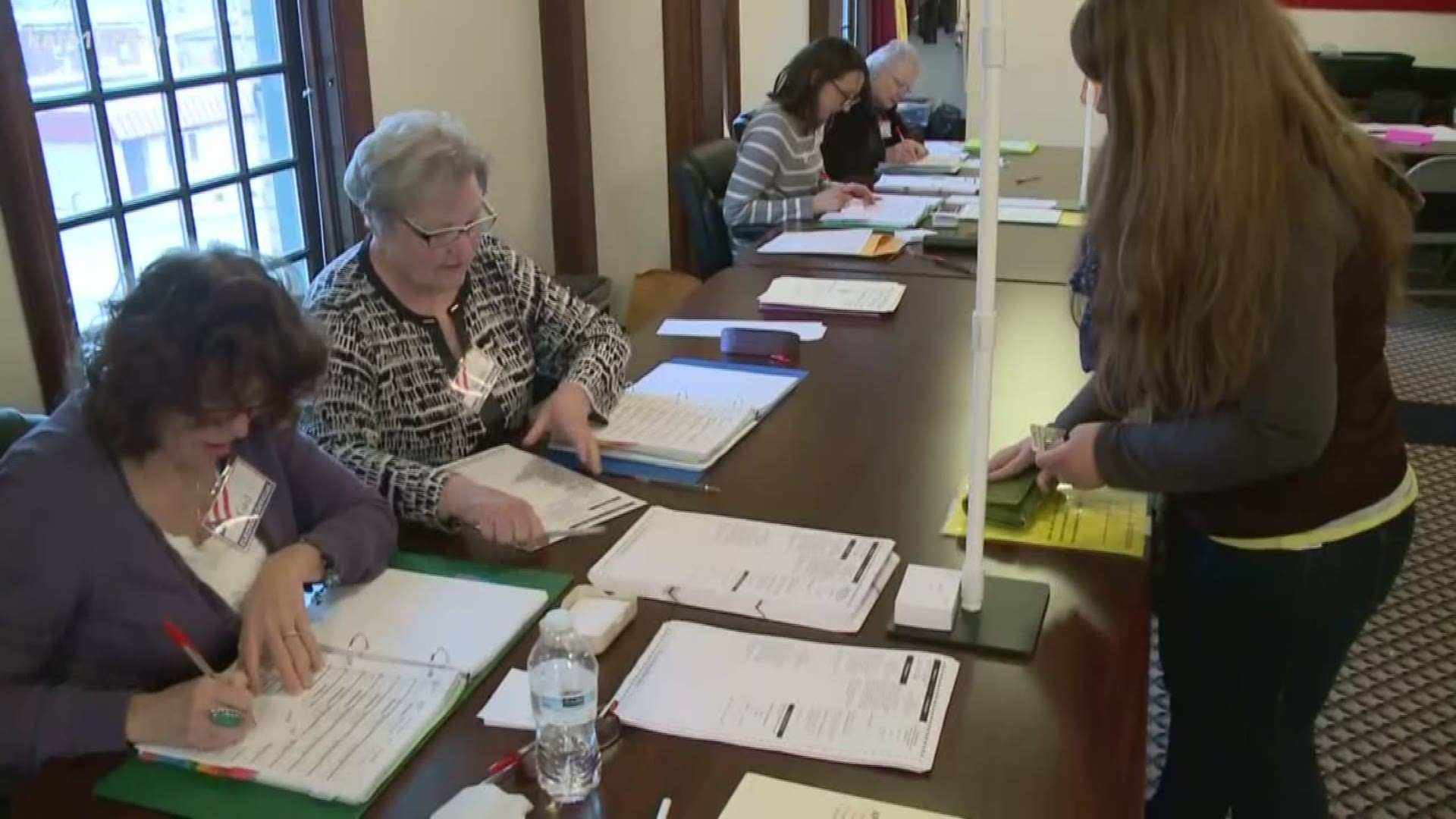 ST PAUL, Minn. — State Capitol observers expected to hear a lot about bonding, guns, vaping, marijuana and insulin in the 2020 session. What they didn't see coming? A renewed push for voter photo ID.

But Republican Senate Majority Leader Paul Gazelka announced on Facebook that voter ID will be a priority in 2020.

"We are going to push hard this year to say if you’re voting you have to have an ID to vote," Sen. Gazelka said in a video posted on the Minnesota Senate Republican Caucus page.

"I think with all the things that have been happening around us, people want to know the elections are secure, and we’re standing up saying this is something we’re going to do."

Voters in 2012 rejected a proposed constitutional amendment that would've added voter photo ID to the Minnesota Constitution. The new bill, which will be authored by Sen. Scott Newman of Hutchinson, won't be a proposed amendment.

It would be a change to the state's election laws, requiring an ID to have your vote counted on Election Day. It's not clear if Newman's bill would allow voters to cast provisional ballots that are counted only after they return with proper ID.

In 2012, opponents asserted it would disenfranchise elderly and low-income voters who haven't had the means or opportunity to update the IDs they used when they originally registered.

"Many of us are able to spend $5, $6, $7 a day on a Starbucks cup of coffee. That is a barrier to many within these groups I’ve just mentioned."

Belladona-Carrera pointed out that Wisconsin's voter ID law excluded thousands of otherwise eligible voters in 2016.  She cited a University of Wisconsin study that estimated 16,000 to 23,000 voters in Wisconsin's two most populous counties didn't vote due to a lack of current ID.

The study found low-income and black voters were disproportionately affected by the change to voter ID in Wisconsin.

"It doesn’t matter who that person’s voting for, which party they identify with; what matters is that you have everyday citizens able to elect the person they have a right to elect."

Leaders of the DFL-controlled House remain strongly opposed to the idea of voter photo ID, and Gov. Walz has made it clear he wouldn't sign such a bill. Walz called it "a solution in search of a problem" because there's been virtually no proof of voter impersonation fraud in Minnesota.

A 2018 review by the Office of Legislative Auditor's office recommended tightening up of registration records but found no evidence of illegally registered voters defrauding the system or impersonating other voters.

The OLA report found 132 persons were charged in the preceding decade with voting or registering to vote while still on probation, which is illegal in Minnesota. That's from a group of 3.3 million registered voters.

Of those former felony offenders brought up on charges, 47 were convicted. Real-time cross-checks between voting records and criminal records have improved since 2008.

One solution proposed by Democrats to do away with that crime would be to allow felony offenders to vote as long as they're not currently incarcerated, which is the law in North Dakota and 13 other states.

In the meantime, several former offenders have sued the state, with the assistance of the ACLU, seeking to strike Minnesota's law that bars voting while on probation.

But voter ID has been a hot campaign issue for Republicans, and election years are strategically the best time to push the narrative that law-abiding voters are having their votes cancelled by ineligible voters casting illegal votes.