Sen. Scott Jensen of Chaska, who is a physician, says state's medical board is investigating two complaints against him based on interviews and speeches 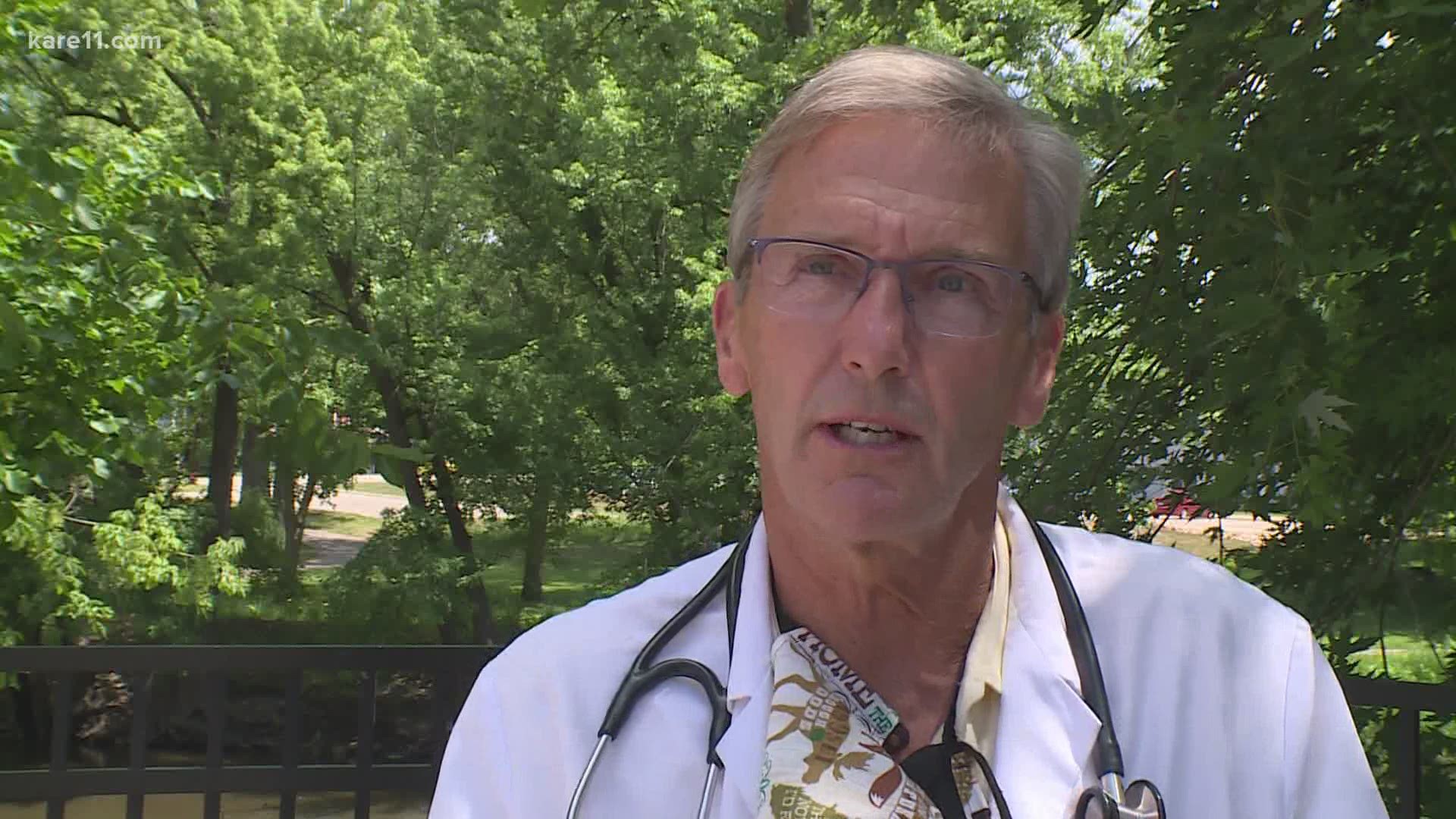 MINNEAPOLIS — Sen. Scott Jensen is convinced his opinions about COVID-19 are being used against him in complaints with the state medical board.

Sen. Jensen, who is a family doctor, has made no secret he believes Minnesota's response to the coronavirus pandemic has been out of proportion to the risk. He has argued the costs of shutting down the economy, elective surgeries, schools and churches have outweighed the benefits.

Now Jensen believes he's targeted for speaking out against the state's strategy for battling COVID-19. In a viral Facebook video, the Chaska Republican, revealed the Minnesota Board of Medical Practices is formally investigating two complaints lodged against him.

"That was hard, the fact that a licensing board could be used as a weapon," Jensen told KARE. "And then the fact that you don’t get to know your accuser. And this has nothing to do with patient care, this has to do with public comments."

The medical board, by law, must investigate both complaints but can't legally divulge the names of those who lodged them. In fact, the board isn't even allowed to confirm the existence of a complaint or investigation unless it ends with some type of disciplinary action.

The only reason it's in the public realm at this early stage because Jensen decided to announce it after receiving the letter from the board.

"This is a conversation that, quite frankly, Minnesota and America have to have," Jensen remarked. "Using a regulatory board as a weapon to silence someone is wrong."

He said one of the complaints stems from an interview he did in April with a Fargo TV station, citing instructions physicians received from the Minnesota Department of Health explaining how to label probable COVID deaths on patient death certificates.

Jensen suggested the state's instructions would result in inflating death totals because deaths from other illnesses could be lumped into the coronavirus totals without actual laboratory confirmation. He said government needed to stoke fears of the virus in order to assert more control over society.

MDH later clarified what the instructions meant and assured the public that probable COVID-19 cases aren't added to the state's official death totals until after they can be confirmed.  Jensen followed up by saying Minnesota is doing the death count correctly, but New York and other states are still overstating their actual death tolls.

The other medical board complaint, according to Jensen, related generally to statements he made comparing the mortality of COVID-19 compared to other epidemics.

"We will have 50 million Americans have the flu this year, we didn't shut the country down over that," Jensen told his colleagues during a Senate debate in April.

He stands by making those comparisons.

"The risk of death we experience on a daily basis isn’t really so dramatically changed as we might think because of COVID-19 - every day we get up in the morning we incur a risk of death," Jensen explained.

"When we talk in our country of 130,000 deaths of COVID-19 and then I share with you between suicides, drug overdoses and accidents the deaths are twice that number, I think that matters."

Jensen also appeared on FOX News criticizing the Centers for Disease Control or CDC, saying the nation's top epidemiological agency had fractured public trust by mishandling the pandemic and had become a partisan organization.

He has also questioned the wisdom of the state hiring hundreds of contact tracers to track where people may have been infected with the virus, or who else may have been exposed. Jensen called it an intrusion into the private medical information of patients, and had caused some people -- including his own wife -- to resist being tested at all.

What's in the relevant statute

So, can a doctor be disciplined for statements made in the political arena? It would definitely break new ground, but it's not impossible.

Jensen said the letter he received from the board cited a subsection of Minnesota medical discipline statutes that can, in theory, be applied to public statements by a practicing physician.

Section G. of that statue involves unethical or improper actions that include the following:

Jensen said the response to his Facebook video was overwhelmingly positive, but he's not looking to launch a legal defense fund. In fact, he said he has no plans to hire a lawyer to assist him in the process of responding to the complaints.