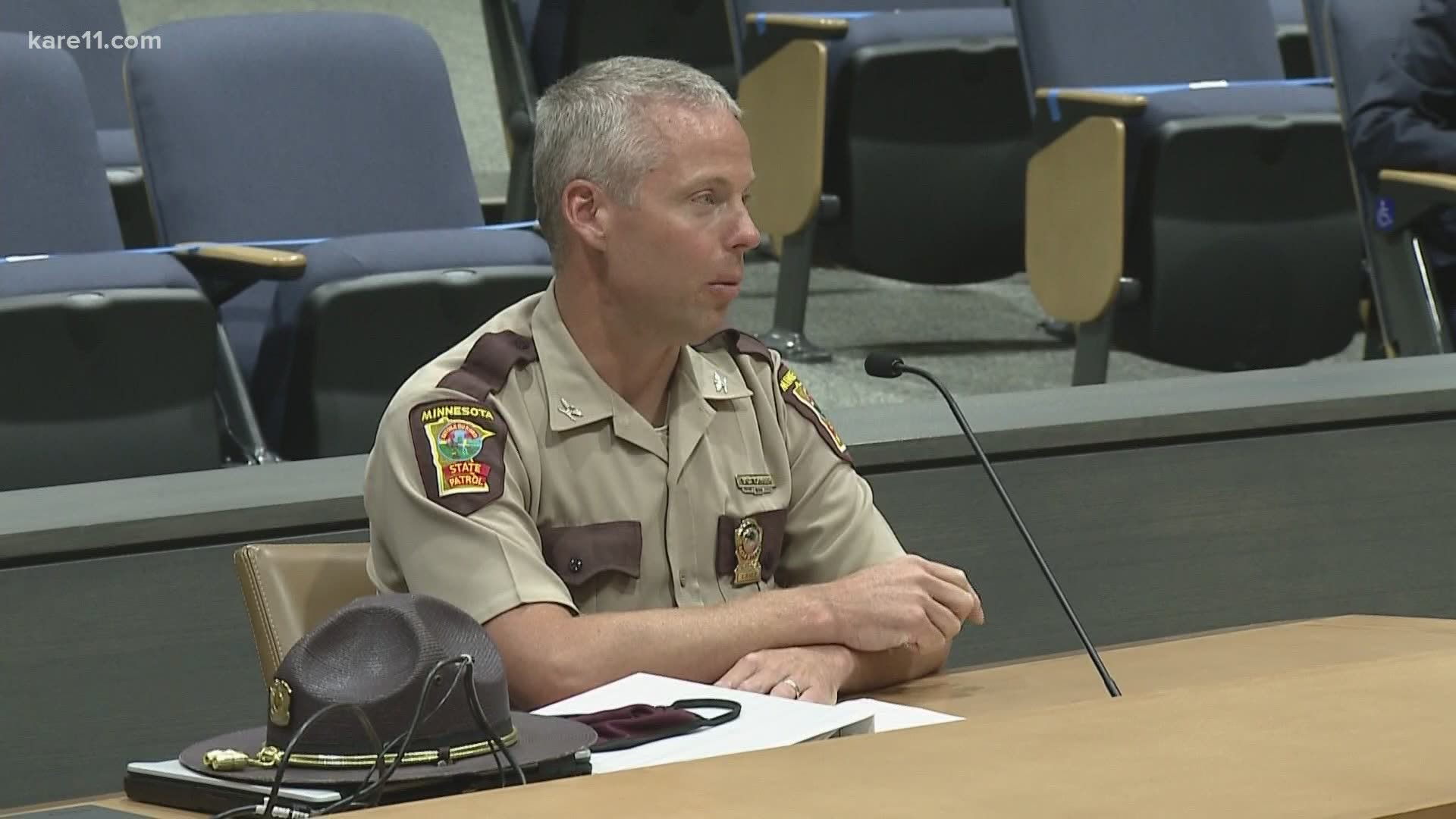 Langer said the plan June 10 was to negotiate with American Indian Movement protesters on the Capitol grounds and attempt to talk them out of it. But, just in case that didn't work, 35 state troopers were suited up and had assembled in the Capitol just out of view.

"Every other time we’ve dealt with these events at the Capitol, dialogue works. And that’s usually what people expect at the State Capitol, dialogue. It didn’t work this time. In hindsight, maybe there was a different way to do this."

Langer said that a Facebook post had led the patrol to believe the protester were going to leave Minneapolis at 5:00 p.m., and travel to the State Capitol. But by the time they arrived there was already a crowd of 50 to 70 people outside, including the media.

Captain Eric Roeske, who heads the State Capitol security detail, and the Dept. of Public Safety's tribal liaison, Nigel Perrote, were talking to those who appeared to be the protest organizers. According to Langer, it suddenly became clear that negotiations weren't going to do the trick, so Capt. Roeske turned to make the phone call to bring in the troopers waiting in the wings.

Before those officers could get to the statue, a small contingent of demonstrators had already swung ropes around it and dragged it to the ground.

"There’s a lot that goes into those decisions. Now I talked about this for probably five minutes but, in reality, that decision has to occur in about 13 seconds," Langer explained. "So, it’s complicated and difficult. And people on this committee are well aware hindsight is so clear."

He said he shared the senators' frustration that no arrests were made at the time, but commanders on the ground advised against provoking the crowd by making arrests on the spot.  They also advised against dispersing the crowd with teargas because there were children and media there.

The BCA has developed enough information to seek charges against at least three of the people involved in toppling the statue, and others may be charged as well as the investigation develops.

"I’m not minimizing what occurred here at all," Langer remarked. "But in the end the statue came down -- illegally -- nobody was hurt, we know who did it, and we have the statue."

No conspiracy to stand down

Republican Senators told Langer that many Minnesotans believe the State Patrol was ordered by political leaders to step aside and allow the statue to come down. Langer flatly rejected that notion several times during the hearing.

"There’s no hidden side conversation. No matter what you want to call it, it didn’t happen."

Not only did the protesters arrive sooner than expected, but the statue came down much more easily than most people would've imagined.

"I was really expecting in order to get a statue of that size off a pedestal they were going to need to truck or a whole bunch of people," Minnesota Public Safety Commissioner John Harrington told the panel.

"And just tossing a rope around something and yanking -- it certainly impacted my vision of how quickly we need to get people in position. That's a misjudgment on my part."

The commissioner also pushed back against the notion that he, Governor Walz or anyone else in the Walz Administration asked the patrol to stand down.

RELATED: Senate Republicans ask when Columbus statue will be restored at the Minnesota capitol

Harrington said the only discussion he had with Col. Langer prior to the protesters' arrival was to try to establish a calm dialogue with them, and if that didn't work go with more of a show of force from the troopers who would be assembling between 4:00 p.m. and 5:00 p.m. 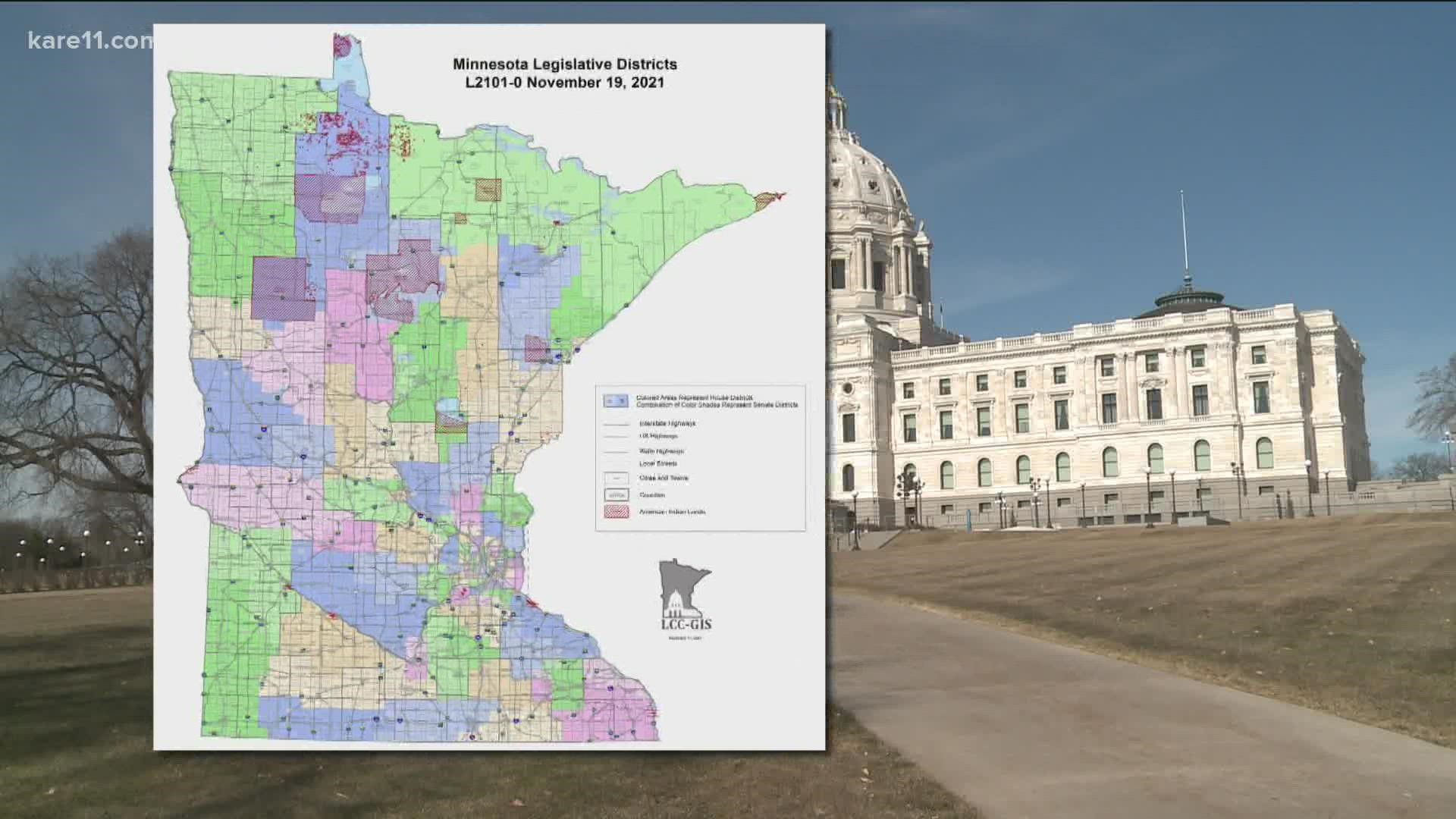