Acting Commissioner Pam Wheelock announced that two of former commissioner Tony Lourey's deputy commissioners who had quit were coming back. 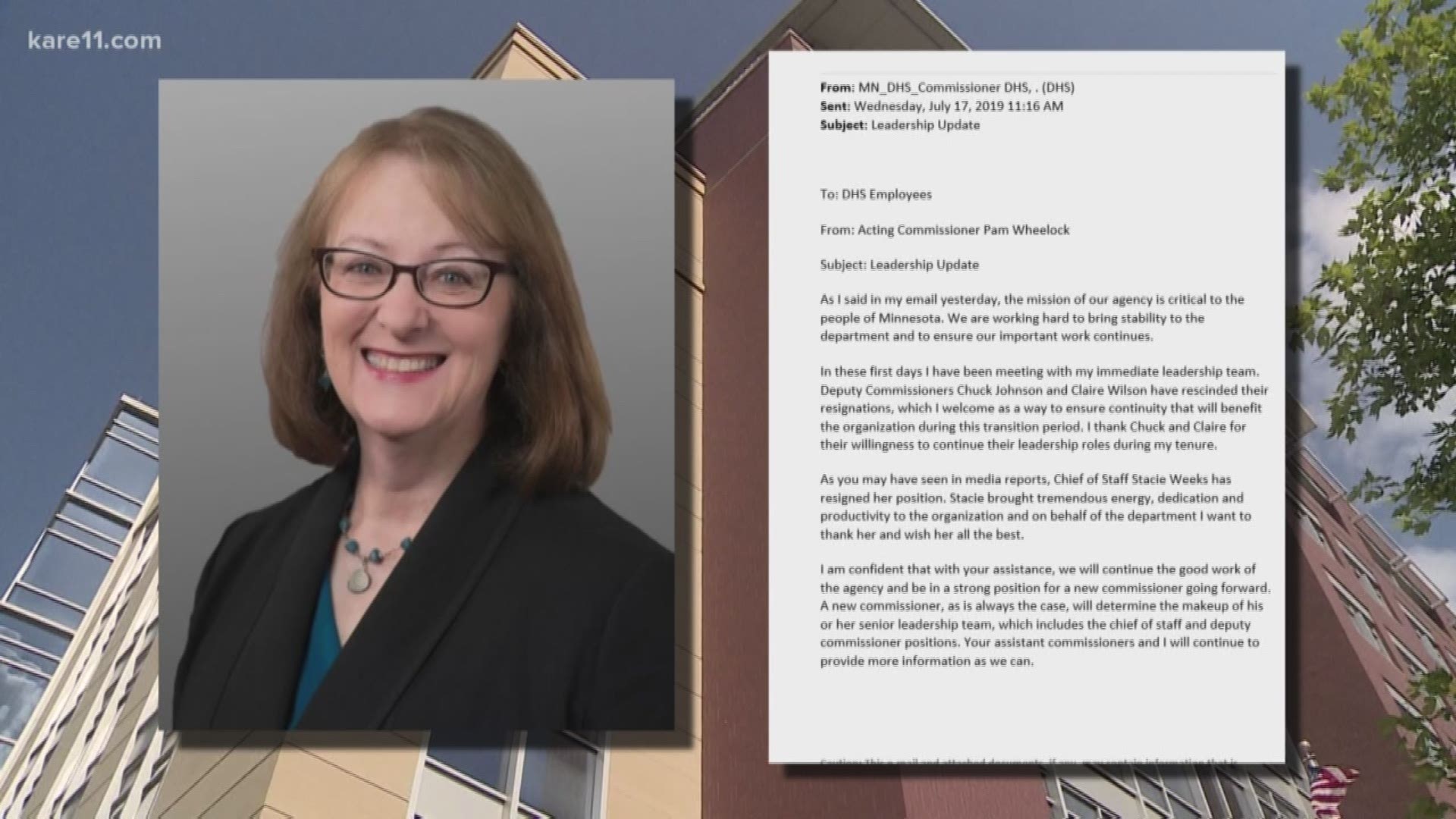 ST PAUL, Minn. — Another day, another drama at the Minnesota Department of Human Services (DHS).

One day after the abrupt resignation of DHS Commissioner Tony Lourey, Acting Commissioner Pam Wheelock announced that two of Lourey's deputy commissioners who had quit days earlier had changed their minds and were coming back.

"In these first days I have been meeting with my immediate leadership team," Wheelock wrote in an email to DHS employees. "Deputy Commissioners Chuck Johnson and Claire Wilson have rescinded their resignations, which I welcome as a way to ensure continuity that will benefit the organization during this transition period. I thank Chuck and Claire for their willingness to continue their leadership roles during my tenure."

While making that announcement, Wheelock also revealed that DHS Chief of Staff Stacie Weeks had turned in her resignation and would not be continuing with the department. No reason was given for Weeks' departure.

Acting Commissioner Wheelock urged DHS employees to "continue the good work of the agency" and to make sure the department is in good shape when a new leader is named by Governor Tim Walz.