ST PAUL, Minn. — St. Paul Police Chief Todd Axtell is raising red flags over the proposed 2020 city budget, saying it reduces the maximum number of officers in his department at a time when the city is experiencing rising gun violence in some areas.

Axtell has allies among at least two city council members, including Jane Prince.

"When I go door to door talking to constituents often times the first thing people say to me is don’t cut any cops," Prince told KARE.

"We’re just seeing a terrible spike in gun violence and a lot of it is in neighborhoods that I represent."

The mayor's staff acknowledged the budget plan would reduce authorized strength levels, but noted the department isn't at full strength currently due to attrition.  They say St. Paul is still on track to have the largest number of actual sworn officers ever in 2020, even with a lower authorized strength compared to 2019.

"My 2020 budget funds police $4.5 million above 2019 approved spending and authorizes the largest number of sworn officers Saint Paul has ever employed," Mayor Carter said, in a statement provided to KARE by his staff.

"I am confident in the department’s ability to serve our community within their proposed $105 million budget as we balance many needs across our city."

But at the police department the authorized strength reduction translates to five fewer potential hires, which will limit the number of police academy graduates that can be added to the payroll.  They also note that much of that $4.5 million in new funding would be used for long overdue pay increases negotiated with officers' union.

Council Member Prince noted the SPPD has made a significant effort at diversity in training and hiring, and part of that investment would be lost if those new recruits go end up working for other cities instead.

Council Member Dai Thao said he understands hiring more officers will always be controversial in some circles, especially in lean times. But the said he's seen important changes in the St. Paul Department and would hate to lose that momentum.

"I see, personally, the culture has changed," Thao said. "The engagement is there, and we need to make sure we continue to have equitable staffing as part of that."

The Minneapolis City Council will also be wrestling with the same issue, after Chief Medaria Arradondo asked for more officers for 2020. Staffing has become contentious in that city due to officer-involved shootings that have strained relationships between the MPD and some communities in the city. 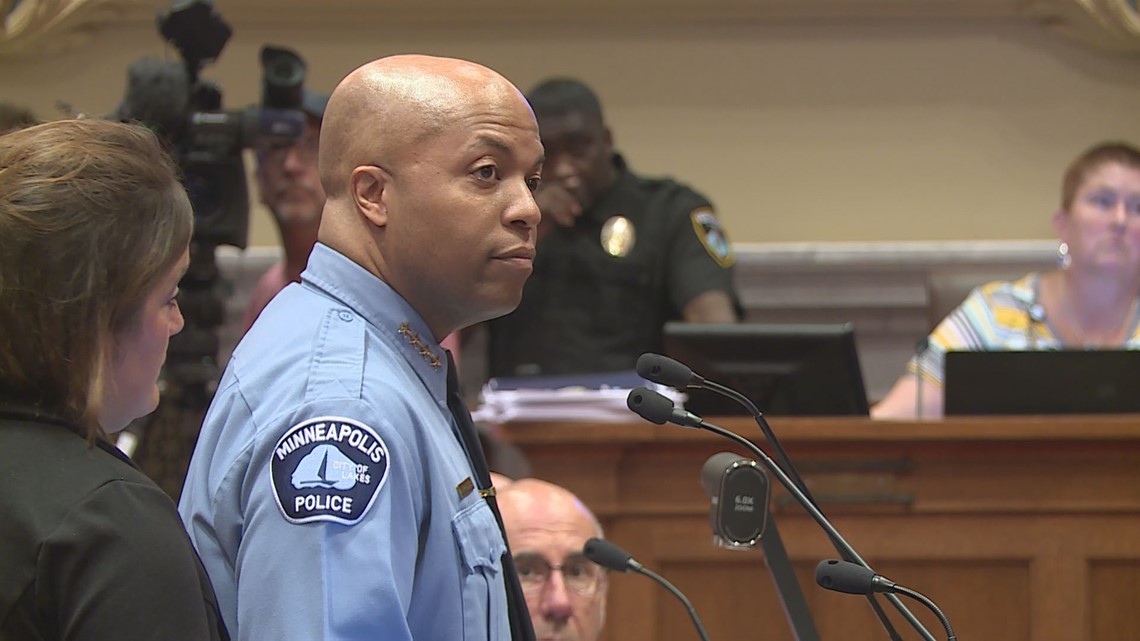 MPD Chief gives pitch for more officers
MINNEAPOLIS - In a three-hour public safety meeting at the Minneapolis City Council, Police Chief Medaria Arradondo laid out reasons why he believes increasing the number of MPD officers will reduce crime. By the year 2025, Arradondo believes MPD should increase from 600 patrol officers to 1000.