The mayor warned of a property tax increase had the vote failed.

ST PAUL, Minn. — St. Paul residents have voted substantially in favor of maintaining their current unified system of trash collection in which the city hires trash haulers, and they're allowed to bill individual residents and property owners.

The "yes" votes -- in favor of keeping the new system -- outnumbered the "no" votes by a 63 percent to 37 percent margin.

Had citizens voted against the current system, the financial obligation may have been shifted from the 73,000 residential customers in the program to all property taxpayers in St. Paul. Mayor Melvin Carter warned residents of a possible 17 percent property tax increase if voters scuttled the current trash system.

The Minnesota Supreme Court previously ruled that even if St. Paul voters trashed the city's waste collection system, a five-year contract with haulers would have to paid out. Trash customers wouldn't have been required to pay for trash collection, but hauling would continue and the city would've had to make up the difference.

The Supreme Court explained its reasoning, saying "the city is contractually obligated to allow St. Paul Haulers the exclusive right to provide waste collection services. The outcome of a referendum on an ordinance that establishes waste collection will not terminate the contract and does not rise to the level of a constitutional impairment of a contractual obligation." 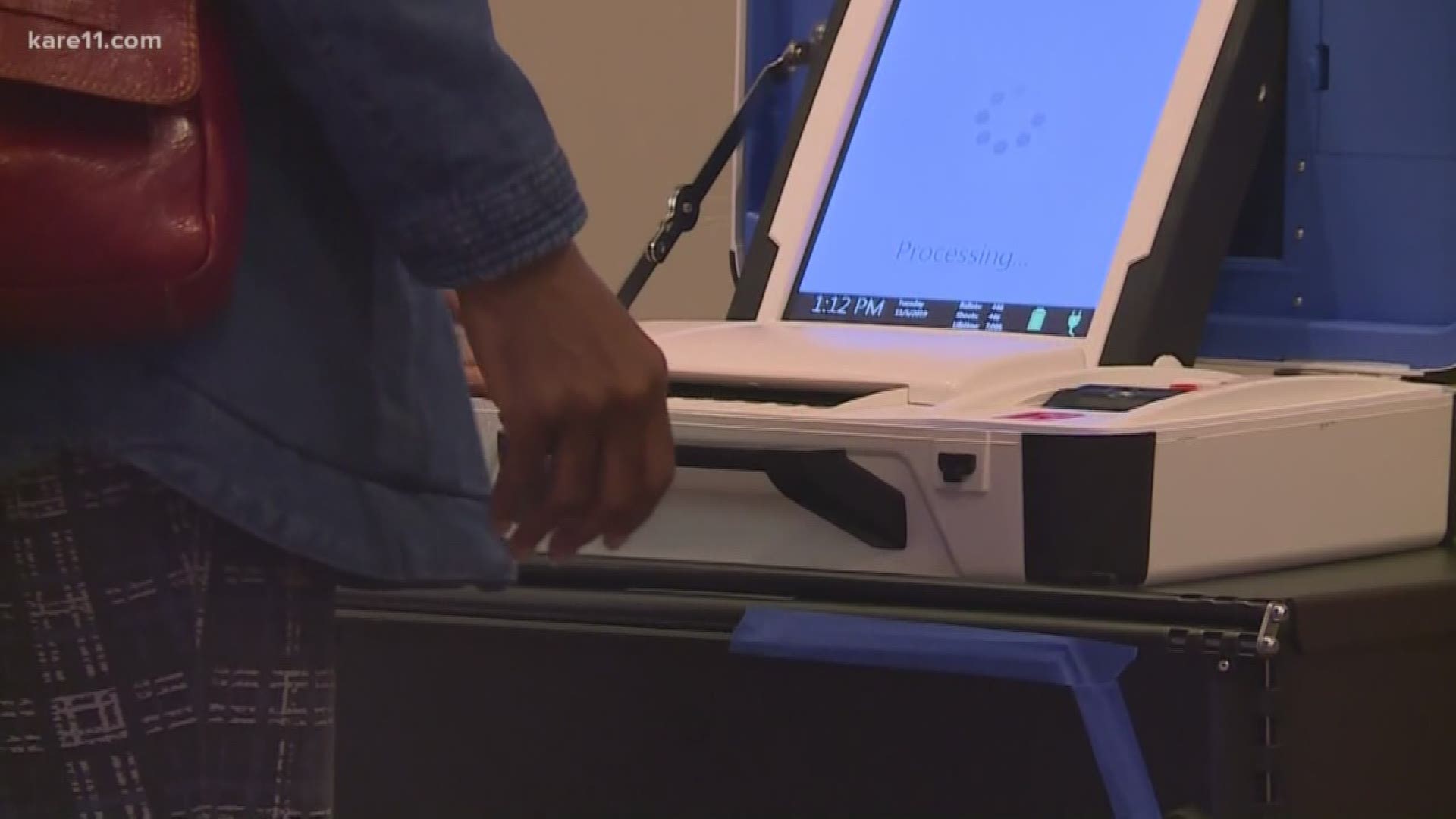 Put simply, even if residents had voted out the city's organized-hauler system, the existing five-year, $27 million contract will have to be paid in full.

The leaders of the Vote No campaign disagreed with that interpretation of the Supreme Court's ruling, and argued that the city could've simply renegotiated its contract with the trash haulers.

Opponents of the new system said they felt outspent, and were especially unnerved when one of the trash haulers, Republic Services, made a $28,000 donation to the Minnesota Jobs Coalition political action committee, which supported the Vote Yes campaign.

"On this Republic donation Mayor Carter just sat silent and they’re a party to the contract," Tom Goldstein, a spokesperson for the Vote No campaign, told KARE.

"This is putting the thumb on the scale and nobody in power is willing to say enough is enough."

The opposition gathered signatures to force a vote, but then had to fight the city in court to get the issue on the ballot.

St. Paul residential trash customers were historically on their own when it came to trash collection, hiring their garbage collectors directly. In the new system the city was divided into zones, with the work split among six trash haulers under contract to the city.

"We made a big change because the environment demanded it," Javier Morillo of the Vote Yes campaign told KARE, noting that multiple trucks were running down St. Paul's streets and alleys for decade servicing their customers.

"This was the largest reduction in emissions we could’ve done in years."

Morillo acknowledged the new system wasn't perfect, but he held out hope the contract would be improved as time passed.

In the old system some families shared trash bins, and others took their trash to their jobs to dispose of it. In the unified system every resident received a bin, and four-plexes that had gotten by with one or two bins received four.

Some families ended up with the same haulers they had before, while others had new companies assigned to their area. In many cases customers complained they were paying more than they did previously. 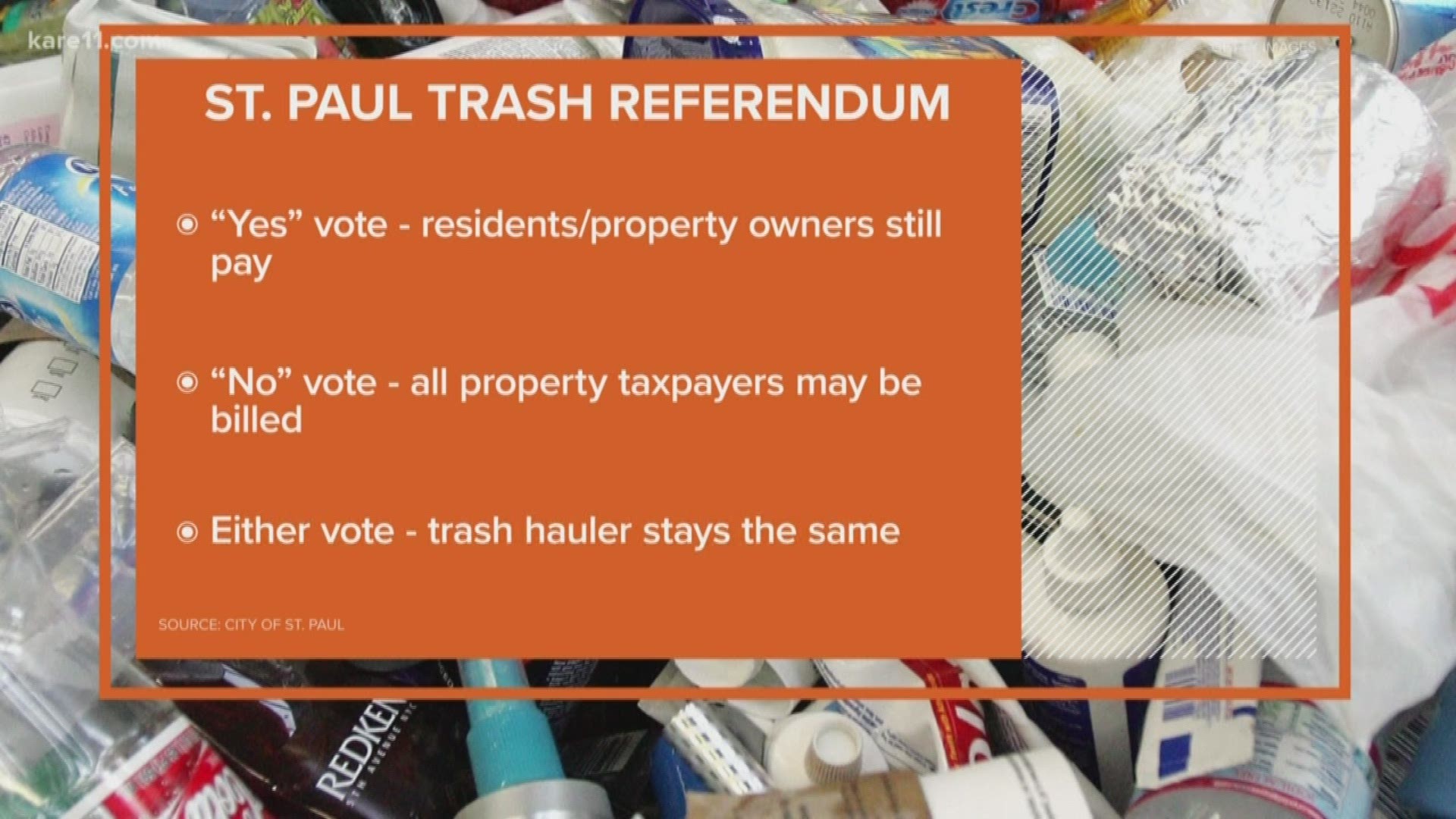