Atty. Gen. Keith Ellison says his office will vigorously defend the new emergency insulin program, which is being challenged in court by the pharmaceutical industry 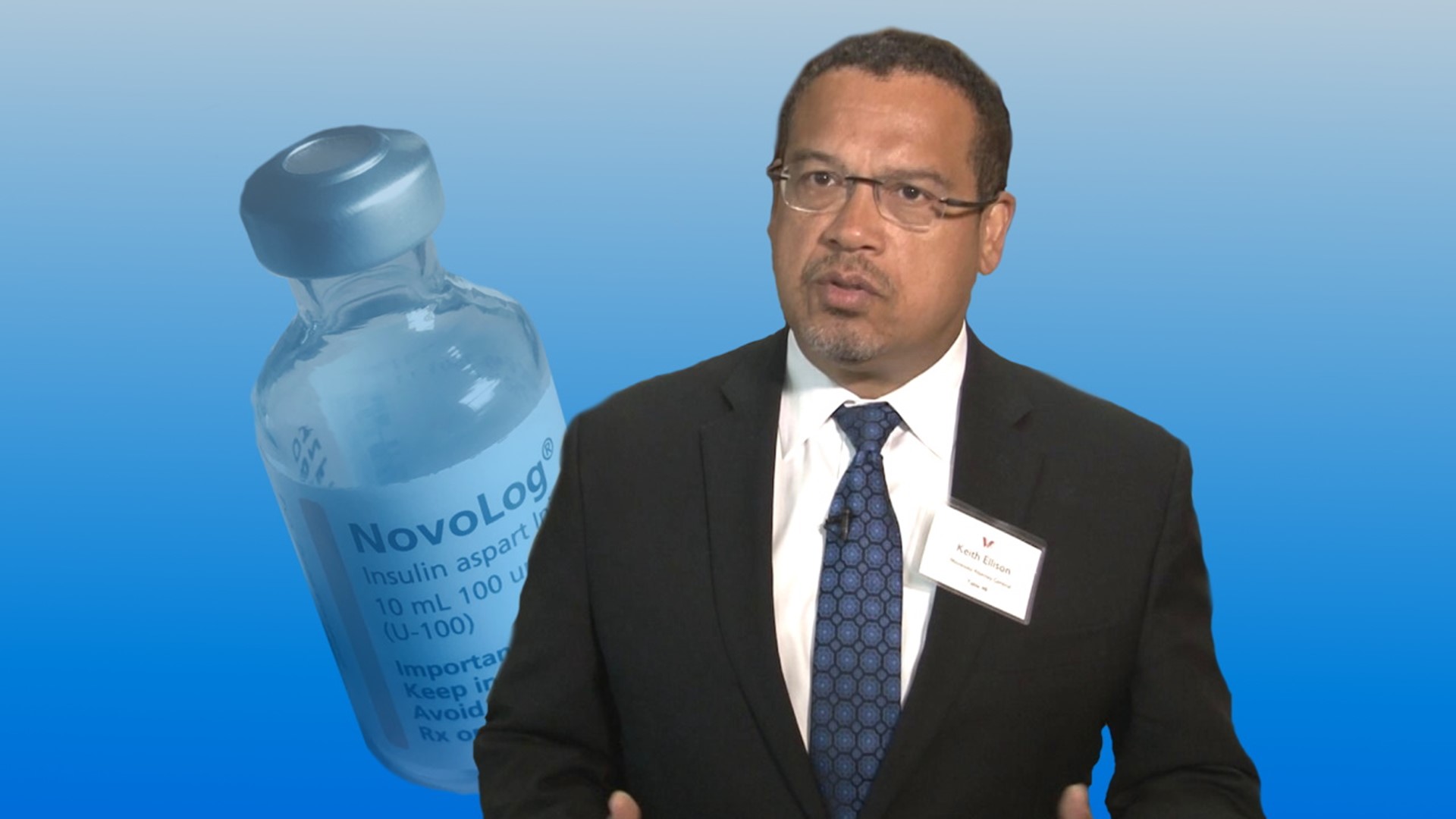 MINNEAPOLIS — Those seeking to topple Minnesota's new emergency insulin supply program should expect a fight in the court system, according to Attorney General Keith Ellison.

The Pharmaceutical Research and Manufacturers of America, or PhRMA for short, brought the lawsuit in US District Court in Minnesota June 30 a day before the law took effect.

The Alec Smith Insulin Affordability Act created a safety net program that enables patients get an emergency 30-day supply through their local pharmacy, and to sign up for a year's worth of 90-day refills. The law is named for Alec Smith of Richfield, a young diabetic man who died while trying to ration his insulin until his next paycheck.

"The law remains in effect for now and I'm confident that it will," Ellison remarked Monday. "If it doesn't, there's something really, really, really wrong!"

Ellison made his remarks during a Zoom roundtable discussion Monday hosted by U.S. Sen. Tina Smith, who has introduced a bill to that would create a national emergency insulin supply program modeled after Minnesota's.

Minnesota's divided legislature spent two years debating how to pay for the program. House Democrats favored a licensing fee on insulin manufacturers and wholesalers and Senate Republicans pressed for a system that relied on donations.

The final version used the GOP model, which requires drug companies to donate insulin supplies to the state's program. The PhRMA lawsuit says that forced donation violates the takings clause of the US Constitution.

"Because the Act takes private property for public use without paying just compensation, it is unconstitutional and should be enjoined."

During Smith's drug price roundtable, Dr. Steve Schondelmeyer, a professor of Pharmaceutical Economics at the University of Minnesota, said the industry should be asked to defend its profits.

"In ways I'm glad they challenged it because I would like to have our day in court to talk about what is 'just compensation' for insulin," Schondelmeyer said. "And the prices they're charging aren't just compensation."

He said prescription drug pricing doesn't follow the same patterns or most products in a competitive market. Schondelmeyer cited the extreme case of Acthar gel, a drug that can save the lives of infants born with certain rare diseases.

It rose from $40 per vial in 2001 and had soared to more than $40,000 by 2018 without major changes. He said consumers wouldn't accept that level of inflation for other types of products.

Sen. Smith cited a 2015 study by the non-partisan Government Accounting Office, or GAO, that found the top 25 drug makers averaged a 20% profit margin.

Ellison noted that research and development costs are often cited by the pharmaceutical industry, costs that are somewhat absorbed by customers in nations that don't have price controls on prescription drugs.

He said some researchers are more motivated by the quest to improve lives, noting that some discoveries -- including insulin -- are turned over to public institutions.

"This idea that you have to give these people a mountain of money or they won't do anything is not true," Ellison asserted.

The PhRMA lawsuit names individually all members of the Minnesota Board of Pharmacy and the board members of MNsure, the state's health exchange created to accommodate the coverage benefits available through the Affordable Care Act.

The next court date is Oct. 29, when a judge will hear arguments for an against throwing out the lawsuit without going to trial.