The $1.5 billion surplus gives Gov.-elect Tim Walz and the Legislature more room for new spending initiatives, tax cuts or some combination of both. 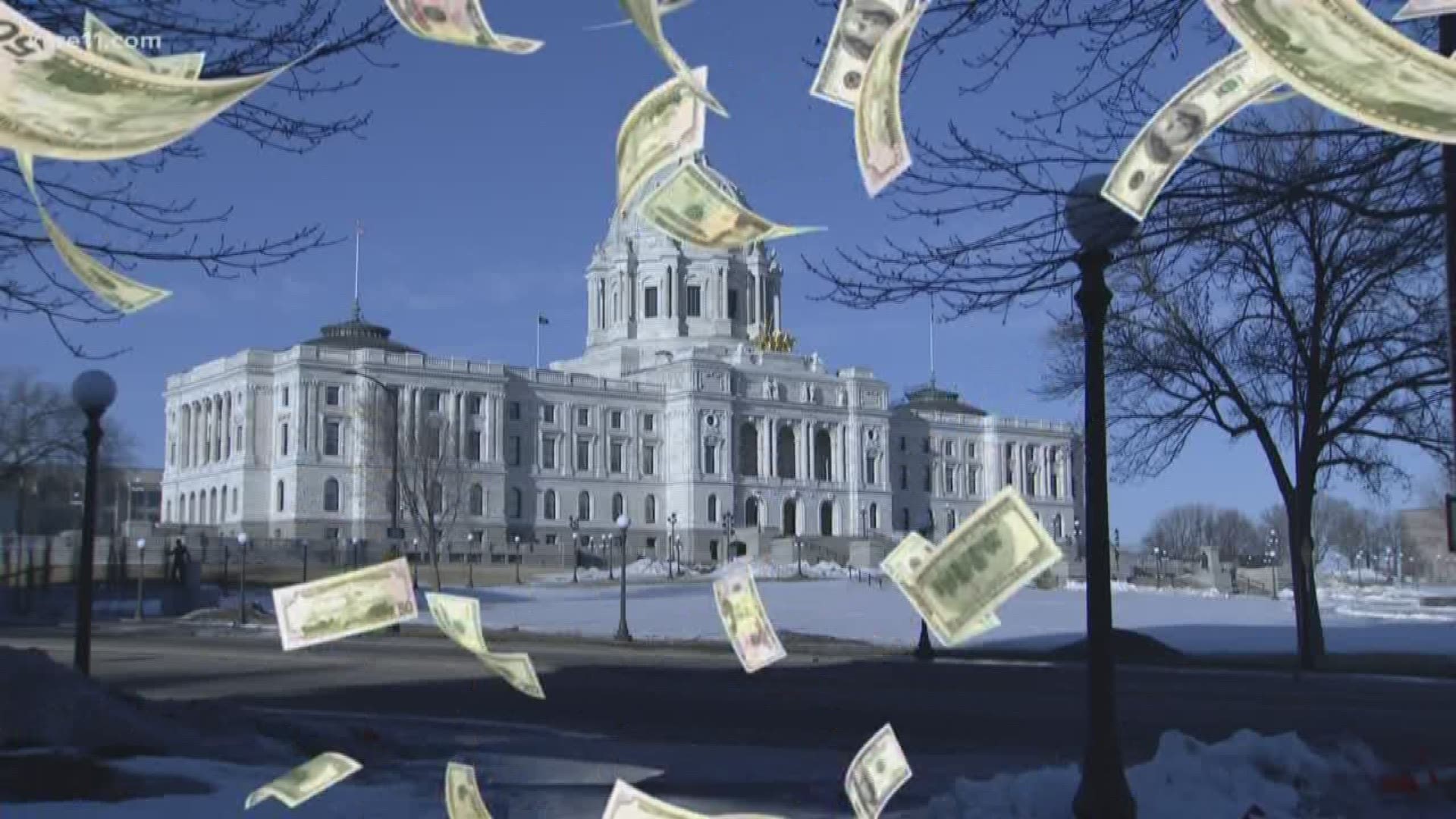 ST. PAUL, Minn. - Minnesota officials are forecasting that the state will have a $1.5 billion surplus for the two-year budget cycle that begins in July.

The forecast released Thursday by Minnesota Management and Budget sets the stage for the debate over taxes and spending in the 2019 legislative session. The surplus gives Gov.-elect Tim Walz and the Legislature more room for new spending initiatives, tax cuts or some combination of both.

Gov. Mark Dayton, making his first public appearance in months following surgery, gave credit to the people of Minnesota and their employers for the dramatic turnaround in the state's fiscal fortunes. He noted that when he took office in 2011 the state faced a projected $6 billion deficit, and still owed school districts for delayed state aid payments.

State forecasters project that Minnesota will have $720 million to roll over into the next budget, and predict an additional $824 million surplus for the 2020-2021 budget for a total of $1.54 billion. And it says the state's budget reserve now totals $2 billion.

Unlike the federal government, the state of Minnesota can't have an operating deficit. The two-year budget lawmakers pass in 2019 must be balanced before it goes into effect.