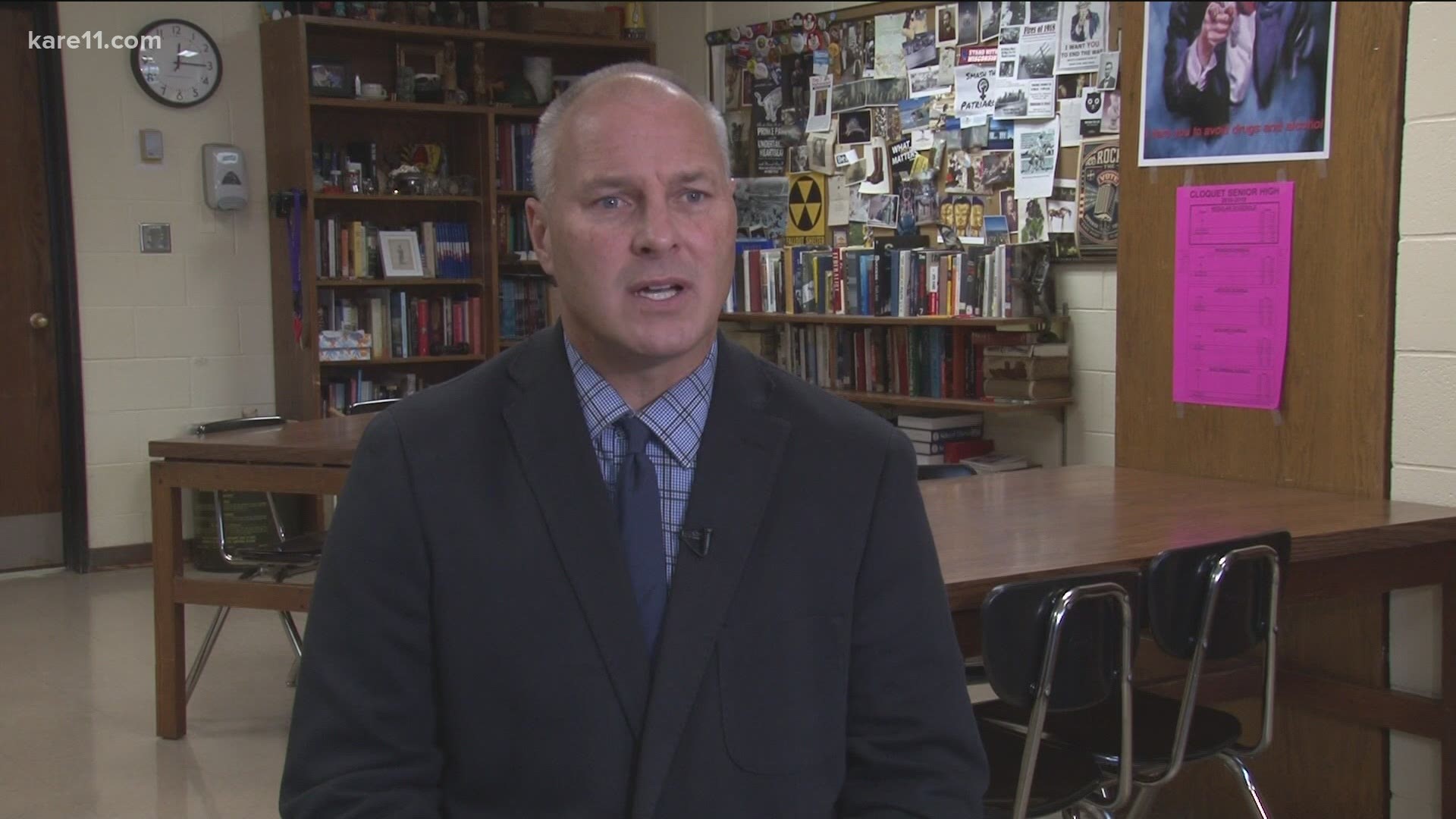 MINNEAPOLIS — A Minnesota congressman's decision to drum up opposition to one of President Joe Biden's cabinet nominees did not go unnoticed by Minnesota's Native American leaders.

That's because Rep. Pete Stauber of Duluth, the Republican who represents the 8th District in Congress, has taken aim at fellow Rep. Debra Haaland of New Mexico. She's President Biden's pick for Secretary of the Interior. If confirmed by the Senate she would be the first Indigenous person to hold a cabinet position.

The leaders of five Minnesota tribes wrote Stauber asking that he drop his opposition to the appointment of Haaland, a member of the People of Laguna Pueblo who in 2018 became one of the first two Native American women elected to Congress.

"Your opposition to the first and only American Indian ever nominated to a Cabinet position is likely to reverberate across Indian country."

"Something that's notable here is the open hostility toward the idea of a Native woman leading the Department of Interior especially at this moment in history," Rep. Jamie Becker-Finn, a Roseville Democrat who belongs to the Leech Lake Nation of Ojibwe, told KARE.

"To do this without even speaking to the tribal communities he's supposed to represent is just really troubling and disappointing."

As a member of the US House Stauber lacks the power to block a nomination, but he reached out to fellow members of Congress asking them to sign their names to a letter he plans to send to President Biden. According to Stauber's staff that letter hadn't been sent yet as of Friday.

His letter to colleagues called Haaland's nomination "a direct threat to working men and women and a rejection of responsible development of America's natural resources."

Stauber wasn't available for an interview Friday, but spokesperson Kelsey Mix said the congressman opposes Haaland because she has endorsed the Green New Deal concept.

"The letter we drafted is entirely about the anti-jobs and anti-mining record of the nominee, Rep. Deb Haaland," Mix told KARE.

"While the Congressman didn’t consult with the tribes when drafting the letter, he did not consult with industry either, as was implied. The nominee was also a cosponsor of legislation that would place a permanent moratorium on mining in Northeast Minnesota."

News of Haaland's appointment was greeted with great enthusiasm by Native American tribal communities across the country, because the Bureau of Indian Affairs and Bureau of Indian Education are part of the Department of the Interior.

"I think it's over 500 different tribal nations have made statements of support as well as many state government leaders as well," Rep. Becker-Finn explained.

"The Bureau of Indian affairs being headed by a Native person shouldn't be a revolutionary this is the first time we may be seeing it happen."

"The appointment of Deb Haaland as Secretary of the Interior is a powerful statement of the future the Biden-Harris Administration intends to forge, as well as their determination to confront long-running injustices toward Indigenous peoples," Flanagan said in a written statement to KARE.

"Deb’s qualified and visionary leadership is needed now more than ever to ensure that stewardship of our natural resources reflects the voices and values of all Americans."

Proposed copper-nickel mines in Stauber's northeastern Minnesota district have for years been a flash point between environmental activists and those who see the promise of a high paying jobs in a new economy based on precious metals extraction.

The planned Twin Metals mine near Ely in the BWCA watershed has drawn the greatest opposition from outdoors groups, but Stauber has asserted he believes it can be operated safely without contaminating the prized Boundary Waters area.