Voters shouldn't overlook the flip side of their ballots, because a Supreme Court seat is in the balance. Incumbent Justice Paul Thissen faces a perennial candidate. 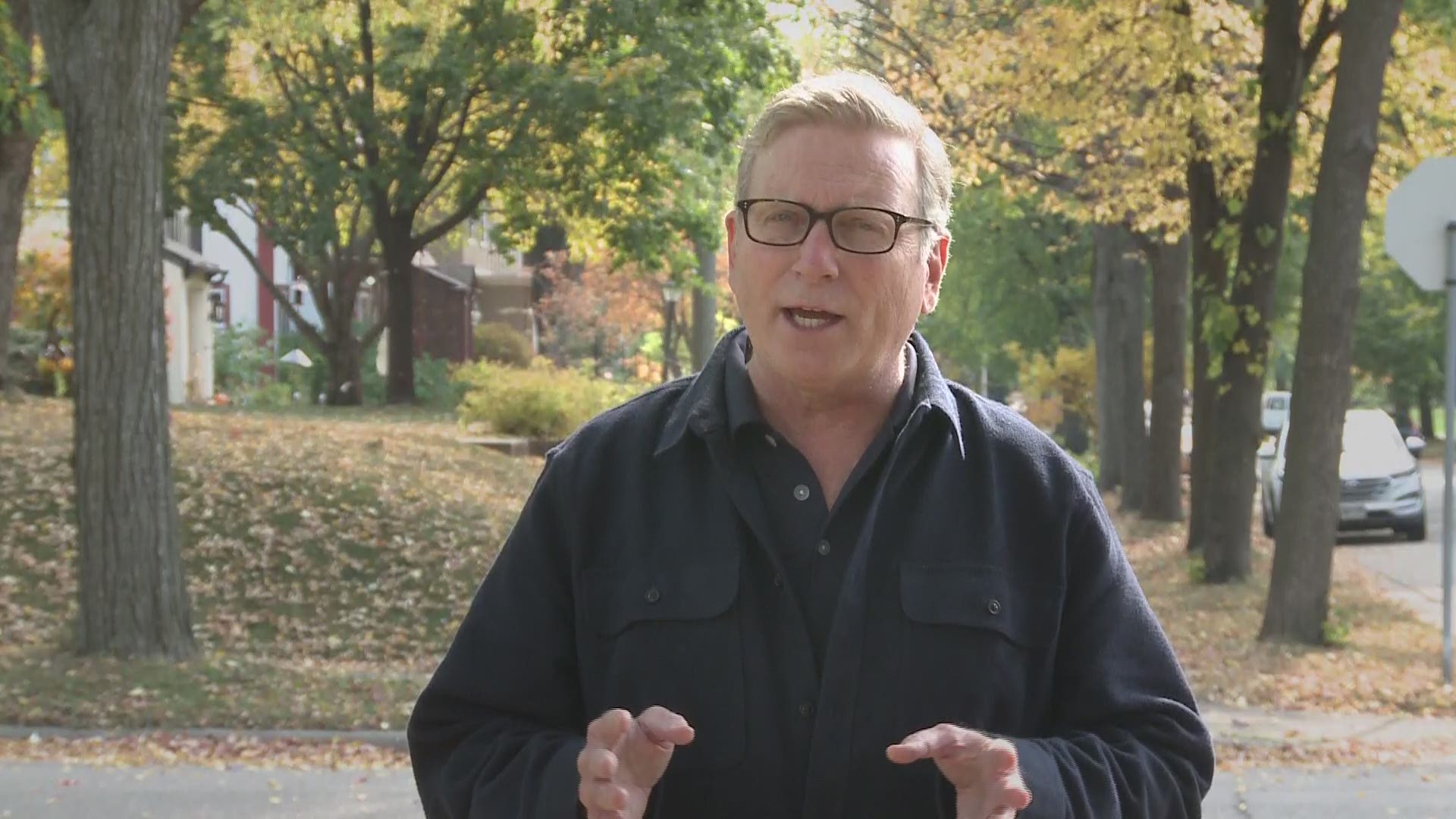 MINNEAPOLIS — Amid the drama of the presidential race and other high-profile contests in the 2020 election cycle it may be easy to overlook the fact a Minnesota Supreme Court seat is also in play this November.  But to take part you'll need to flip your ballot over and look at the side with the judicial elections on it.

Most of the names on that side of the ballot are local judges running unopposed, but in the upper left-hand corner you'll find that incumbent Supreme Court Associate Justice Paul Thissen is running to hold his seat. His opponent is attorney Michelle MacDonald who is making her fourth run for the state's High Court.

"In a way we've kind of seen this campaign as an opportunity to educate Minnesotans about the work the courts do, so they can make a more informed choice," Justice Thissen told KARE.

A career Minneapolis attorney, Thissen rose to prominence a state lawmaker, eventually serving as Speaker of the House. He ran for governor in 2010 but exited the primary field after delegates to the DFL convention nominated Rep. Margaret Anderson Kelliher.

Then-Gov. Mark Dayton appointed Thissen to the Minnesota Supreme Court in 2018. By state law newly appointed justices run for a six-year term in the first general election after they've served for one year.

"It's a position I take really seriously because of the effect it has on people's lives,"  Thissen explained.

"The state courts deal with some of the most fundamental things Minnesotans face, whether they'll be able to keep a roof over their heads, whether families will be able to stay together."

Yes, Virginia, Minnesota Supreme Court justices are required to stand for election after they're appointed. Don't forget to look at the other side of your ballot this election season. pic.twitter.com/DSiQ5euYYG

It's very rare for an incumbent justice to be unseated. The most recent example was in 1946 when incumbent Justice William C. Christianson lost in an election in which the ballot instructed voters to choose two out four names on the slate.

But that hasn't stopped Michelle MacDonald, a longtime family law attorney, from trying every opportunity she's had in the past decade including:

MacDonald told KARE she believes the courts have too much power over Minnesotans' lives.

"I’m going to end judicial repression. The courts are too involved with families, with our citizens. They go around making money by collecting money from other people when justice should be free. And it can be free."

MacDonald has been embroiled in a controversy from time to time. In 2018 the Minnesota Supreme Court suspended her law license for two months and placed her license on two years probation.

That came after the Lawyers Professional Responsibility Board filed a formal complaint against MacDonald, asserting she had acted unprofessionally during a court appearance, wasn't prepared to adequately represent her client and made false statements about a Dakota County district judge in a federal lawsuit she brought against him.

The discipline stemmed from a courtroom episode in 2013 when MacDonald appeared on behalf of Sandra Grazzini-Rucki, a woman later convicted of hiding her teenage daughters from their father for years as part of custody dispute. The case formed the basis of "The Girls are Gone," a novel by Michael Brodkorb and Allison Mann.

During the 2014 election cycle a court found MacDonald guilty of obstructing an officer during a traffic stop in 2013. In August of 2014 Republican Party's security company tried unsuccessfully to bar MacDonald from entering the party's State Fair building to drop off campaign literature.

Most of the justices in the modern era were appointed by a governor. The current high court lineup includes two Tim Pawlenty appointees, four Mark Dayton picks and one Tim Walz choice.

The one notable recent exception was Justice Alan Page. The former Vikings great ran in 1992 for an open seat and won, joining the court in 1993 without the need for a gubernatorial appointment.

"Elections don't always yield the best results, but out of that 1992 race we got a superb justice," former Associate Justice Paul Anderson told KARE.

"One of the absolute privileges of my service on the court was to serve with someone with the quality of Alan Page."

Anderson said Minnesota has a tradition of nonpartisan judicial elections, that are mostly polite affairs compared to supreme court races in other states. He said a certain percentage of people will vote against incumbent justices and judges just out of a contrarian streak.

Anderson noted in some cases someone with a familiar Minnesota-sounding surname such as "Peterson" will gain a lot of votes with people who don't follow Supreme Court cases.

"I always worried that someone with a name of 'Mary Cathryn O'Riley' would be someone who'd show up to run against me," Anderson said, with a laugh.

"If you're an incumbent justice you can't sit by idly. You've got to be as much as you can in the arena."

He noted it can be difficult to raise campaign funds for judicial race because potential donors think their money can make more difference someplace else on the ballot. 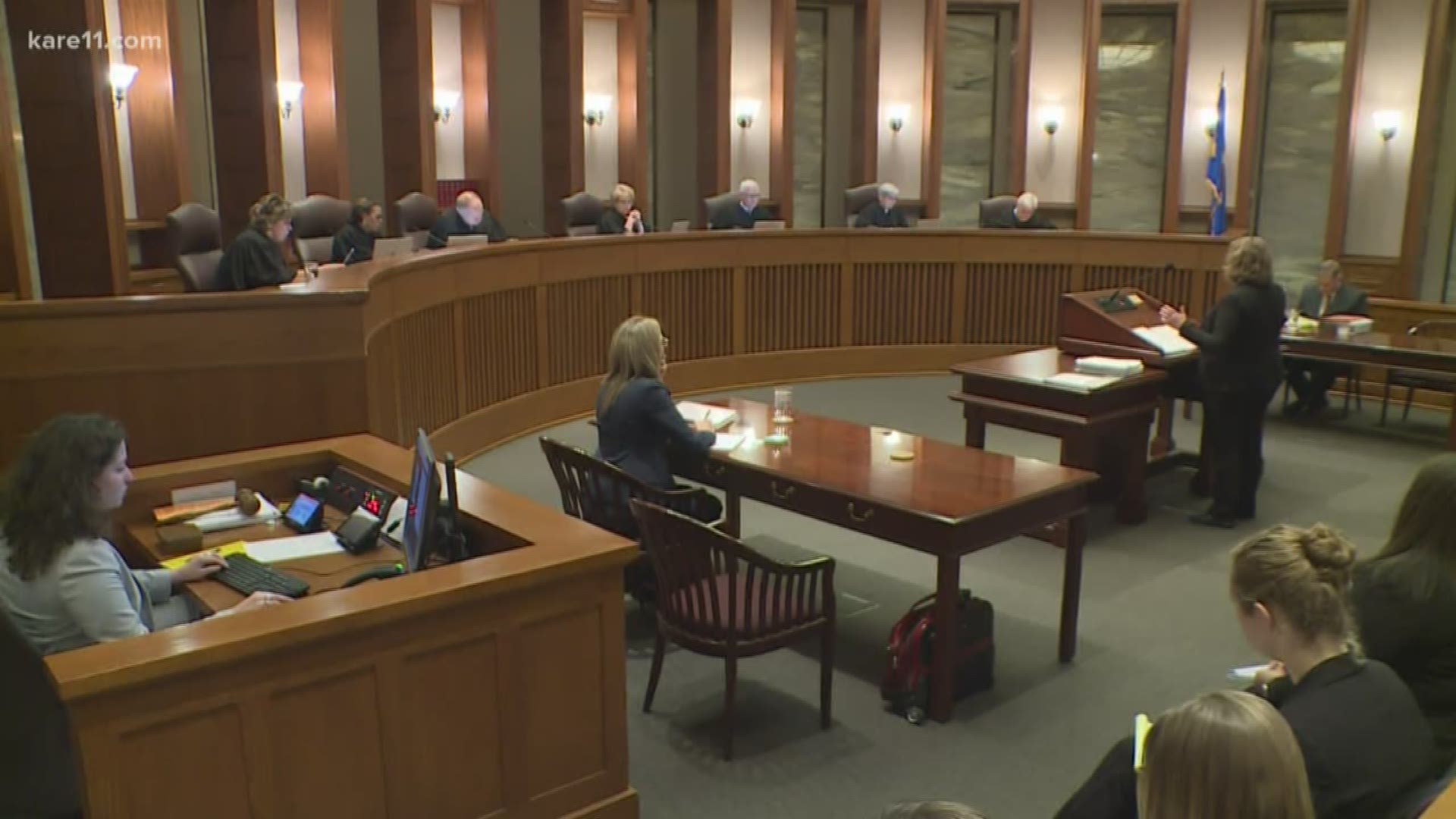