Lawmakers hear directly from three women who survived sexual assaults at the hands of fellow soldiers while serving in the Minnesota National Guard. 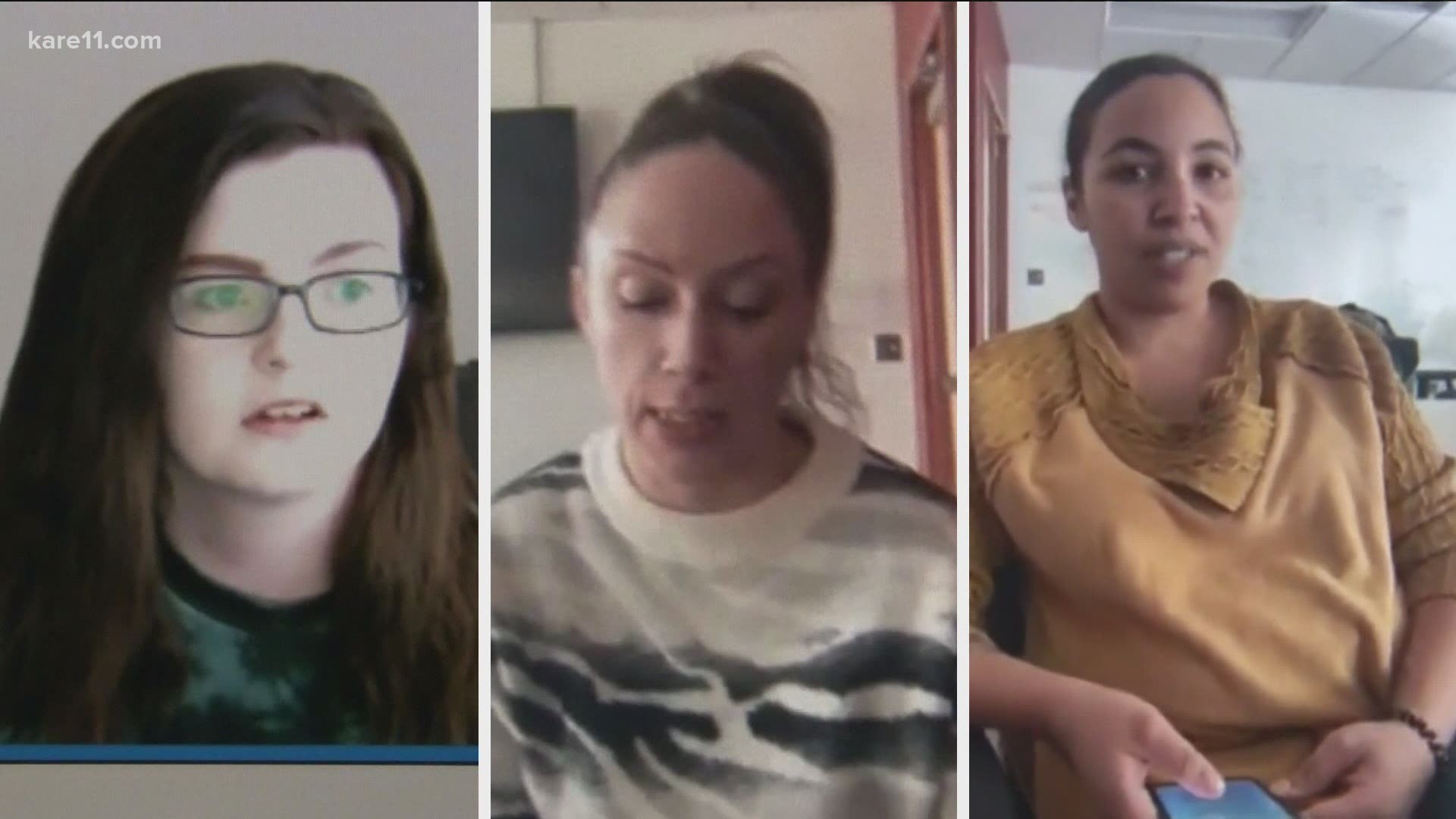 ST PAUL, Minn — They weren't taken seriously by local law enforcement, and yet military investigations took years and didn't bring the kind of justice they had sought.

That was a common theme of three women who spoke to Minnesota lawmakers Tuesday about their experiences as sexual assault victims while members of the Minnesota National Guard.

The survivors -- Sheyla Scholl, Bonnie Daniels and Sara Kostek -- all spoke in support of a bill that would put the Minnesota Bureau of Criminal Apprehension in charge of investigating sexual assaults by one guard member against another.

The Minnesota National Guard supports the bill, and in fact recommended such a change in a comprehensive report on the issue released in July of 2020.

The report said the military protocol for investigating such crimes isn't a good fit given the part-time nature of Guard service. In fact, the average military investigation into a rape allegation runs two years.

"It really represents so many of the survivors who have either brought their stories forward, or who are living with that pain every day and we want to make this system better for all of them."

The bill found bipartisan support in committee and will be folded into the larger omnibus public safety bill later this session. It has been dubbed "Sheyla's Law" in honor of Sheyla Scholl.

"Reporting this put a target on my back that I will have to live with forever, but that is the cross I will bear if it prevents others from carrying the same," Scholl told legislators.

She said she was assaulted by a fellow Guard member in 2016, and originally gave up on reporting it. Eventually, after hearing from a fellow victim, she decided to come forward, but the investigation dragged on for quite some time.

"By the time this investigation neared its end in mid-2019, I had delivered my first child. I don’t remember any of my children’s birth because I requested to be sedated to ensure I would not remember being touched by anybody."

Sheyla, Bonnie and Sara spoke to the House Public Safety Committee today about being sexually assaulted while members of the MN National Guard. They testified in support of Rep. @KellyForUs bill to put the BCA in charge of investigating cases like these pic.twitter.com/aiGAsTeGPc

Scholl was one of 112 Minnesota National Guard members who reported a sexual assault from a fellow member between 2014 and 2019. Only nine of those cases resulted in prosecution by local authorities.  The Guard referred 22 of them the US Army for what's known as a "complex investigation" and of those only nine allegations were substantiated.

"This was almost a two-year process," said Sara Kostek, who reported an attack in 2014 by her first sergeant, the senior enlisted member of her unit at the time.

She said the Army brought in a team of investigators from Washington, DC after local authorities in Morrison County declined to get involved.

"The investigation resulted in an honorable discharge of my first sergeant. Nothing was noted on his record and he continued to serve as a police officer in his hometown."

Bonnie Daniels said she was assaulted by her master sergeant on a drill weekend and was traumatized to the point of feeling suicidal by the incident.

"I blamed myself. I told myself things like it’s my fault I had a drink with him, I should've known better, nobody actually cares about me, nobody will believe me, people will think I’m overreacting," Daniels recalled.

She said the investigation took two years to be wrapped up, and for the offender to be discharged from the military.

John Thompson, the Minnesota National Guard's Sex Assault Response coordinate, said the change will bring faster justice to all of those involved.

" Anything that we can do to shorten the timeline would be a win not just for the victims and survivors, but it would also be a win for the organization," Thompson said.

"It would be a win for the offenders as well, whose lives are put on hold while the investigation takes place."

The committee chair, Rep. Carlos Mariani thanked all three women for the courage they showed stepping forward to testify in support of the bill. He assured each one that they are respected and should never blame themselves for what happened to them.