Thousands of voters are still lining up across the Twin Cities to cast a ballot before Election Day arrives. 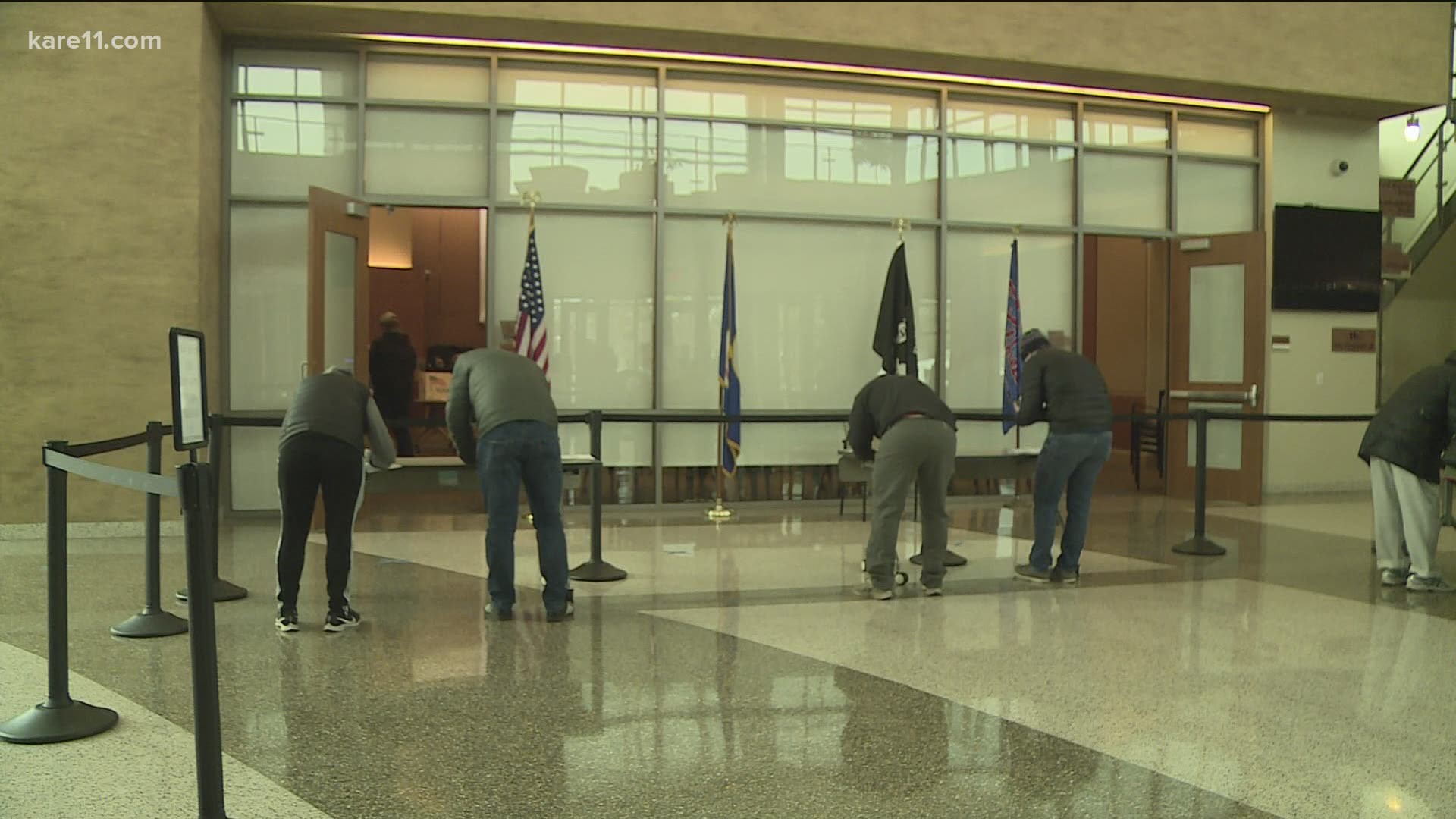 "This close to the election we recommend of dropping them off in person so that voters know that their ballots can be accepted on the spot, so they don’t have to go through the process of having their ballot rejected and a new ballot sent out to them," Heather Bestler, the county's deputy elections director, told KARE 11.

Bestler said the county is prepared for those who decide to vote in person too. All 2,500 election worker slots have been filled and 500 other potential workers are on standby. The county's 180 polling places have all been equipped with plastic shielding, social distancing floor decals and sanitizing supplies to clean voting areas between voters.

"We have enough masks to issue masks to any voter who doesn't have one, and we'll be giving each voter their own single-use pen to mark their ballots."

At Richfield City Hall, the driver's license bureau closed so they could accommodate more people looking to vote early and cut down on the lines of people standing outdoors.

In a ruling on Oct. 29, a federal appeals court cast doubt on whether absentee ballots received after Election Day would be counted. The Secretary of State now recommends voters return all ballots by Nov. 3.

The attorneys general of 13 states have joined that case on the side of Secretary of State Steve Simon, who was sued by GOP activist James Carlson and state Rep. Eric Lucero of Dayton.

In the meantime, other Republicans are asking the Minnesota Supreme Court to order that ballots received after 8 p.m. on Election Day be segregated and set aside, due to all of the pending litigation challenging the grace period.

Blast from the past

Wednesday, Minnesotans received a timely visit from the ghosts of elections past. Former Governors Jesse Ventura, Tim Pawlenty and Mark Dayton joined Gov. Tim Walz in an online video to present a unified, tri-partisan message urging voters to get off the sidelines this year.

I asked some friends to help me explain why Election Day might be a little different this year.

The four of us don't agree on everything. But we do agree on this: The 2020 election is too important to sit out.

The message reminded Minnesotans that this state normally leads the nation in turnout and is known for well-run elections.

The also reminded voters that the results might not all be in Tuesday night, but they shouldn't read anything into that. It's because of the influx of mail-in ballots this year.

All four began the video with masks on and put them back on as they exited the Governor's Reception Room at the State Capitol.

The Minnesota Supreme Court Wednesday upheld the existing law that limits the number of ballots that a voter can deliver on behalf of other voters to three ballots. In the same ruling, the court agreed with a lower court decision that said the state can't restrict the number of voters one person assists at the polls.

Many of the early voting locations and ballot drop-off locations across the Twin Cities will have Saturday hours. Some will also have Sunday hours to accommodate the waves of early voters.