U of M international security experts weigh in on Iran developments

“It would mean today, and in future months, that Iran would be much closer to having enough material to build nuclear weapons,” Prof. Mark Bell said. 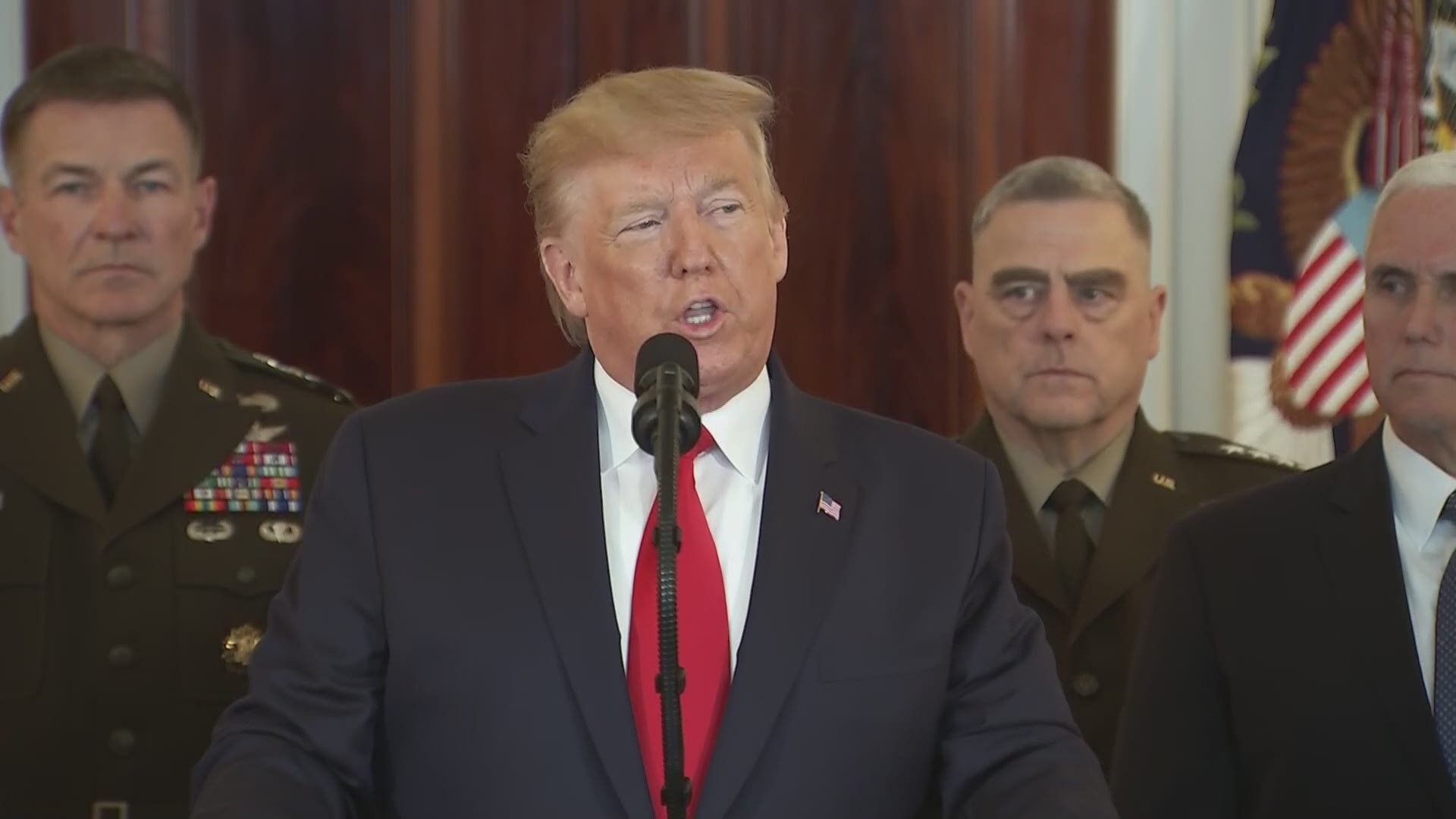 MINNEAPOLIS — Local security experts caution against an Iran “victory lap,” suggesting the country may continue to retaliate in other ways throughout the region.

Shortly after President Trump delivered a speech praising the developments in Iran – including the lack of any casualties following a Tuesday missile strike by Iran against Iraqi bases housing U.S. troops – KARE 11 sat down with two political science professors at the University of Minnesota. Both international security experts say they’re hesitant to believe Iran is “done.”

“Iran is a powerful country that has many cards that it can play in the region in ways that go against U.S. interest,” said Prof. Mark Bell, who added those cards include future actions through regional “proxies.”

“We’re talking about militias in Iran, various militia groups in Syria, Hezbollah. Iran has close connections with a range of proxy groups across the Middle East,” he said, noting that the groups could target either U.S. forces directly or American allies.

But Bell’s concerns don’t end there: he worries that the Iraqi Parliament has also voted to kick out U.S. troops from their country, that the U.S. is facing decreased cooperation in the fight against ISIS and – most concernedly for Bells, who’s a nuclear weapons expert – that Iran has already announced it’s ramping up its nuclear program.

“It would mean today, and in future months, that Iran would be much closer to having enough material to build nuclear weapons,” he said.

U of M Professor Ron Krebs agrees with the threat of proxy actors and the ongoing risk to the U.S..

Krebs further believes the Trump administration would be well served to allow Iran to save some face, by not claiming complete victory. And he also worries that unless and until both parties meet back at the negotiating table, Iran remains at risk of becoming a nuclear nation.

“In fact, Iran is closer today and more on the path to get a nuclear weapon than it ever was in the days of President Obama,” he said.

RELATED: What is the JCPOA Trump is talking about?