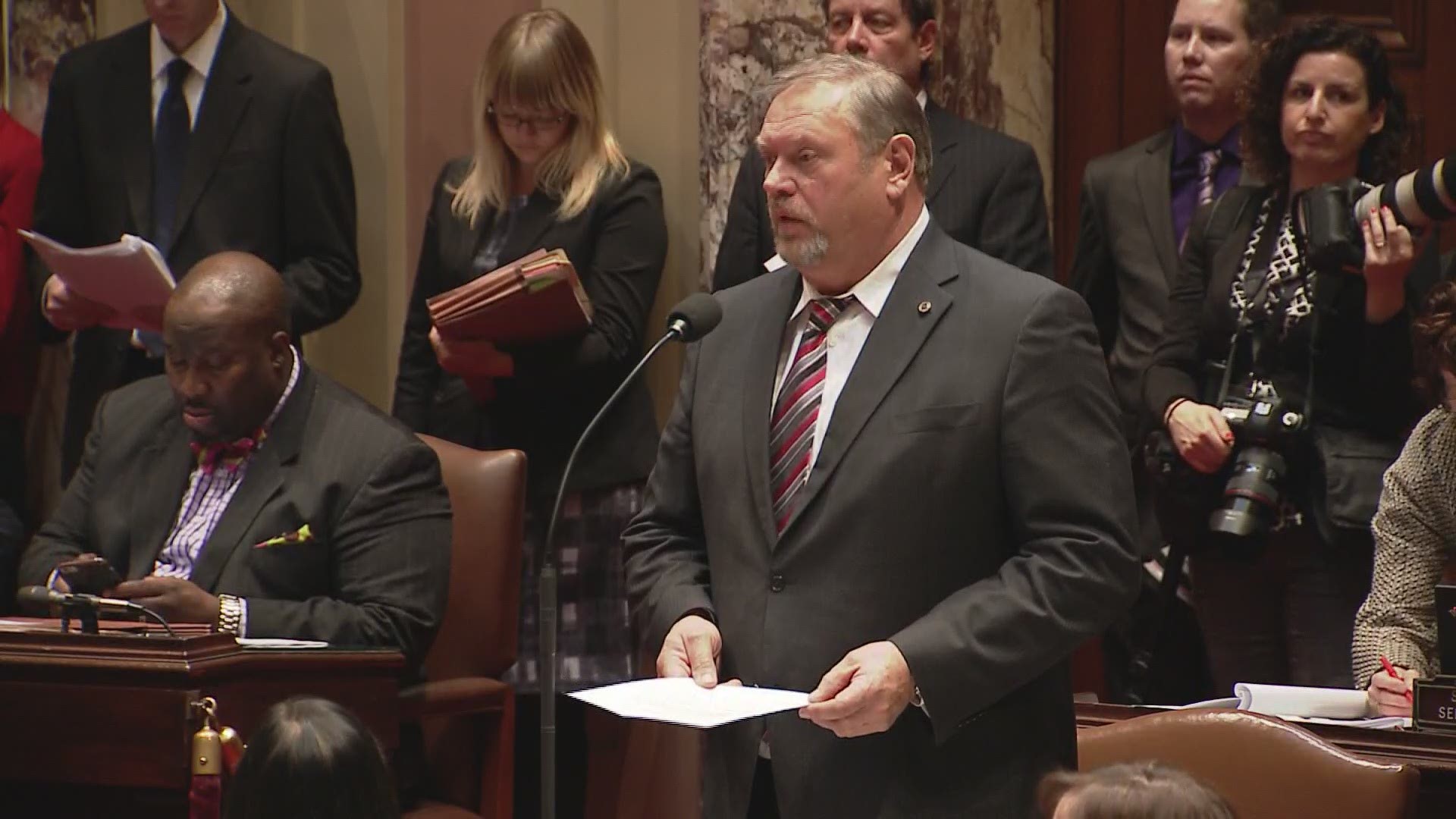 ST PAUL, Minn. — Two veteran lawmakers from northern Minnesota who have identified with the DFL for decades are forming an Independent caucus, citing rising partisanship and a desire to better serve their constituents.

State Senator Tom Baak (Cook) and Senator David Tomassoni (Chisholm) made the announcement Wednesday, saying the move will allow them to represent a more moderate viewpoint that reflects their districts.

“People are going to wonder why I’m doing this – and to be honest, there are several reasons. I’m very disappointed by the extreme partisanship going on nationally and right here in Minnesota,” said Bakk in a released statement. “Both political parties are to blame. The constant negative and sharp rhetoric is undermining voters’ confidence in our public institutions. It doesn’t have to stay this way.”

Last week Tomassoni was voted to serve as President of the Senate on a bipartisan vote of both Democrats and Republicans. It marked the first time in Minnesota history that a someone from a minority party was named for the post.

"If we expect to actually bridge the partisan divide, someone must take a proactive step to build such a bridge," Senator Tomassoni said. “People in the last election made it pretty clear that they wanted us to work together. For me that means a path forward to solving our economic and pandemic crisis in a bipartisan fashion."

Senate majority leader Paul Gazelka reacted positively to the move, which tilts the balance of power in the Senate even more towards the GOP.

"I’ve worked across the aisle with Senators Bakk and Tomassoni for 10 years," Gazelka said. "I welcome their announcement and the stronger alignment we will have as a result. We share the same vision of a prosperous Iron Range and will continue to work with them to fight for jobs on the Range."

There was no reaction from Democrats as of mid-morning Wednesday.

KARE 11 political reporter John Croman says following the 2020 election the Senate split was going to be 34 GOP, 33 DFL. After Baak and Tomassoni's announcement it will be 34 GOP and 31 DFL with, as Croman puts it, "two wild-card free agents who can vote any way they like."

Croman also says it's unclear whether Baak and Tomassoni will run for reelection in 2022 as third-party candidates, or as Republicans.