Minnesota's offenders currently wait until they're off probation to vote, which can keep them out of the polling place for many years. 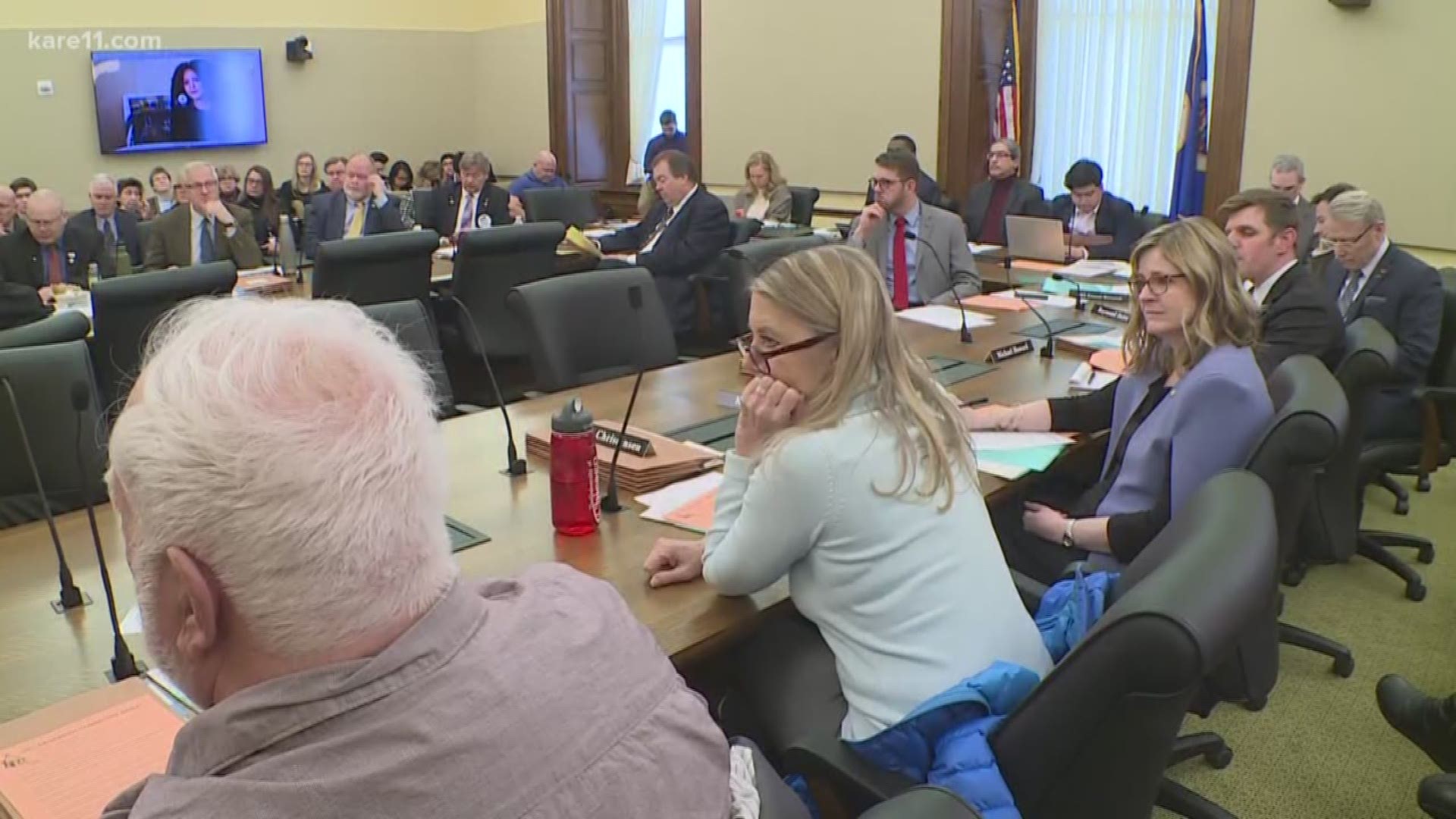 ST PAUL, Minn. — Momentum is growing for a bill that would restore voting rights to an estimated 53,000 Minnesotans who are on probation, known here as supervised release.

A bill authored by Rep. Raymond Dehn, would allow former felony offenders to vote as long as they're not incarcerated. Currently in Minnesota they're not allowed to vote until they're done with probation, which can last as long as 40 years.

Rep. Dehn's bill would follow the lead of 14 other states, including North Dakota, where offenders regain their right to vote immediately upon release from a jail or prison.

Wednesday marked the first time this "second chance" legislation ever received a formal hearing at the State Capitol. The House Public Safety Committee approved Dean's bill on a voice vote and referred it the Ways and Means Committee.

Dehn, a Minneapolis Democrat, is now an architect and legislator. But at the age of 19 he was sent to jail for a year on a burglary charge, which was later expunged. In the meantime, he spent many years on probation, unable to vote.

He argued it's crucial to helping offenders turn their lives around, because it makes them feel more involved in the communities where they live as they're trying to rebuild their lives.

Rob Stewart of Owatonna was among those who testified in favor of the bill, recalling the elections he missed because of a drug conviction.

"Even though I was living in the community, every single election included a reminder that I was an outsider. I wasn’t included as part of the community," said Stewart, who heads a nonprofit agency and is working on a doctorate degree at the U of M.

The committee also heard from Tierre Caldwell, who heads the Power of the People Leadership Institute, a Minneapolis agency that helps offenders reintegrate.

"If they think enough of me to let me re-enter society, pay taxes, go to school and be a productive member of society on all levels, except when it comes to my vote being cast, it’s hard to educate your children about voting," Caldwell, who is still on probation from an offense earlier in life, explained.

The "felon voters" issue had been off the radar for most Minnesotans until the epic recount in the 2008 Senate race between Norm Coleman and Al Franken. A citizens group that tracks voter fraud issue speculated that thousands of released felony offenders had voted while still on probation.

As a result, local prosecutors around the state eventually discovered several dozen cases of former offenders who registered to vote and/or voted in the 2008 election. Voting while on probation is a felony, but bringing charges required proof the offender knew he or she wasn't eligible yet.

Ramsey County Prosecutor John Choi testified in favor of the bill, saying it would remove all confusion about eligibility. Choi also said it's the right thing to do.

"After somebody has done everything we’ve asked them to do to be accountable, we should be doing what we can to support their reintegration into society."

The Second Chance Coalition, which includes a bipartisan group of lawmakers, prosecutors, police and justice advocates has pushed for this change for years. First Lady Gwen Walz was one of the featured speakers at this year's annual Second Chance rally.

Some Republicans oppose the idea, asserting that temporarily losing the right to vote and other civil rights is all part of the punishment for the crimes committed. They maintain punishment hasn't really ended until offenders finish their probation without violating the terms of their release.

Minnesota ranks very high nationally when it comes to the amount of probation people are sentenced to, which is one of the reasons the voting rule impacts tens of thousands of people.

At one point in the hearing. Rep. Matt Grossell asked if sex offenders, kidnappers and child pornographers be allowed to vote if the bill became law. Dehn explained those individuals already can vote, as soon as they're off probation.

"The only thing that would chance is they’d be allowed to vote while they’re still under supervision," Dehn said.

Rep. Grossell suggested restoring rights after three years on probation, but Dehn said that would still create confusion for the offenders and election officials about whether they're still eligible.