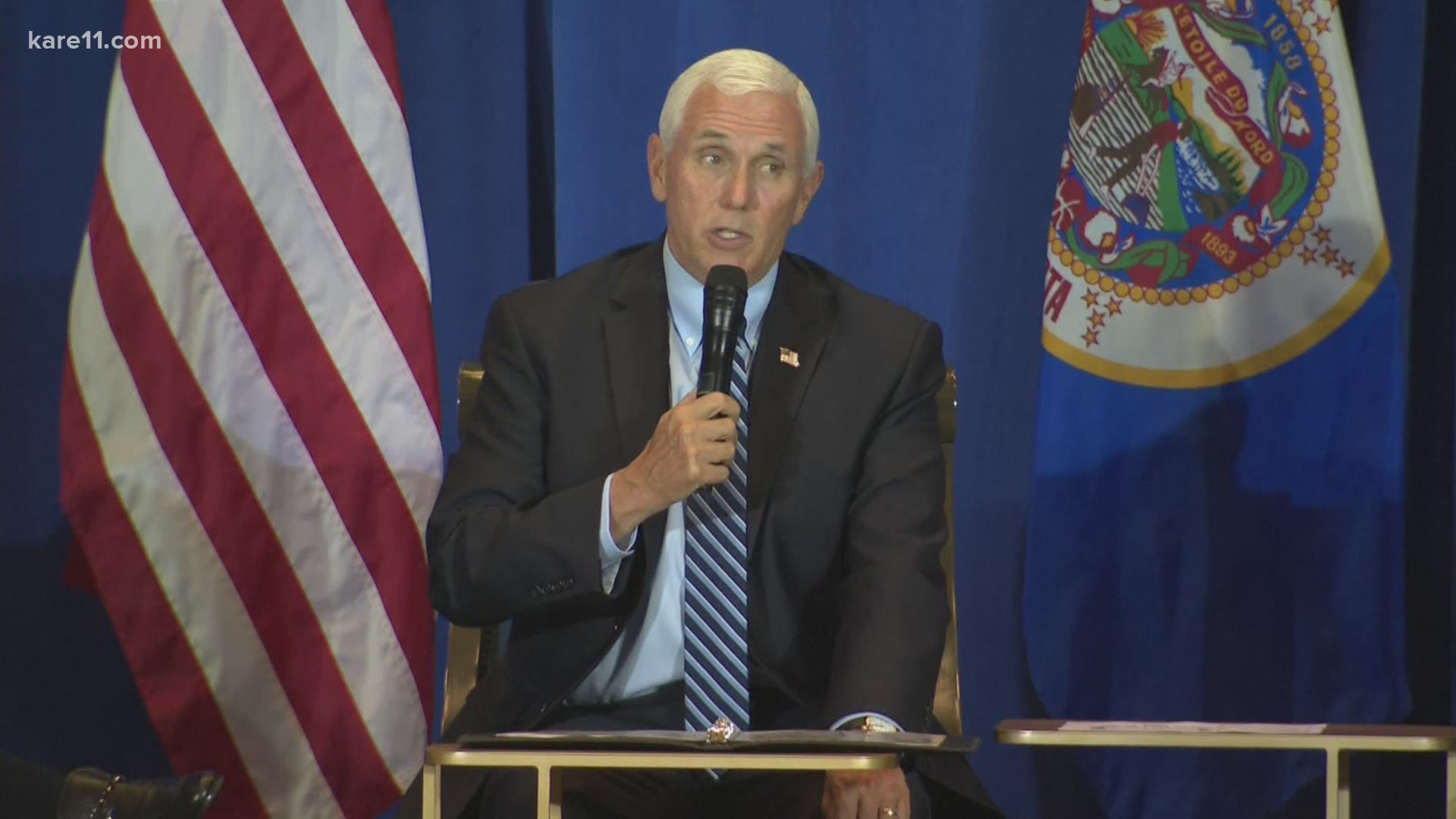 HIBBING, Minn. — Vice President Mike Pence will lead a rally on Minnesota's Iron Range Monday, as Republicans continue in their quest to capture key states in the Midwest.

The Trump campaign announced that Pence will touch down in Hibbing at 1 p.m. to deliver remarks at Range Regional Airport. The event, called the Make American Great Again! Victory Rally, is general admission, with doors opening at 11 a.m.

Campaign officials say everyone attending will be given a temperature check, access to sanitizer and a mask, which all will be instructed to wear.

On Saturday, the White House said Pence will continue to campaign this week despite being exposed to multiple staff aides who have tested positive for the coronavirus.

Monday morning the office of the Vice President said both Pence and his wife Karen tested negative for COVID-19 just hours before they take off for Minnesota.

Vice President Pence and Second Lady Karen Pence were tested again this morning and both are negative, according to his office. He heads for Minnesota in a few hours for a campaign event.