President Biden heard from Gov. Tim Walz and other governors on the importance of teamwork to stop wildfires and tackle the drought and extreme heat. 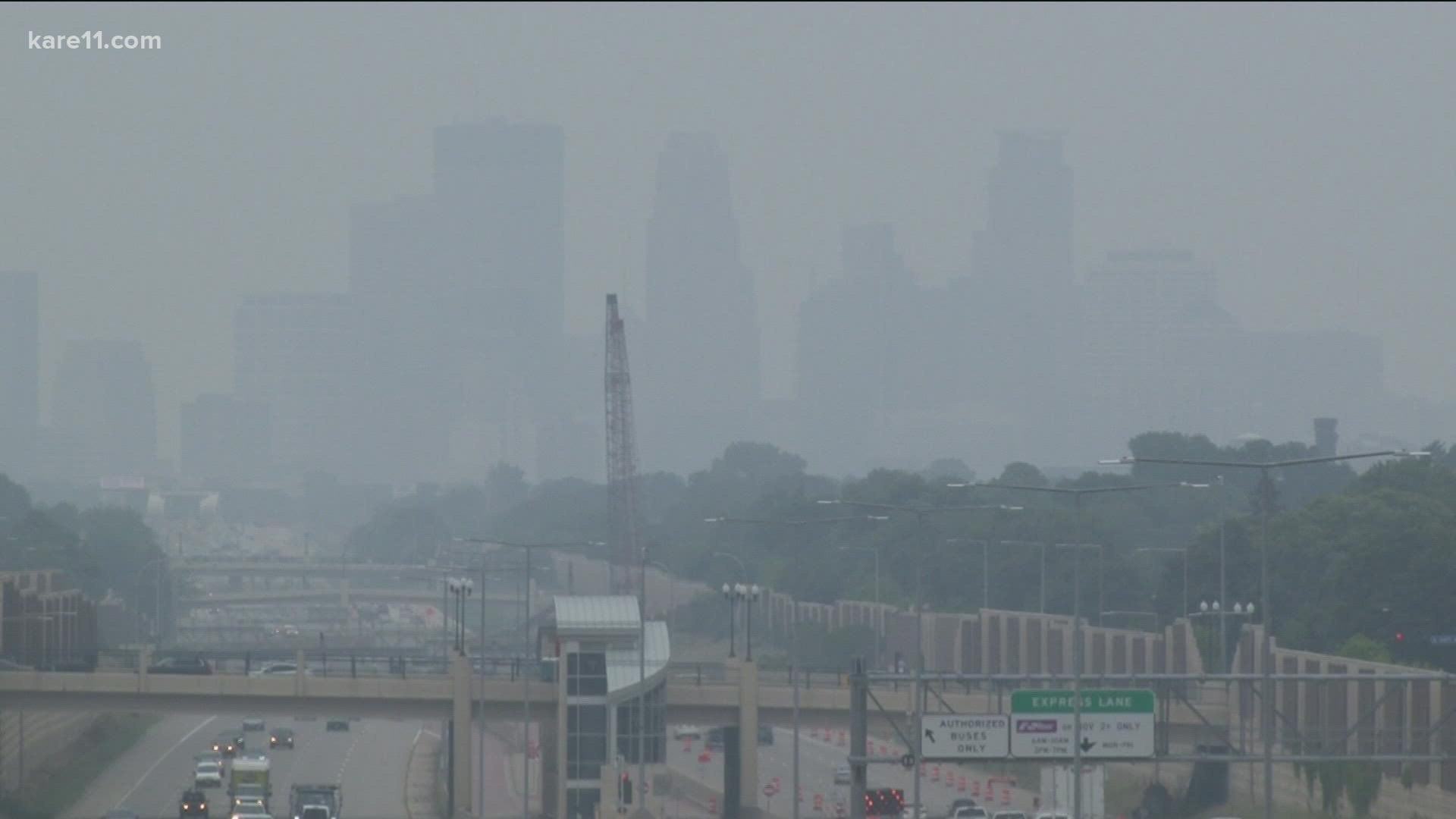 MINNEAPOLIS — It's been a summer marked by extreme heat, which is driving severe drought and hundreds of wildfires. The sobering reality is that most states haven't reached their peak season for dry, hot weather.

That's the reality confronting President Biden and the western state governors he gathered together Friday via video conference call from the White House.

"We're in a for a long fight yet this year and the only way we're going to meet those challenges is by working together. Wildfires are a problem for all of us and we have to stay closely coordinated in doing everything we can for our people," the president told the group.

"Our resources are already being stretched to keep up. We need more help, particularly when we also factor in additional nationwide challenges, the pandemic-related supply chain disruptions and our ongoing efforts to fight COVID."

Wildfires numbers are higher this summer in Minnesota, but most of them have been contained and are small compared to what's happening in forested states to the west. But Minnesota is currently in the grip of major air quality alerts, draped in a haze fed by drifting smoke from wildfires in Manitoba, Canada.

"Yesterday in Minnesota, we experienced some of the worst readings on air quality ever recorded," Walz told the Pres. Biden and Vice President Harris.

"In a state where it’s typically 30 below in the winter we value summer days. But our children couldn’t be outside."

Walz praised Canadian firefighters for doing all they can to protect the wilderness that straddles the border, encompassing Quetico Provincial Park and the Boundary Waters Canoe Area.

"Our Canadian neighbor are fighting wildfires, keeping them out of Minnesota, that threaten one of the last pristine places on the planet, the Boundary waters. And without them, and without international cooperation we would not get this done."

Several of the governors said better forest management would help in the long run when if comes to depriving fires of the fuel that lets them spread so quickly.

"I can take you take you 10 miles west of the State Capitol in Helena and show you a federal forest where 90 percent of the trees are standing dead," Montana's Gianforte told the president.

"When a fire starts in a forest like that, we put firefighters at risk. They're very hard to control."

He said firefighters are battling 19 large scale blazes currently, but his state has had 1,600 fires in 2021 alone.

Gov. Walz and other governors expressed support for the idea of creating a national organization similar to the Civilian Conservation Corps from the Great Depression, that could be put to work tackling forest management and other environmental challenges that have been exacerbated by climate change.

The governor said he'll also be leaning on the Dept. of Agriculture to show more flexibility to farmers who are dealing with severe drought in Minnesota and other midwestern states.

"We are one of the nation’s leading agricultural states. And 75 percent of my state is in severe drought conditions. We are going to see a massive impact in terms of production," Walz said.