As promised, the new DFL governor makes an ambitious request of the legislature. It's a bonding package that would touch every corner of the Minnesota, with emphasis on higher education, affordable housing and transportation. 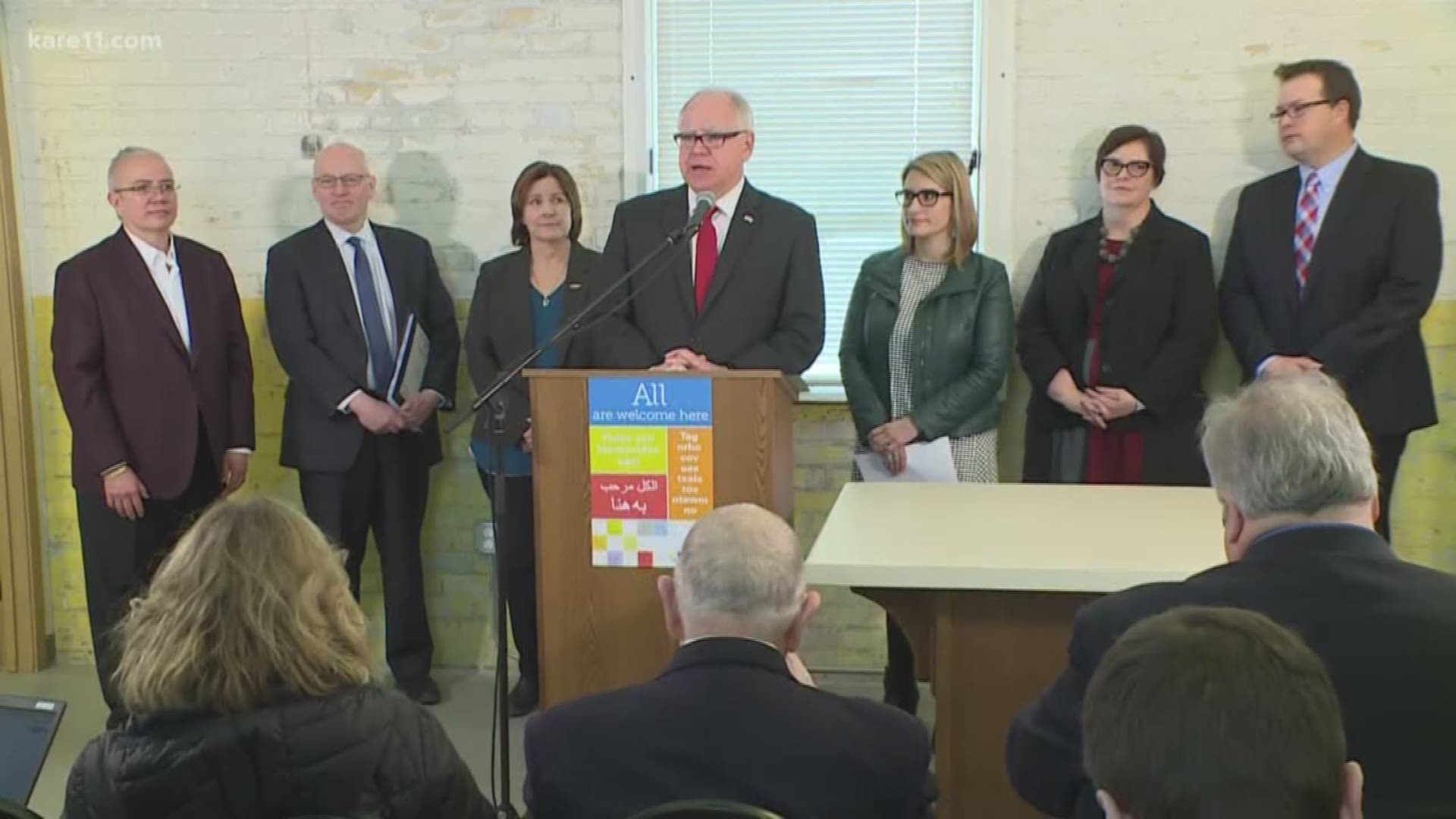 ST PAUL, Minn. — Gov. Tim Walz has made the first move in the annual tussle over public works construction spending, with a wish list that tops $1.2 billion worth of targeted projects across the state.

The package is known in Capitol parlance as the bonding request, because the work would be financed with state-guaranteed bonds that are repaid over decades to come.

The new DFL governor expects to run into resistance from Republicans over both the size of the package and whether it's even necessary to have a bonding bill.

The big-ticket items include $300 million for higher education, with most of that going to maintain, repair and renovate existing buildings in the University of Minnesota and MNSCU systems.

Walz also devotes $150 million of his bonding package to affordable housing. He held his announcement at Upper Post Veterans Community at Fort Snelling, a transitional housing complex for homeless veterans.

The project was built by Common Bond Communities with a mix of public and private funds that allowed the agency to convert historic army horse stables into housing for veterans. It's the type of project the governor sees as a model for ending homelessness among veterans.

For a complete breakdown of the Walz bonding plan click on this link.

Rep. Dean Urdahl, who chaired the bonding committee when Republicans were in control of the House, said he's always willing to talk about deserving bonding projects.

He cautioned, however, that it may be tough to collect the super majority of 81 votes required to pass a bonding bill this large.

House Majority Leader Ryan Winkler said he expects most of the issues will be settled during budget negotiations at the end of session. The interest payments on those bonds will be reflected in future budgets, but local and statewide projects often become bargaining chips in the final days of the session.