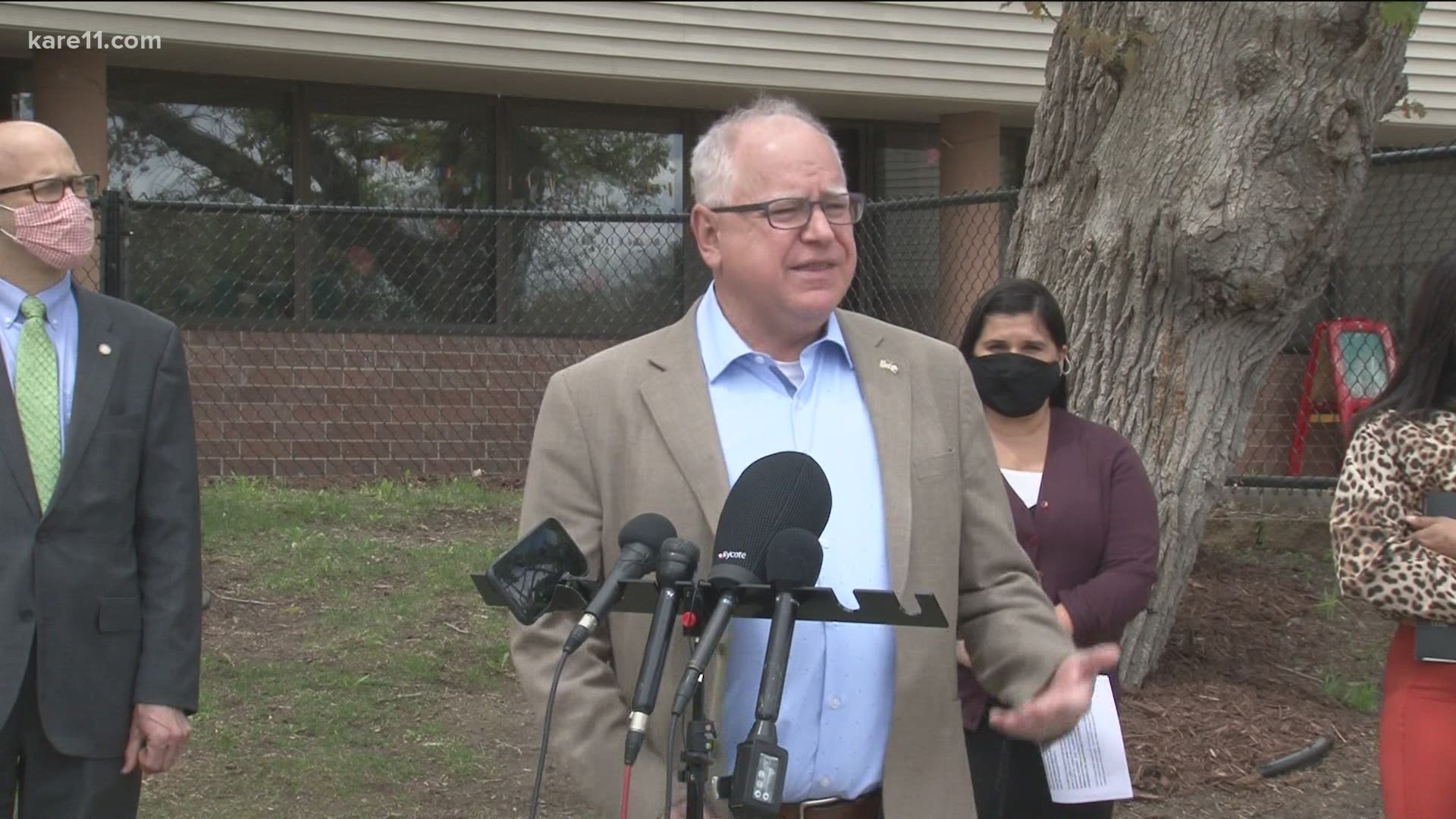 As the clock ticks down in the final week of the 2021 regular legislative session, Gov. Walz, lawmakers and early learning advocates gathered at the Wilder Child Development in St. Paul to make an appeal to the public and legislators.

"With this we make sure our littlest ones have the best opportunity, we make sure incredible centers like this are kept up and keep going, and we make sure we're providing that workforce behind the workforce," he said.

He noted that Minnesota ranks near the bottom when it comes to how much providers are reimbursed for services they provide as part of the state's subsidized child care assistance program, known as CCAP.

Walz is asking the legislature to authorize $47.5 million from the federal Child Care Development Fund and $12,000 from the Minnesota General Fund for the next two-year budget cycle. The state's small share would be for technology.

That would translate to fewer families getting aid and the waiting list for the CCAP program growing longer. Rep. Dave Pinto pointed out that one-fourth of all child care workers in the state are in need of food assistance because they can't earn enough doing this very essential work.

The Wilder Child Development Center has been a godsend for Shawnice Walls, a single mother of two pre-K aged children. Walls, who is working and going to college, said she only has to pay part of her child care costs.

"I can't imagine any other business where you'd be getting reimbursed for a third of what the true cost of your service is. How is that a sustainable model?"

It's all happening against the backdrop of budget negotiations in the final week of session. Gov. Walz, DFL House Speaker Melissa Hortman and GOP Senate Majority Leader Paul Gazelka have been holding private discussions in an effort to reach agreements on overall spending targets.

There's only one week left in the regular session, so it's highly likely Walz and legislators will have to go into overtime mode with a special session in order to pass a balance budget for FY 2022-2023.

Walz expressed hope Monday that budget talks can move a long at a faster pace now that the federal government has provided more clarity about how federal stimulus money can and cannot be spent here.

Shawnice Walls, a working mom who’s also a college student, talks to the media about how helpful MN’s Childcare Assistance Program has been to her family pic.twitter.com/ZRmhN9tnjv