Walz proposes banking most of surplus over coronavirus concerns

It was just two weeks ago that Minnesota Management and Budget had raised its surplus projection from $1.3 billion to $1.5 billion. 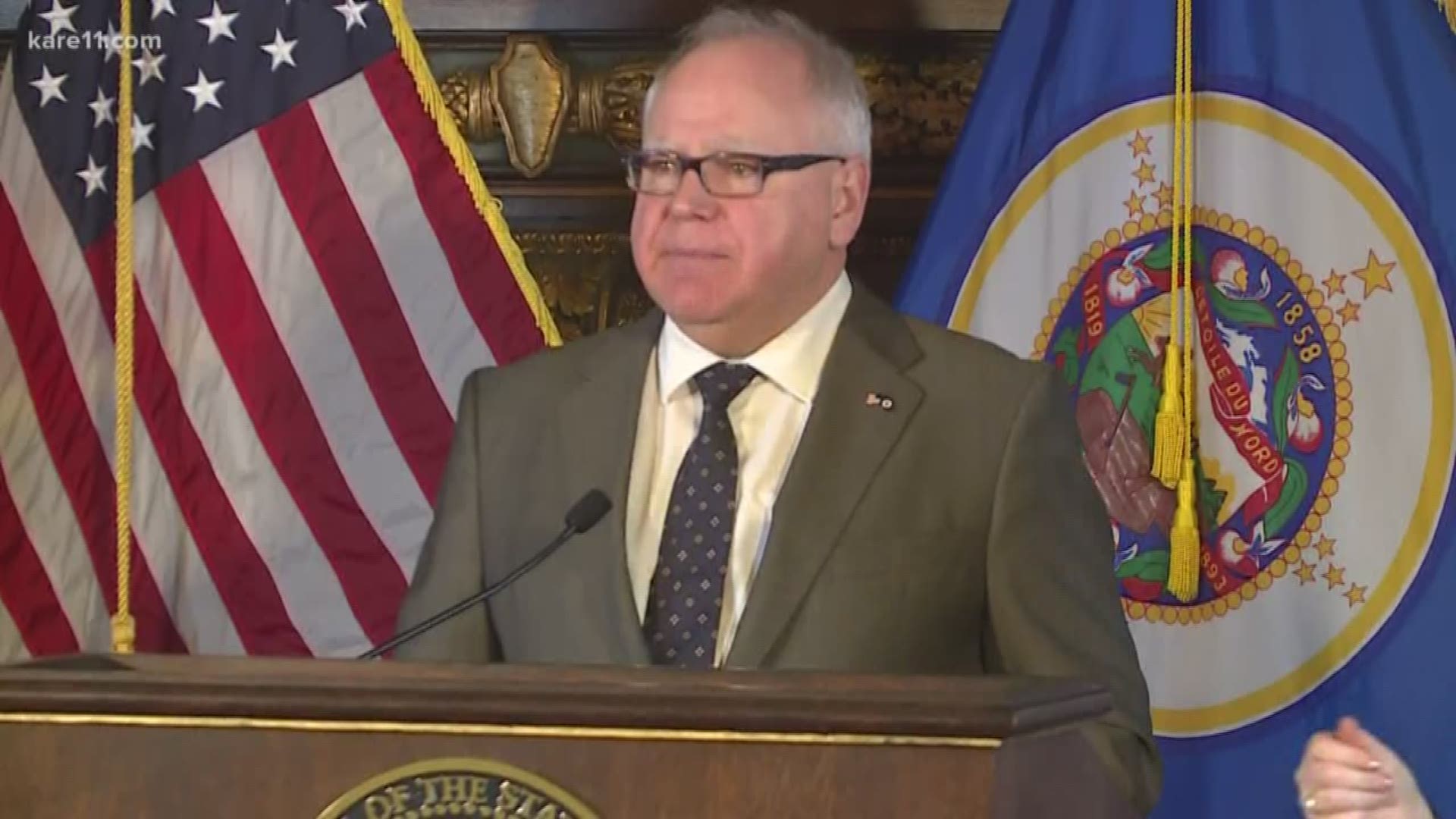 ST PAUL, Minn. — Gov. Tim Walz proposed Thursday to bank $1.2 billion of Minnesota's projected $1.5 billion budget surplus because of the uncertainties over how the new coronavirus will affect the economy.

Citing “a rapidly unfolding need,” Walz said at a news conference that his one-page proposal ensures that Minnesota will be in as strong a fiscal position as any state in the country while providing enough flexibility to respond to the pandemic. The “triage” work that went into the plan means “many worthy causes” are left unfunded, he said.

“There are priorities that are absolutely critical to me that aren't in here — things that I have spent my whole career trying to advocate for, but now is not the time to do that,” he said.

The Democratic governor's proposed supplemental budget would add only $256 million in new spending on programs to the $48 billion two-year budget that the Legislature approved last year. It includes his earlier proposal to pay back $491 million into the state's rainy day fund to maintain it at $2.4 billion through 2023, and $30 million to replenish a disaster response account ahead of spring flooding.

It was just two weeks ago that Minnesota Management and Budget had raised its surplus projection from $1.3 billion to $1.5 billion. But that was based on projections earlier last month by the department's outside economic consulting firm that the spread of COVID-19 would have only a small impact on the national economy. That firm last week revised its projection of national growth from 2.1% this year to 1.8%, Budget Commissioner Myron Frans said. His department's next economic update is due April 10.

For most people, the new coronavirus causes only mild or moderate symptoms, such as fever and cough. For some, especially older adults and people with existing health problems, it can cause more severe illness, including pneumonia. The vast majority of people recover.

RELATED: What to consider as the stock markets plunge again

The governor's proposal does not include the nearly $500 million that House Democrats have proposed spending on a one-time bump in spending on early childhood education and child care, nor does it include Senate Republican proposals for about $1 billion in tax cuts.

But leaders of the House Democratic majority welcomed his plan anyway.

“Governor Walz has put forward a reasonable and responsible proposal that makes needed investments while preserving our state’s fiscal stability and flexibility in a time of great uncertainty,” House Speaker Melissa Hortman said in a statement.