School boards would have complete control over when students return to classroom if bill were to pass House and be signed by Gov. Walz. 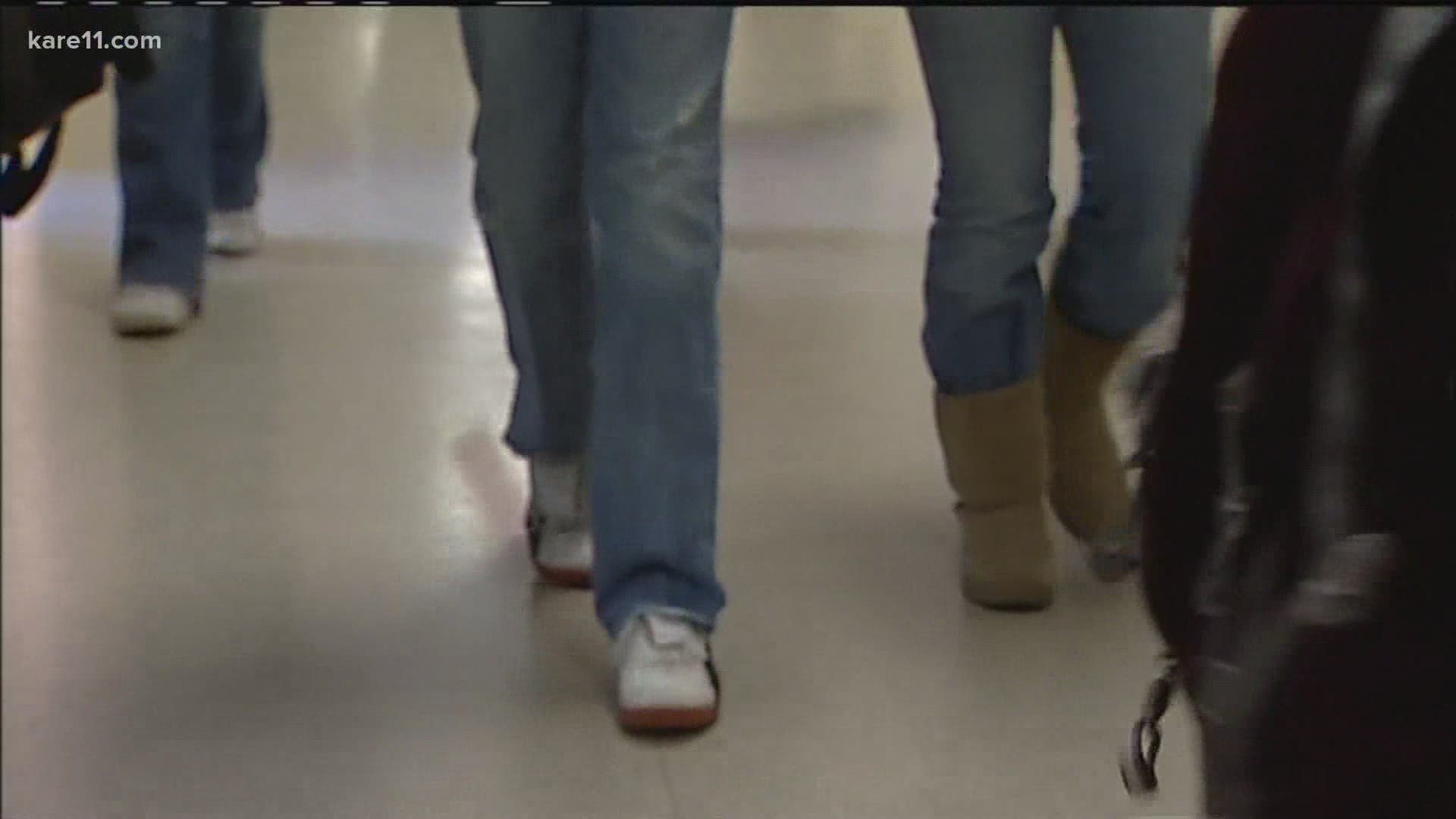 ST PAUL, Minn — The Minnesota Senate wants Gov. Tim Walz to keep his hands off how the state's schools respond to the coronavirus pandemic from now on, and leave those decisions entirely to local school boards.

The Senate voted Thursday afternoon to strip Walz of his peacetime emergency powers when it comes to public schools across the state. The Republican-led effort passed with a bi-partisan 40-to-27 tally after a three-hour debate.

He said the virus has mainly taken a toll on people over 75 and the state is in the process of getting those people vaccinated so they no longer need to worry about catching the virus from children who may be asymptomatic carriers.

"What about the parents of the kids? The student who throws his iPad across the room because he can't learn math from home? The parents trying to figure out how to make their kids successful and they're at home struggling?" Gazelka told colleagues.

Democratic leaders argued that Walz is already loosening up restrictions on districts, but shouldn't be stripped of his powers considering that the virus is still mutating and new variants and combination super mutant varieties are showing up now.

"This is about trying to score political points against the governor. And that is sad and unfortunate."

The move comes one day after Gov. Walz called on districts around the state to bring middle school and high school students back into the classroom at least for some part of the school week by March 8. Some large urban districts that have already allowed elementary students to return say it may be difficult to get older students back inside buildings again by March 8.

The measure would still have to pass the DFL-controlled Minnesota House and be signed by Walz himself to become law. House Republicans are encouraged by the bipartisan nature of the Senate vote and believe they can get enough House DFL members to cross the aisle.

House Republicans failed last week in an effort to force the issue to the floor without going through the normal committee process.

The lead author of the bill, Senator Carla Nelson of Rochester, said there's nothing in it that mandates schools reopen. She said all it does is ensure that school boards can decide how and when to reopen without expecting any interference from the Walz Administration.

During a three-hour debate Thursday Democrats complained that there's nothing in Nelson's bill that would aid schools in acquiring the equipment that teachers and students need in order to open their classrooms completely.

They also noted that local school boards don't have the same epidemiological expertise as the scientists at Minnesota Department of Health, which has closely advised Gov. Walz on his pandemic response.

Republicans countered that school districts will still accept advice from state and local health departments, and asserted that board members care just as much about the safety of children as the governor and his staff do.

RELATED: In Minnesota, students have mixed opinions about classroom learning

Through much of the pandemic schools were operating under an executive order that allowed local boards to decide when to return children to the classroom, depending on the number of confirmed COVID-19 cases in their attendance area.

The set of metrics laid out by the Minnesota Dept. of Health essentially allows districts to resume classroom learning if the infections fall to below 10 cases per 10,000 people inside their district.

Minnesota Senate votes to strip Gov. Walz's emergency powers over schools in pandemic, by a 40-27 vote. Local school boards, already given some flexibility by emergency orders, would have complete control over when students return to classroom. pic.twitter.com/O8RfHwQflh