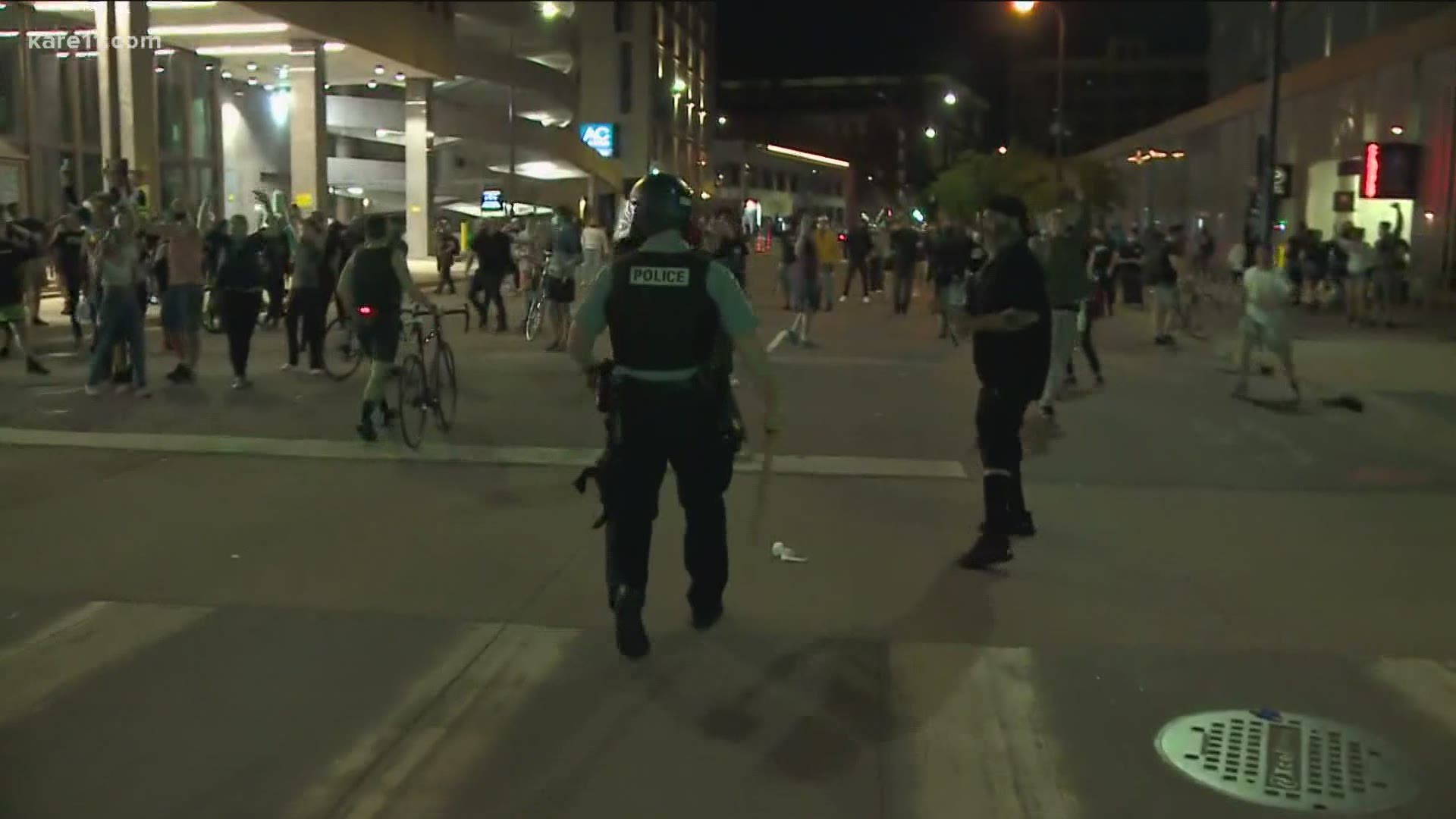 ST PAUL, Minn — With an eye toward the upcoming murder trial of former Minneapolis Police Officer Derek Chauvin, Governor Tim Walz is calling on lawmakers to set up a special fund to help local cities pay for the cost of responding to civil unrest and other major events that require a multi-agency response.

At the same time Gov. Walz and DPS Commissioner John Harrington brief the media Wednesday, Capitol Republicans were also pushing back against the plan because it could potentially ease the financial burdens of the City of Minneapolis.

Walz is calling it the SAFE, which stands for Secure Aid For Emergencies, a special $35 million account set aside to help cities pay for mutual aid. That's the system whereby cities can request public safety or firefighting assistance from other agencies.

"Our responsibility is to make sure of the public's safety, and the public safety personnel," Walz told reporters, noting that other police agencies would feel better about providing officers for courthouse security or to do crowd control if they knew their costs would be covered.

Typically, in mutual aid situations the host city is billed by the other municipalities for the costs they incurred assisting in a major emergency. If the legislature creates the SAFE fund, host cities could apply for money that they would in turn use to repay those cities, counties or state agencies that provided mutual aid.

The idea is that no city or county should have to bear the entire law enforcement costs of a major emergency, so the SAFE fund would shield taxpayers in those local communities.

"I understand there's a debate going on here that some people might think we're giving more money to the police," Walz explained.

Chauvin's pre-trial hearings drew huge numbers of protesters, and most observers expect the actual trial will attract worldwide attention. Walz said it's reasonable to assume, based on the Twin Cities riots of 2020, some of the activists that will pour into Minneapolis for the March 8 trial won't have peaceful intentions.

"My job is to strike that proper balance where we can hold two things in our mind, protecting people's freedom of speech while stopping crime from happening."

State Capitol Republicans have made it clear they don't want to use state tax dollars to deal with civil unrest here in Minneapolis.  They consider any aid to Minneapolis connected to rioting or unrest to be a form of "bailing out" that city's leadership.

DPS Commissioner John Harrington tells reporters he has spent his day in meetings about the Chauvin trial -- with the FBI, Homeland Security, Black church leaders, and police chiefs of other communities that may be called to assist with security. pic.twitter.com/qXWzTmAdqz

"We are not going to bail out Minneapolis city council after they have made cuts to the public safety budget," Sen. Gazelka said in a statement issued to the media Wednesday afternoon.

"Actions to defund the police have consequences."

Gazelka plans to announce his own law enforcement mutual aid reimbursement plan Thursday morning at the Capitol. He said his version won't use General Fund tax money, so the cost of quelling civil unrest won't compete with the same pool of money used for schools and human services.

Centerville Mayor D. Love calls Gov. Walz's proposed SAFE Act, to pay for mutual aid on major law enforcement events, is a great insurance policy for cities across the state that would otherwise have to lean on their own resources and local taxpayers.. pic.twitter.com/d6ztPHscpW

Public Safety Commissioner John Harrington said he's been in talks with the FBI, Dept. of Homeland Security and local police chiefs from across the state to determine how other agencies can best assist the City of Minneapolis in security around the Chauvin trial.

"Dozens and dozens of agencies from throughout the state are going to come together, to not just have a first-class response but to prevent crime."

Walz and Harrington had previously announced they believe the Minnesota State Patrol, Minn. Department of Natural Resources and the Minnesota National Guard would all assist in the mission to varying degrees.