It's part of a concerted effort by the Walz administration to address racial disparities in income, employment and home ownership in Minnesota. 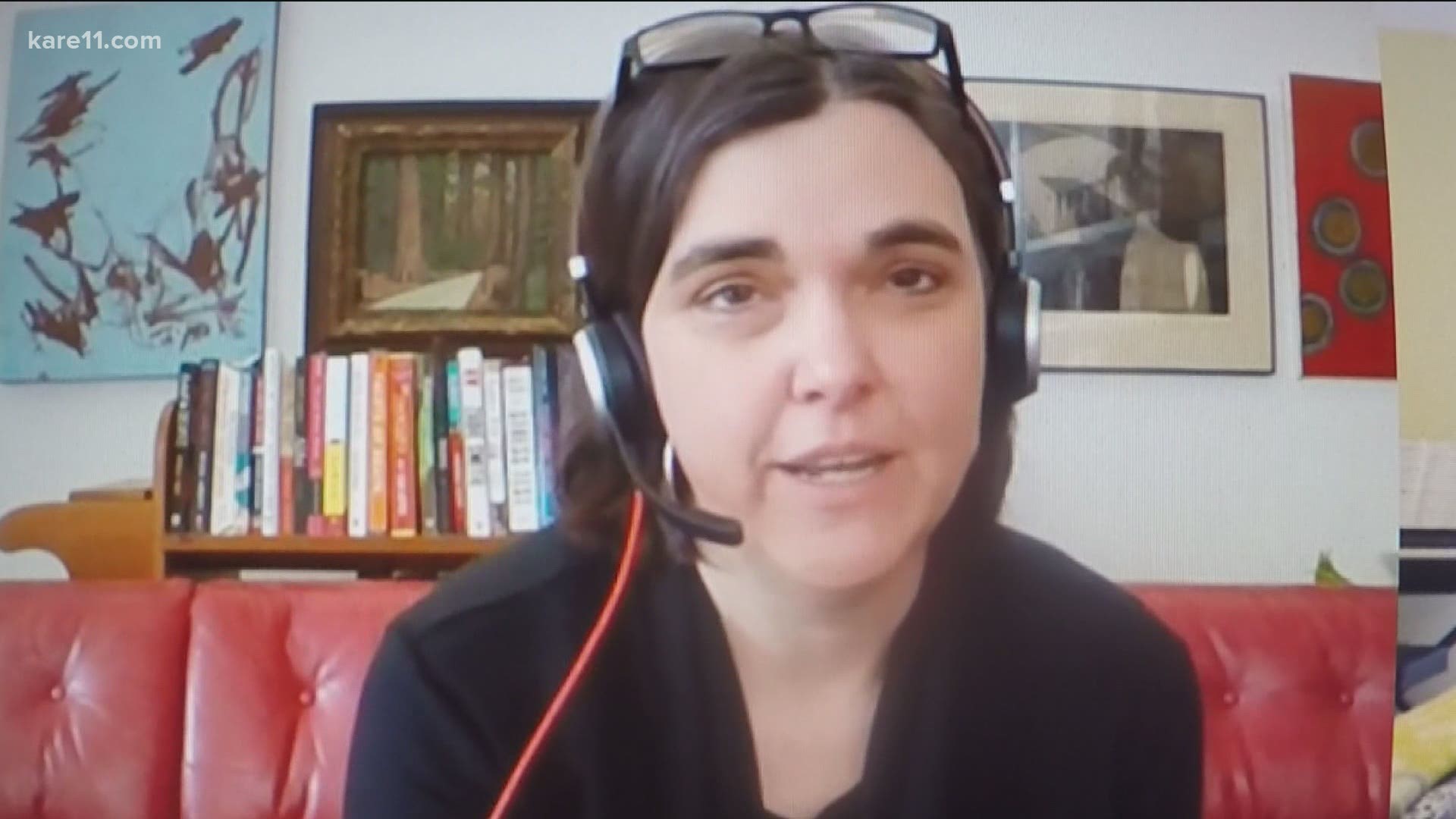 The COVID-19 pandemic, combined with the destruction of last year's riots, only exacerbated those gaps. That's why the Walz administration said it's making a concerted effort to narrow those differences with a series of initiatives branded as "Rebuilding a More Equitable Minnesota."

"We've been able to demonstrate when you give dollars to smaller, BIPOC-led organizations they get results because they are grounded in community," Lt. Gov. Peggy Flanagan remarked Monday during a roundtable sponsored by the Dept. of Employment and Economic Development.

The online meeting brought together members of the Walz cabinet and leaders of major foundations and community organizations to talk about creating a more even playing field when it comes to grants to community groups, including grants issued by DEED and other state agencies.

"It gets back to trusting communities to know how to spend these dollars," Lt. Gov. Flanagan said.

The well-documented disparities are the result of the intersection of many different factors. A DEED report on disparities from 2018 found the unemployment rate among Black Minnesotans was twice that of their white non-Hispanic counterparts.

The Minnesota Housing Finance Agency in 2016 found that the home ownership rate for families of color was 41%, compared to 76% for white families. That was long before the COVID-19 pandemic struck, which disproportionately affected the livelihoods of BIPOC families.

"It’s a heartbreaking fact that more than 50 percent of Black and Indigenous workers lost employment at some point during the pandemic," Flanagan told fellow panelists.

"The disproportionate and devastating impact on BIPOC communities makes it even more essential that we have systems and processes in place that are efficient, equitable and transparent," she said.

The destruction of commercial corridors wrought by rioting in the aftermath of George Floyd's death also shuttered many BIPOC and immigrant-owned businesses, again displacing many workers. Minnesota's divided legislature has yet to agree on an aid package for those businesses' uninsured losses.

Marcus Pope, the vice president of the nonprofit Youthprise, said it's important to get youth involved in the process of seeking grants and helping run community organizations.

"When you look at our demographics and age cohorts, as you go younger and younger, you'll see a more diverse population of young people," Pope said.

"So that's why we're such fierce advocates of young people being involved and engaged in the process."

Youthprise is considered a philanthropic intermediary organization because it both receives grants and distributes grants as part of its services to BIPOC youth.

The panelists conceded that government grants by necessity come with a lot of paperwork and auditing requirements, which can be a barrier for smaller community organizations. They said that's something that government agencies and large foundations need to take into consideration as they attempt to even the playing fields when it comes to access to grant money.

Bush Foundation President Jennifer Ford Reedy said she's hopeful that real change will come about, in part because of the resiliency and creativity nonprofits have shown throughout the pandemic.

Tonya Allen, the McKnight Foundation President, said public-private partnerships hold much promise, but much attention needs to be paid to making the grant application process user-friendly. She also said it's important to be able to measure the impact of those grants.

"Really making it clear the impact of where the resources are going, being able to sort it by demographics, geography and need are really important," Allen said.

On his second day in office, Gov. Walz established the One Minnesota Council on Inclusion and Equity.  The Department of Administration, which oversees purchases made by the State of Minnesota, also has an Office of Equity in Procurement which looks to reinforce equity goals in state government contracts and construction projects.