What to know ahead of MN's presidential primary

Minnesota is one of 14 states holding primaries (plus the American Samoa caucuses) that will award 1344 pledged delegates—33.8% of the nationwide total. 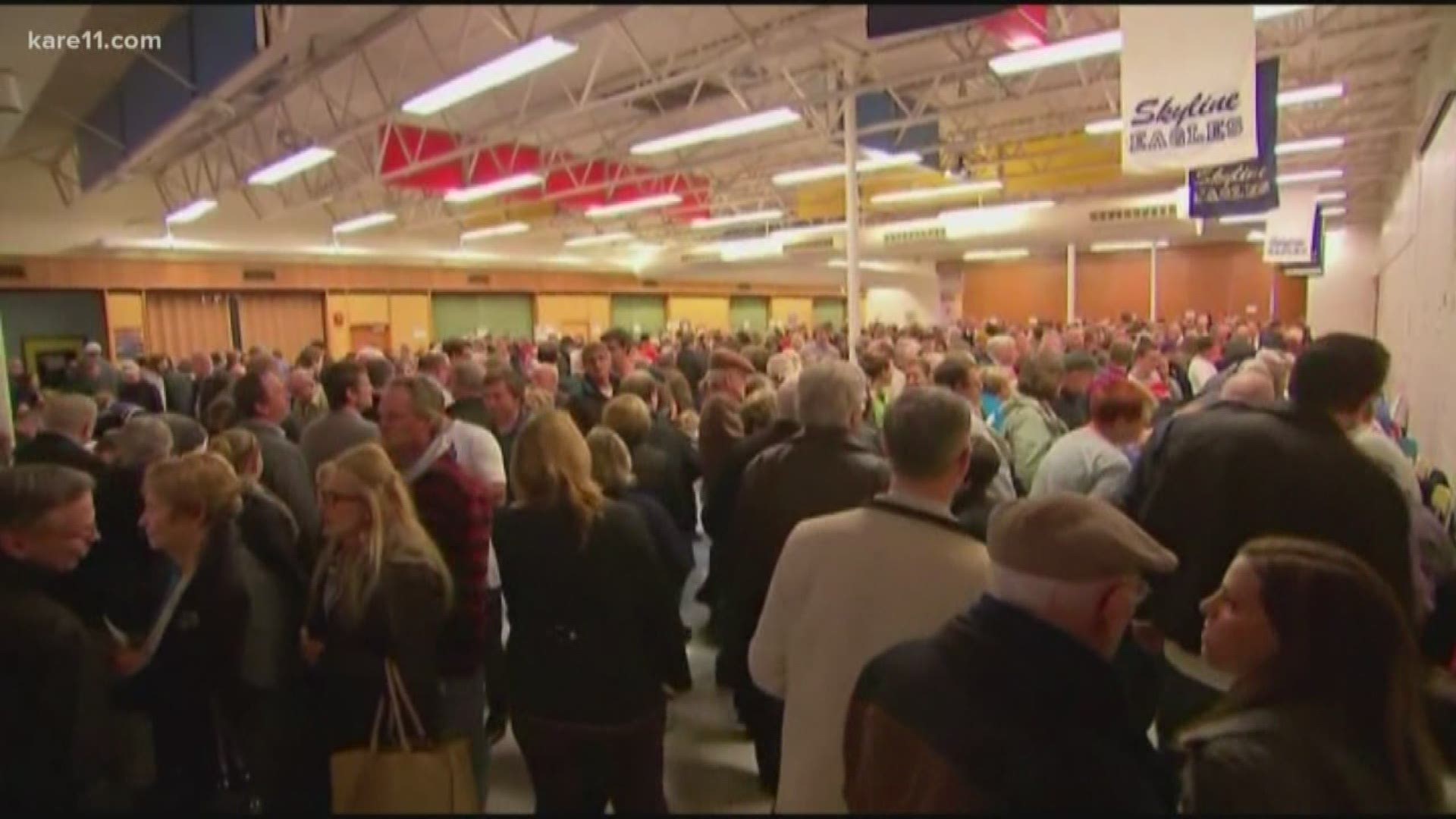 MINNEAPOLIS, Minnesota — Minnesota is on the eve of Super Tuesday, a monumental event that will go a long way in deciding which Democrat will wind up on the 2020 presidential ballot.

It will also be the first primary/caucus to be held following the decisions of Amy Klobuchar, Pete Buttigieg and Tom Steyer to drop out of the race, which leaves questions about which camp their supporters will turn to.

Residents of the Gopher State have actually been casting ballots since January 17 thanks to early absentee voting.

"It's a very big deal. This is known as Super Tuesday. There will be 15 states (actually 14 plus a caucus in American Samoa) voting. It will probably give one candidate a big boost," explained Larry Jacobs, a political science professor at the University of Minnesota's Humphrey School of Public Affairs.

The biggest change for Minnesota voters is our state moving away from the caucus system.

"The caucus was folks, who are interested, gathering in a local school or some other public area and you kind of jumped into the corner where you favored a candidate. But particularly in the Twin Cities and the suburbs, it was utter chaos. You had lines out the door, some people couldn't get in," Jacobs said.

According to Minnesota Secretary of State Steve Simon, Minnesota will be the first to open voting to all voters in the presidential primary. New Hampshire starts absentee voting first, but only for those with a designated excuse.

This will be Minnesota's first presidential primary since 1992.

"The main job of a primary is to determine how many delegates are going to be pledged to each candidate at the National Convention," Jacobs explained.

Candidates need to win at least 15% of the vote to get any delegates.

15 candidates are on the Democratic ballot, along with "uncommitted" as a 16th choice. On the Republican side, President Donald Trump is the only name on the party's ballot. There's also a write-in option but it's up to the party to decide whether to list the total number of write-in votes, or to tally them by name.

Voters will have to request either a Democratic or Republican ballot. A list of who voted in the primary and the political party each voter selected will be provided to the chair of each major political party. How a voter voted on the ballot will be secret.

Caucuses aren't entirely gone from Minnesota. For other party business, precinct caucuses will be held on the night of February 25.

Jacobs said, "Given the stakes, we're going to see a lot of Democratic candidates coming through Minnesota. it's important and I would urge everyone to vote. It matters."

You can find more answers to frequently asked questions, here.

RELATED: How to register to vote in Minnesota

For more information on Tuesday's presidential primary, text VOTE to 763-797-7215. You can also text that number to let us know about any issues at your polling places. Share your "I Voted" selfies as well!