Minnesota's two U.S. senators argue the Postmaster General's changes to the Postal Service may interfere with the November election. 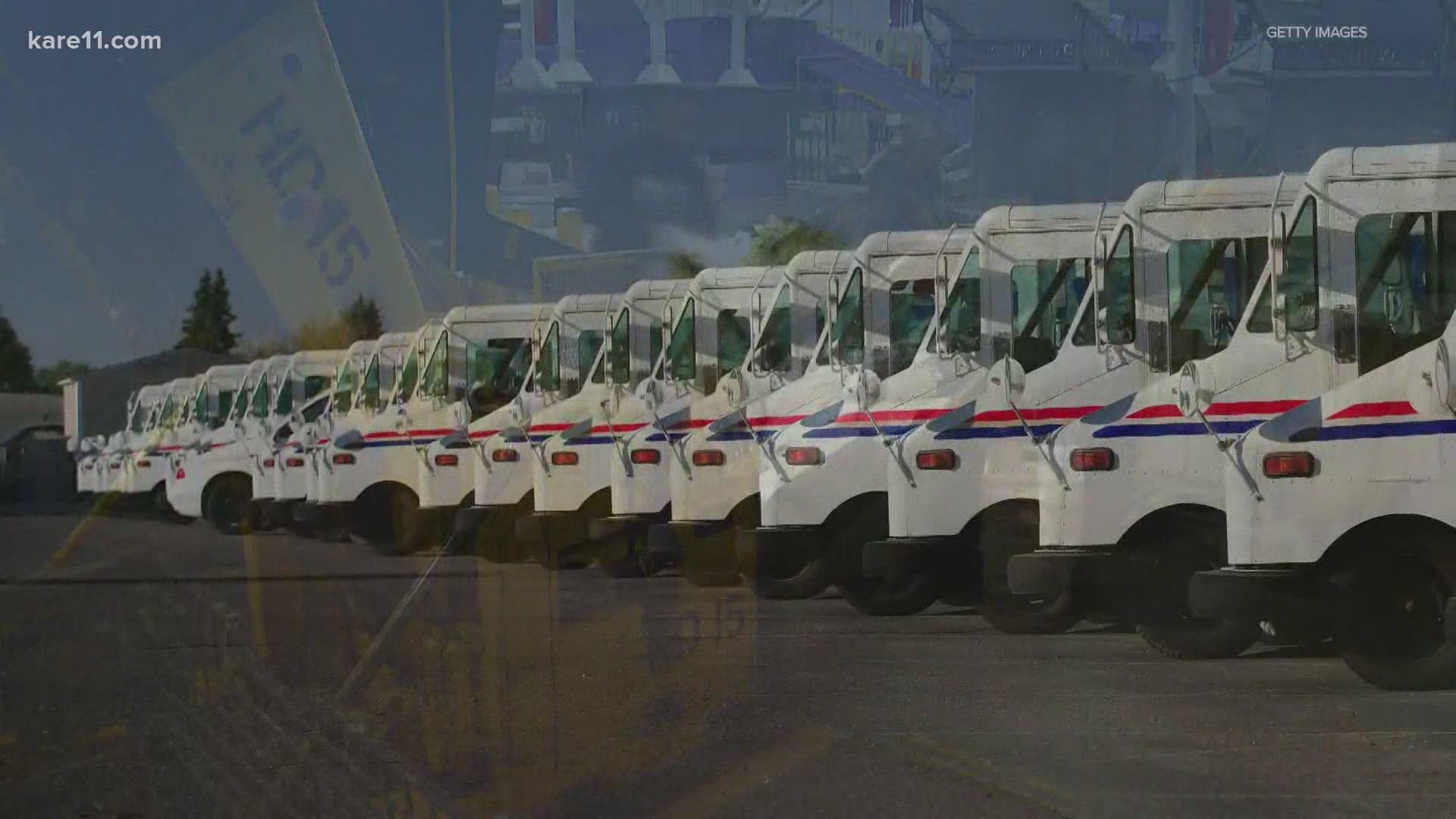 MINNESOTA, USA — This election we're expected to see a record number of mail-in and absentee ballots due to the virus.

On Friday, Postmaster General Louis DeJoy announced some new changes to make the postal service more efficient, but there are some who question these changes so close to the election.

"What it looks like is the postmaster general is undermining service and trying to make changes at the worst possible time," Minnesota Senator Tina Smith says.

Smith feels the timing of these changes is highly suspicious given that we’re only a few months away from the November election.

"it is hard not to be suspicious when you see the postmaster general, who is a big Trump donor, now at this exact moment taking steps that are undermining this service. Of course I'm suspicious and that's why I sent the letter yesterday."

In her letter to Dejoy, Smith asks why he decided now to remove or reassign more than 20 top Postal Service executives, why he decided to cut all overtime and freeze hiring.

She also asked DeJoy why some Americans are seeing delays with their mail and why a public housing building in Minneapolis apparently went without mail for over a week.

“That lapse of service is just unacceptable,” Senator Smith says.

In a statement, DeJoy says the changes he announced Friday will make the Postal Service more efficient, will reduce costs, and will bring in more revenue.

But Smith's colleague in the senate Amy Klobuchar agrees with her that something isn't right.

However, that wasn’t the first time Klobuchar publicly criticized our Postmaster General.

"The new head of the postal service is a crony of Donald Trump's and there's a lot of concern that the policies he's putting in place is slowing down the mail delivery,” Klobuchar said.

“And it’s all for one reason, it’s because he doesn’t want to allow people to vote.”

Postal service leaders in Minnesota say the changes that came out Friday will not impact local delivery service.

Leaders say if anything the changes may eventually lead to better service in the long run, because it will simplify procedures and streamline certain services.

At this time local leaders say they’re not aware of any mail delays in the area.