Preparing for the 'big melt': Three tips to keep your home from flooding

"With this amount of snow, it's going to be more water in basements than people have seen in years." 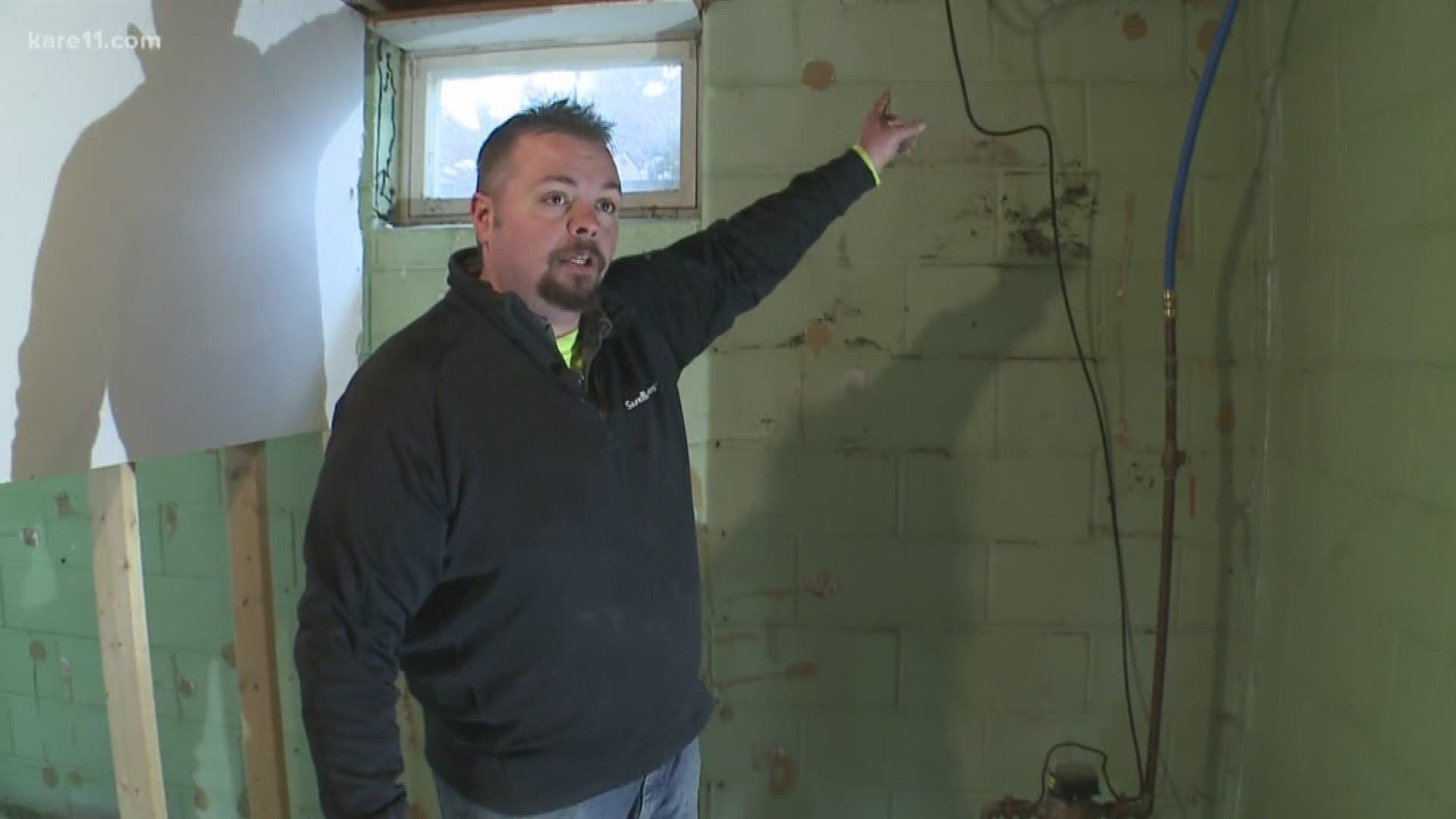 MINNEAPOLIS — You might be excited for all this snow to melt, but probably less so if it ends up in your house.

Ben Smith works for SafeBasements, a company that specializes in waterproofing homes, and says he's preparing for a flood of calls.

"With this amount of snow, it's going to be more water in basements than people have seen in years," Smith said.

To help prevent water from getting into your home, Smith has some tips.

1. Clear the snow from your roof.

"If you can't get your hands on a snow rake...set up a ladder, get up there with a shovel, and start removing some of that snow, especially off the bottom side [of your roof], so when it does start to melt, it has somewhere to go, that water can get to your gutters," Smith said.

2. Shovel around your house, ideally clearing three to four feet away from your foundation.

"The more snow you get away from your house, the less you're going to have running in," Smith said, "Especially, most people's landscaping is tapered away from their house. If you can get your landscaping cleared out, you're going to be in a lot better shape [when the snow starts to melt].

3. Check your sump pump and make sure your pump's discharge line is clear and not frozen.

"I can't emphasize that enough," Smith said, "Make sure you have it cleaned out, so it's not frozen, it doesn't get covered with snow."

Smith also recommends using a PVC pipe in the winter instead of a sump pump hose.

The hoses tend to be more flexible, so they can bend and create a space where water can settle in and freeze. If that happens, water can back up and possibly break your pump.

The PVC pipe is sturdier, so as long as it's pointed at a downward angle away from your home, you shouldn't run into issues with water backing up.