CHANHASSEN, Minn. - Talk about a surprise! You're watching a performance at Chanhassen Dinner Theatres, and the next thing you know, Prince is on stage. This isn't a dream, it really happened on Saturday. 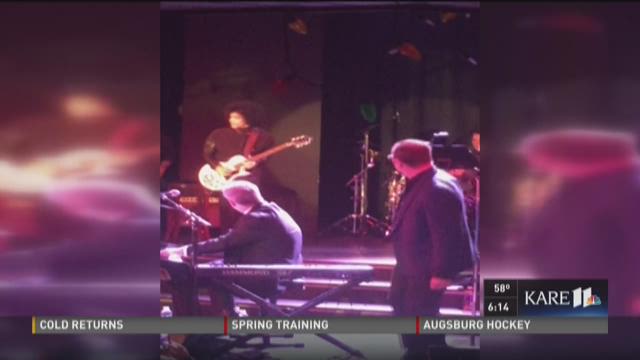 CHANHASSEN, Minn. - Talk about a surprise! You’re watching a performance at Chanhassen Dinner Theatres, and the next thing you know, Prince is on stage. This isn’t a dream, it really happened on Saturday.

Mick Sterling was doing a Ray Charles tribute show in the Fireside Room when "The Purple One" popped up to play along.

“We were doing a song called 'Let the Good Times Roll,' and we had gotten to the solo parts, and I handed a solo to the Hammond organ player and the piano player for the show Scottie Miller, who is unbelievable, it sounded so good that I wanted him to do it again. So, I told the band bring it down, and I had my head down, and Scottie had his head down and we heard a guitar playing. I thought it was Stephen Morgan our guitarist. I looked like five seconds later and there’s Prince on stage!” Sterling said.

“Nobody was really quite sure, it’s an extraordinary thing go, “Wow, that looks like Prince. That can’t be Prince. That’s Prince,” said Sterling, laughing over the experience.

When Prince shows up, it becomes a big deal. Staff at the Chanhassen Dinner Theatre created a special spot for the music icon to watch the show after learning he planned to attend Saturday afternoon. 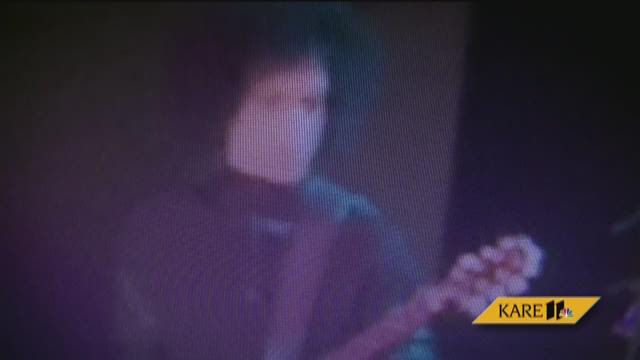 “We have an area that overlooks the theater that isn’t in use. There’s a pane of windows and we just removed the pane of windows, moved back the curtain and he had a great view of the stage from up there,” says Nick Haug, Chanhassen Dinner Theatres’ associate Marketing Manager.

Haug says, to their knowledge, this is the first time Prince has visited to Chanhassen Dinner Theatres.

But how big of a deal is it really?

“It’s a very hometown thing. He’s from here and the fact that he still hangs out here is a remarkable thing. He’s Mozart. He’s the Mozart of this time period that’s how creative he is.”

Mick says the night was double icing on the cake. He was also able to raise money for his 30 Days Foundation, which gives one-time grants to people in real-life crisis.

If you’re interested in where Mick is playing next, check out his schedule here.