“Every time one of us puts on this uniform, we’re telling the public that my life is less important than yours, regardless of your social, economic class or anything else.” 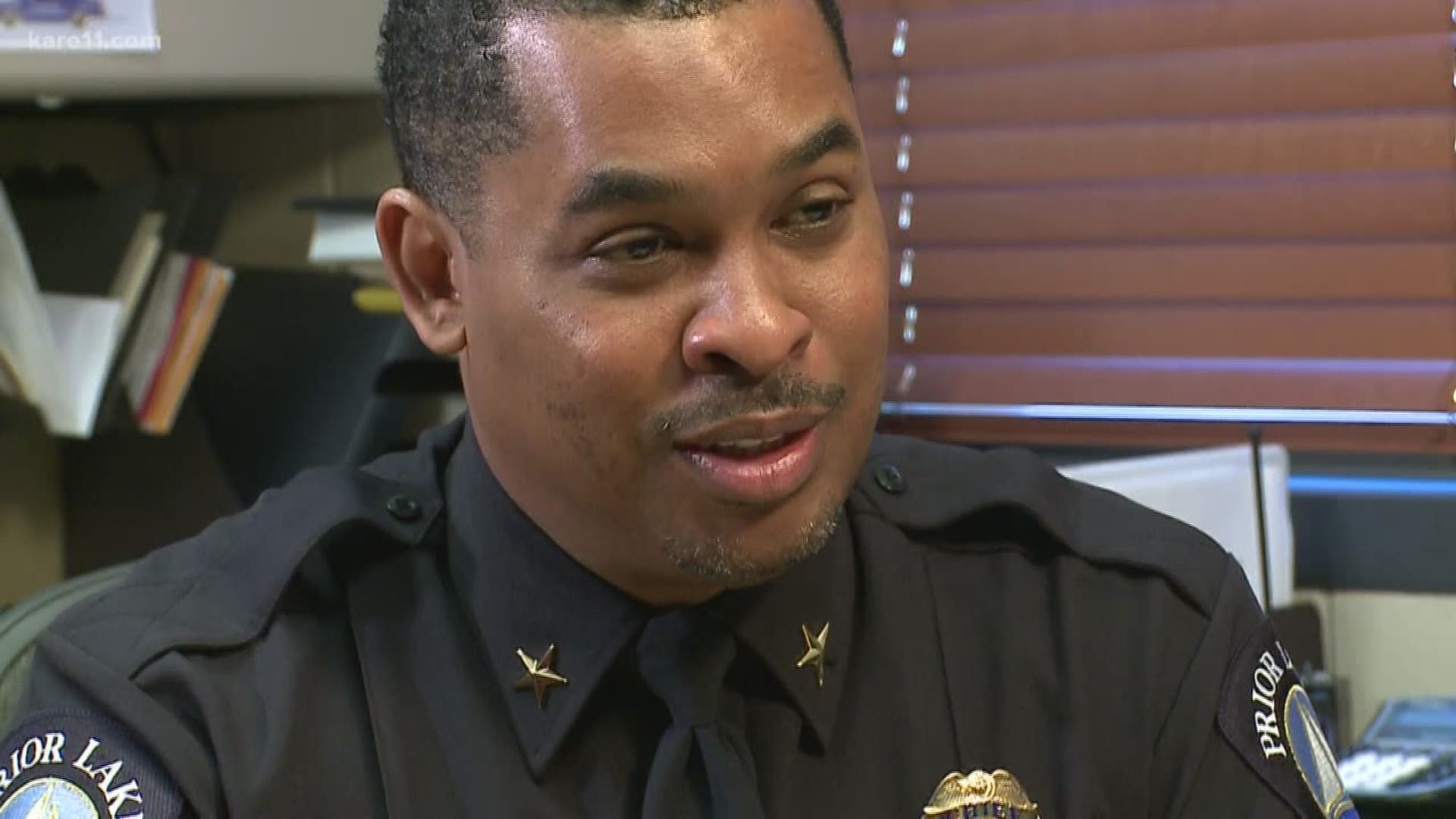 Booker Hodges remembers his very first experience with police. He was 12, living in north Minneapolis.

"My mom had died and an officer had referred to me and my brother, my younger brother, in a derogatory term,” said Hodges, who was named the interim police chief in Prior Lake earlier this month.

He could have had hate in his heart. Instead, he chose to forgive.

"You can't allow one act or one person to form your attitude or opinion about an entire group of people,” said Hodges.

Hodges went on to graduate from high school and then flew to Florida for college, where he found out he was reading at a fourth-grade level.

"It was actually kind of embarrassing for me, to tell you the truth," said Hodges. "I was in there with people who, this was their second language and this was my native language, and I still couldn't comprehend a lot of the concepts in the courses."

Hodges couldn't make it. He came back home and got a job parking cars in Minneapolis. But he didn’t allow himself to get discouraged.

"If I couldn't learn how to read, that was going to be a barrier to me for my entire life," he said. "So, I had to overcome the embarrassment."

So, Hodges taught himself how to read by watching TV news and comparing the stories to the newspaper. He went back to college and graduated with two bachelor’s degrees, then got his master's, and then his doctorate. At the same time, he was working his way up as an officer.

“I still firmly believe that law enforcement is the most noble profession on the face of the earth,” said Hodges. “Every time one of us puts on this uniform, we’re telling the public that my life is less important than yours, regardless of your social, economic class or anything else.”

Does he see himself as a role model?

“No,” said Hodges with a laugh. “I'm a perfect example that if someone is dedicated and willing to make the commitment to be a police officer that they can do it."

Hodges' interim contract is for six months, and at that point the next City Manager will decide what happens.